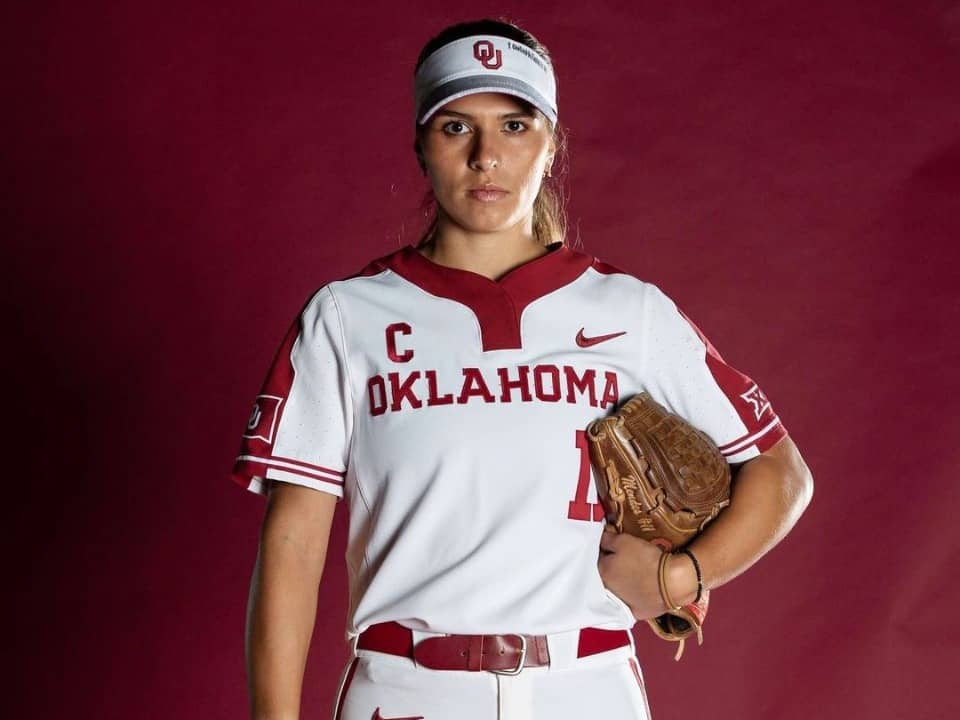 Nicole Mendes is an American softball player currently playing for the University of Oklahoma. Previously she has also played for the Mexican National Team and has also been named as Big 12 Championship All-Tournament Team in 2017.

Nicole was born to her father Paul and her mother Nina Mendes in her hometown of Houston, Texas. She has one sister named Brittany who is older than her. Nicole was pretty much homeschooled and spent most of her time practicing softball. Other than this, not much is known about her personal life and family.

For all three college seasons, Nicole has been a starter since her freshman year. She played in 60 games and led the team for a batting average and stolen bases and tied for the lead in triples. She ranked 29th in the country in hits and in April wrapped up a career-best 21-game hit streak. Against the University of Incarnate Word, Nicole earned her first career win in her OU pitching debut with two strikeouts in 1.2 hitless innings.

In 2018 as a sophomore, Nicole was seen in 60 games with 57 starts. She led the team with five triples and ranking 24th nationally. At the NCAA Norman Super Regional, she accompanied the team with a .714 batting average. With one game against Arkansas, Mendes managed to match a season-high with three hits and three runs and the same season registered her first multi-RBI game of the season in game two of Supers. In 2019 and the previous year, she also earned Academic All-Big 12 Second Team honors.

For the 2019-20 season, Nicole was selected as a team captain and also served as Vice President of the Student-Athlete Advisory Committee and then two years later as President. She finished the season with 12 triples making her tied for third in OU career history. Nicole missed the start of the 2020 season as she suffered from an ACL injury in fall 2019. But even after recovering, Nicole managed a 3-for-6 at the plate with two home runs and five RBIs.

Nicole is a passionate person and is not afraid to take on tough issues. She has become an icon for education regarding student­-athlete mental health and has fought to dedicated a game day to mental health awareness and education. On-campus, she saw as a voice for female athletes.

Nicole finds social media as a means to connect with her fans and audience and uses platforms such as Instagram and Twitter. On Instagram, she goes by the username @nicole_mendes__ and has over 19.9k followers. Her feed is filled with her captures from her game or other highlights. She joined Twitter back in January 2013 and as of 2021 has over 8k followers.

There are no details regarding Nicole and her relationship with anyone. She has not updated with the same or released any details. At the moment it seems she is more inclined towards her softball career rather than committing to a relationship. However, she could be dating someone in private.

Nicole has been a very well-known softball player at the college level and she also wants to compete in the Olympics in the future. Her source of income is from being a professional softball player over the years and as of 2021 according to sources, her net worth stands at $400k US Dollars.