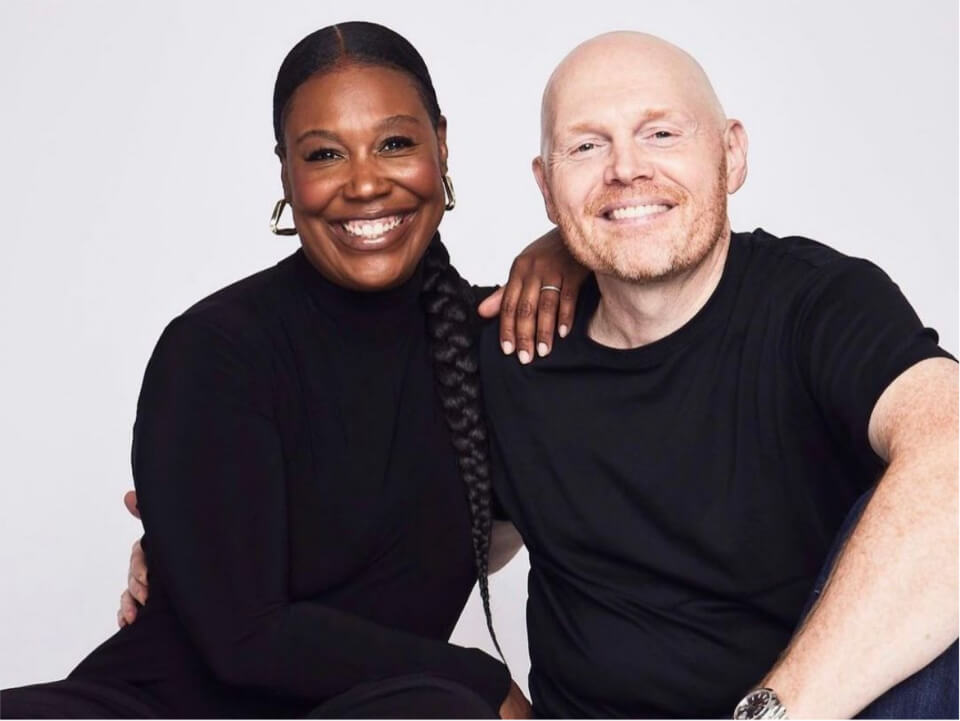 Nia Renee Hill is a well-known model, actress, filmmaker, and entrepreneur. She is famous for her role in the series Lila, Long Distance, in 2011, and gained attention with her work in the Santa Clarita Diet. She belongs to the Afro-American ethnicity and is known for marrying the popular stand-up comedian Bill Burr.

Nia Renee Hill was born on June 2, 1969, in a Christian family, in Boston, United States. Her parents are Ben Hill and Loretha Gaskill. Her father was from the Comedy industry which inspired Nia to get into the arts. It is revealed that her parents were separated legally when she was a child and she then lived with her mother, stepbrother – Trey, and stepfather. Nina received her schooling from Greensville County High school in Boston. She graduated from Emerson College with a Bachelor of Arts in 2000. Nia was a bright student from the start, and along with her studies, she was very creative and had an artistic mindset. She never left any opportunity to boost her skills as she even joined the acting school in Los Angeles and also pursued fashion design.

Nia Renee Hill is a famous multi-talented personality who has made her career in acting, social media influencing, filmmaking, modeling, blogging, and entrepreneurship. She has been a part of the television industry. Nia Hill started auditioning for roles after her graduation. In 2009, she did her first film Carpool and landed the role of Tasha Smyth in a TV Series Lila, Long distance, in 2011. She gained huge popularity after this series. In 2012, she appeared in the short comedy Did You Look for Work This Week. She was also featured in the comedy movie Pizzazz: Where’s My Movie. Her feature film debut was a comedy television series Divorce: A Love Story, where she was cast along with Adam Goldberg in 2013.

Nia did a cameo role in the comedy special ‘Sarah Silverman: Diva’ in the same year. In 2017, she appeared as Leslie in the Netflix horror-comedy series. “Santa Clarita Diet”. She gained massive audience attention with her work in this series. Other than being an actor, she was a casting assistant for the American drama television series The Education of Max Bickford (2001) and she worked as a coordinator in “Chappelle’s Show” in 2003. As an author, she wrote a book – Love and Beauty. She is moreover interested in blogging and has an Entertainment blog “Xo Jane” where she talks about her lifestyle. Nina voices and co-created the animated comedy-drama television series with Bill Burr for Netflix.

This talented actress got married to the famous American Comedian Bill Burr in October 2013. Bill is also an actor and a podcaster. Sources say they met in a comedy show for the first time. The couple dated for more than 3 years. She often shares glances of her personal life on social media and many YouTube channels have featured them as a fun couple but other than that she doesn’t like to share her personal details in public. She gave birth to her daughter in January 2017.

Nia has managed to maintain a pretty good lifestyle as she earns her income from various sources. Her estimated net worth is $1.2 million and she is quite active on social media. Her official Instagram account has a following of over 56.7k followers. She posts her gorgeous pictures and her account seems very professional. Nia has a Twitter account with 64.9k followers. She also has over 1.49k subscribers on her YouTube channel.