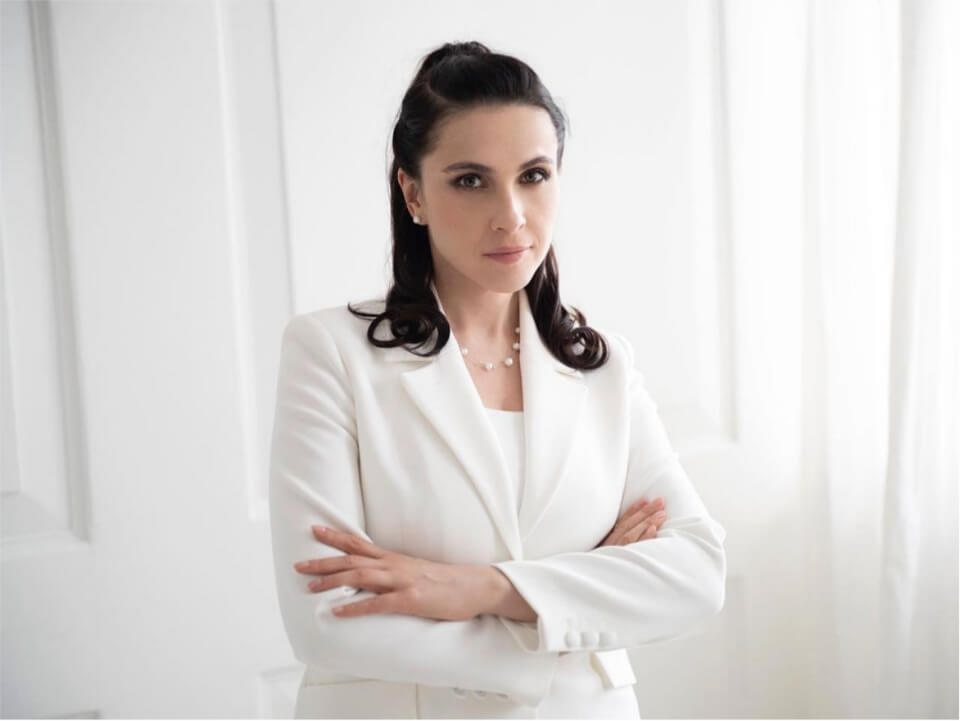 Nailya Asker-Zade is a reporter, Russian journalist, and TV presenter. She is an award-winning personality, honored with laureate of the TEFI-2018 award.

Nailya Asker-Zade, born on 13th December 1987, was brought up in Baku, where she spent her childhood days with her family. She received her graduation from the French special school in Volgograd with a gold medal and later entered the faculty of economics at Volgograd State University. From 2017 to 2019, she received her master’s program in International Finance, where she also wrote a master’s thesis on “the consequences of sanctions on the Russian financial sector.”

Nailya’s mother’s name is unknown, but she was a certified nurse during her time in the physiological department of the maternity hospital. Nailya’s father’s name is Vagif Asker-zade, who was a geophysicist earlier and later went into business. Her grandfather was a captain of the 1st rank. Soon after the birth of Nailya, her parents got divorced. Her father stayed in Baku, and later, he died in 2018. She was brought up along with her other sibling- a sister- Inara Asker-zade, who is known to be working at VTB.

Nailya Asker-Zade, the proficient TV presenter and reporter, moved to Moscow and trained herself in economic news at NTV. She worked at RBC-TV as International Editor, with a combination of other work in the financial department of the Kommersant publication for at least three years from 2007 to 2010. Later, she relocated from the economic department to the economic block of the Vedomosti newspaper, where she worked from May 2010 to August 2011.

It is known that she has been filming the Dangerous Virus documentary series while working against the pandemic COVID 19 in Russia (the documentary being filmed in the Vector Novosibirsk laboratory). As part of the filming, she interviewed exclusive shots of various people or personalities, worked on the different treatment protocols, and took footage of the “red zone” from the hospitals. On 25th October 2020, she released one of her films, “A Dangerous Virus. Rescue Plan”, where many different personalities gave their perspective about the going on and the upcoming scenarios regarding the Russian economy. At the end of 2020 and 2021, she released films “one” and movie “two” as part of her film cycles.

She worked as the host of the Direct Line with Vladimir Putin program on 30th June 2021, and in the same year, she worked on the filming of the events of 1991. The film was later shown on Russian television on the Russia-1 TV channel. There were two films called “GKChP 30 years later,”- released on 15th August 2021, and “30 years without the Union,”- released on 5th December 2021.

Nailya hardly talks about her family, personal details, and past love relationships. She has posted all of her single pictures on Instagram and has given no clue regarding her relationships or no insight into scenes of her work.

Nailya Asker-Zade is available on Instagram with her complete name in the Russian language. She has highlighted her bio with the words, “TV presenter Russia 1, Observer, News TV anchor, Russia 1 TV Channel”. She has also given the link to her telegram page, where she is available by the name @NailyaA_bot. On Instagram, she has got 123K followers with 1900 posts, with only 60 in the following list. Also, seeing her photos on Instagram, it seems that she is a nature lover as she posted a series of beautiful pictures in the park showing the autumn climax and a beautiful goodbye to the last day of the season.

Nailya Asker-Zade must certainly be earning well, somewhere around $5 million. She is an aspiring and motivated personality who often takes risks in describing her work with artistic technique.