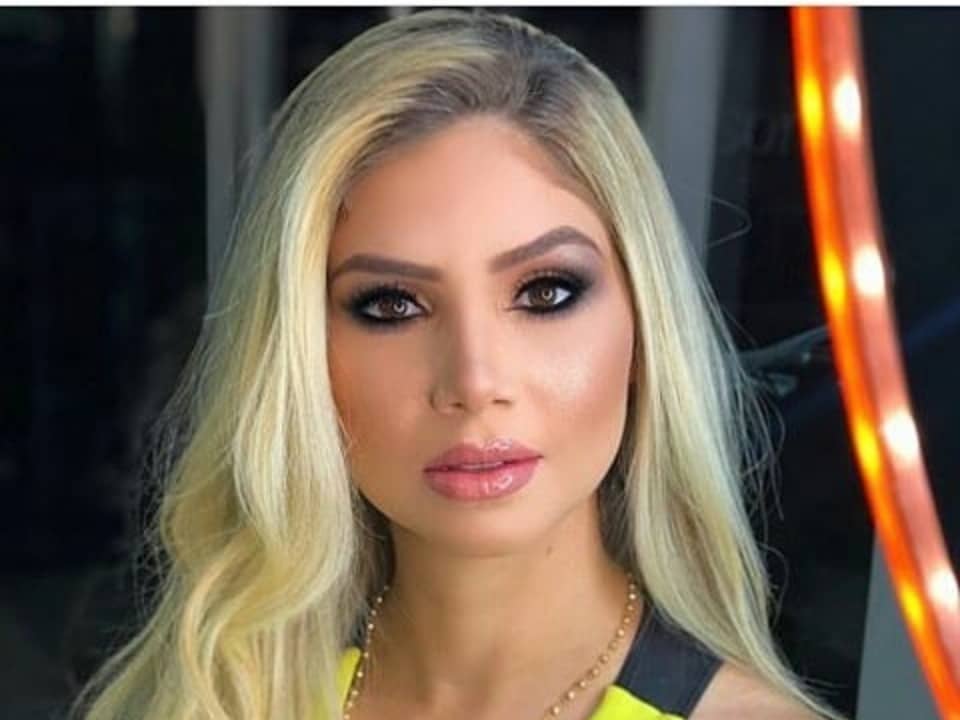 Camila Angelo is a Brazilian model famously known to be the wife of Brazilian footballer Hulk and niece of his ex-wife Iran Angelo. She has been in a lot of media attention due to her marriage and relationship with her aunt’s ex-husband. She has recently announced being pregnant and is expecting her first child.

Camila Angelo was born in the year 1989. She is known to have been really close with her aunt Iran Angelo who also considered Camila as her own daughter. However, information about her parents and background is unavailable. We are trying our best to find out. Camila is believed to have completed her high school education and also appears to have pursued her further education in medicine which is assumed through her social media page. However, she has not shared any confirmed information about her education as of now.

Camila appears to be a medical practitioner which is assumed through her social media post depicting her of wearing a stethoscope. She has not confirmed anything about her career as of now and the details are unknown. Moreover, she also is a model and a social media personality with a huge fan base of over 32k followers on her fan account.

Camila is currently married to her boyfriend and Brazilian football player Hulk since March 2020. They got married only after 3months of dating as Camila needed a Visa to stay with Hulk. The two have been dating since 2019 and are currently expecting their child together. They announced Camila’s pregnancy through social media in September 2021.  Hulk was earlier married to Camila’s aunt Iran Angelo for 12 years and also had three kids with her, 2 sons and a daughter. He is now expecting his fourth child with Camila. The two are currently settled in China.