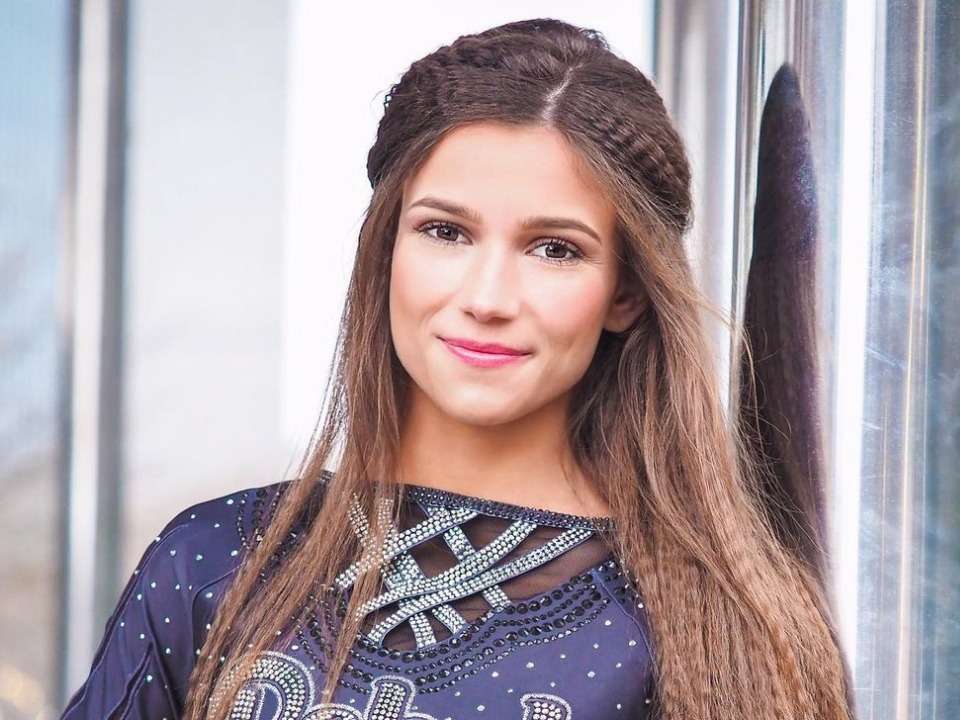 Morgan Simianer is an American Cheerleader and a Social media influencer. She has 9 million likes on her Tik Tok account, 1.2 million fans on Instagram, 14.5 thousand subscribers on YouTube, and 25.8 thousand followers on Twitter. Her work also includes appearing in a Netflix Series named Cheer. She has also met Kendall Jenner on The Ellen show.

Morgan Simianer was born on 9th October 1997 in Osage, Wyoming, United States of America. The names of her mother and siblings have not been shared but she has gone through some rough patches with her family.  While she was attending her high school, her mother left the home and she was forced to live with her father and his new wife and children along with his brother. Later when his brother named Wyatt turned 18, he left the house to find his mother. When their grandparents came to know about the situation they invited her to live with them. Morgan has completed her high school studies, but the name of her school has not been shared with the media yet. For her further and higher studies, she went to Navarro College in Corsicana Texas.

Morgan began her career as a cheerleader for her college. She was trained by Monica Aldama.  Her body is quite flexible and she usually flaunts it on her Instagram account.  She has been on the cheer team for more than two years and has won two National Championships with her squad. She also received an opportunity to appear on The Ellen DeGeneres Show with the rest of her team members. Her job does not include cheerleading but she is also very much into fitness and lifestyle.

She shares a lot of those content on her social media where she has a huge fan following. Morgan has recently appeared on a Netflix show named Cheer. Since then she has received a lot of attention globally. She has also met Kendall Jenner who is a Victoria Secret Model. Her social media account shows that she posts a lot of content about fitness and lifestyle. Even will the future she will be entertaining her fans with those photo shoots or videos.

In August 2018 she began dating Brad Markey who is a Baseball Player of former Chicago Cubs Player. The couple used to share a lot of their memories together on social media. According to sources recently couple has decided to split due to personal reasons.

Morgan has earned a lot as a cheerleader. She has appeared on Ellen Show and a Netflix film and many other interviews. Her other sources of income come from being a social media influencer, sponsors, and appearing at the events. According to sources her net worth has been estimated around $100 thousand.