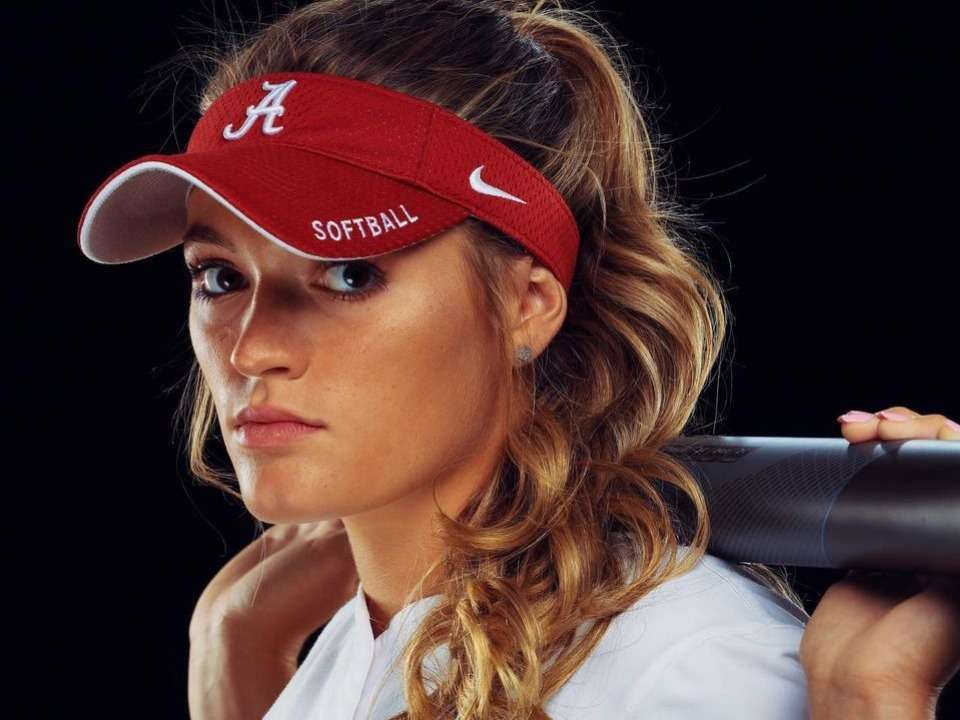 An American softball player, Montana Fouts is probably one of the biggest attractions in the college softball sport. She plays for her college team popularly known as Alabama Crimson Tide. She plays with full focus and determination to lead the team. Fouts is on her journey to become the best of the rest and get fame through her play. At the moment, she is considered one of the best pitchers in the college softball NCAA division in the country along with Jocelyn Alo.

Montana was born on 4th June 2000 in the US while she grew up in her hometown of Grayson, Kentucky to parents Tim Fouts and Stephanie Williams. She shared her childhood memories with one brother, Cody, and two sisters, Madison Fouts and Makayla Williams. Montana lived in a happy family where they share their happiness, sadness, and sorrow together. She got the full support of her family to follow her heart. Talented Montana attended the East Carter High School where she played for the high school softball team and emerged as the best player by achieving many accomplishments. Later for her higher education, she went to attend the University of Alabama, where she served as an All-American pitcher for the Alabama Crimson Tide softball team.

Montana started playing baseball in high school. In her freshman year in 2019, she made 33 appearances, including 24 starts. Also earned 21 wins with a team-leading 1.39 ERA, both of which ranked third in the SEC. later on, 8th February 2019, made her crimson tide debut against Troy, securing the complete-game victory with one run allowed on 4 hits with 9 strikeouts. She pitched complete games shutouts simultaneously at the Women’s College World Series against Arizona on 1st June 2019 and against Oklahoma on 2nd June 2019, striking out a combined 14 with just seven hits allowed.

During her sophomore year, in 2020, she started eight games during the shortened season. Later, on 7th February 2020, threw 7.0 innings in her season debut at Florida State, allowing 3 runs, 2 earned, on 4 hits with 7 strikeouts. She initiated her junior year in 2021 and started 29 games, throwing double-digit strikeouts in 20 of them. On March 3rd March 2021, fanned a career-best 16 batters in a complete-game shutout over Mississippi State. Recently, on 22nd May 2021, threw a pair of complete-game shutouts against Clemson at NCAA Regionals, Striking out 28 batters over 14.0 innings.

The athlete has been seen much active on social media. Glancing her social media, it is known that the baseball personality has generated a decent number of followers on her Instagram @mfotus14 which is around 135K. Where she posts her victories and pictures with her friends, family, and an adorable dog named Suga. While on her Twitter account, she enjoys around 33.2K followers under the username @MonatanaFotus.

There are no traits available about Montana’s personal life and past relationships as she appears to stay confidential regarding the information and wants to keep her love life away from the media. So, for time being, we assume that she is single and soon will update once she finds the love of her life.

Montana Fouts is a rising softball player from the US and has got a lot of potential as stated by former softball legends. Overall these years of experience, she has gained a lot of knowledge and learned so many new techniques and is expecting more. She has been able to accumulate a decent sum of wealth which is estimated at around $5 million. Montana mostly generates her income which she earns from her professional softball career. She is currently in the early phase of an outstanding career and is expected to earn a lot of income and has the potential to list billionaires.