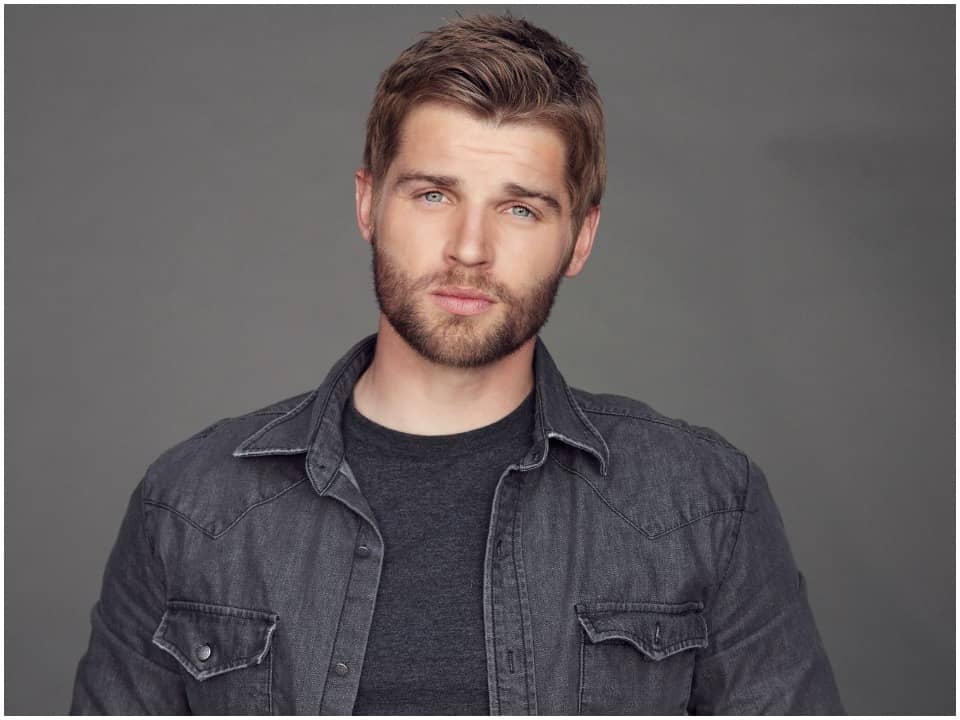 Mike James Vogel is an American model-turned-actor and producer, known for his opening performances on the TV show ‘Grounded for Life’ and in movies such as ‘The Texas Chainsaw Massacre’ and ‘The Sisterhood of the Traveling Pants. He has also appeared in several films and series, like- the case for Christ, Under the Dome, Blue Valentine, etc. Mike added yet another achievement to his flourishing career after playing one of the most liked characters Cooper Connelly in Netflix’s Sex/Life.

Mike Vogel was born on 17th July 1979 in Abington Township, Pennsylvania to Kathy and Jim Vogel.  He was raised in Warminster, PA, along with his two younger siblings, brother Daniel Aaron, who is now a filmmaker, and sister Kristin. He is of German descent, both of his grandfathers fought in World War 2; one was a tank commander who fought in the Battle of the Bulge, and the other was a Seabee in the Navy. After choosing different career paths in his early days, Vogel ultimately decided to pursue a career in the entertainment industry.

Mike Vogel went to the ‘William Tennent High School’ in Warminster, where he was part of the wrestling team in his freshman year. In 1998, he enrolled at ‘Cairn University in Langhorne, PA. He also studied history at the ‘Philadelphia College of Bible’ for a year. He enrolled at the Lynette Sheldon Actors’ Studio in New York and completed his acting graduation.

Vogel started his TV career as a contestant in the ‘Nickelodeon’ action-sports competition series ‘Guts’ and then got a modeling assignment with ‘Levi’s’. His first real TV project was ‘Fox Network’s popular comedy series ‘Grounded for Life’ (2001) which was on air for 4 years between 2001 and 2005.  Vogel got his first break on the big screen, in the ‘Warner Bros.’ teen comedy ‘Grind’ (2003) and Immediately after the movie was released, he was offered the lead role in ‘MTV’s musical version of ‘Wuthering Heights. Vogel’s last 2003 role was in the remake of The Texas Chainsaw Massacre, which was released in October and had high box office performance.

His next big release of the year 2005 was the Anne Hathaway-starrer crime drama ‘Havoc.’ He welcomed 2006 with his blockbuster movie ‘Poseidon,’ which amassed huge revenues at the international box office. For the next few years, he maintained a constant presence on the silver screen, with movies such as ‘Caffeine’ (2006), ‘The Deaths of Ian Stone’ (2007), ‘Open Grave’ (2009), and ‘Across the Hall’ (2009). In 2010, he made a comeback on TV with the ‘CBS’ medical drama ‘Miami Medical’.

Vogel was part of the 2011 comedy film What’s your number? and plays Johnny Foote in the film adaption The Help. In 2013, he participated in Howard Goldberg’s comedy Jake Squared and appeared in McCanick. His more recent works include movies such as ‘The Case for Christ’ (2017) and ‘Battle of the Sexes’ (2017) and TV shows such as The Brave’ (2017–2018).

Mike married his girlfriend, former model Courtney, in 2003. The couple has three children. Their oldest daughter, Cassy Renee Vogel, second daughter, Charlee B Vogel, and a son, Gabriel James Vogel. Mike Vogel has a huge fan following of 177 thousand people on his Instagram account. He is a very famous personality and has 78.3k followers. He doesn’t have an account on Facebook but has an official fan page with 12k followers.

Some sources claiming that Mike was listed at No. 1 spot on People under the top 10 highest-paid actors for 2021 with an estimated $96 million in combined earnings. Although, no proper evidence could be discovered that supports this claim so for now his net worth is estimated at around $2 million which seems quite possible. His wealth comes from his nearly two-decade career as an actor and his brief career as a model.