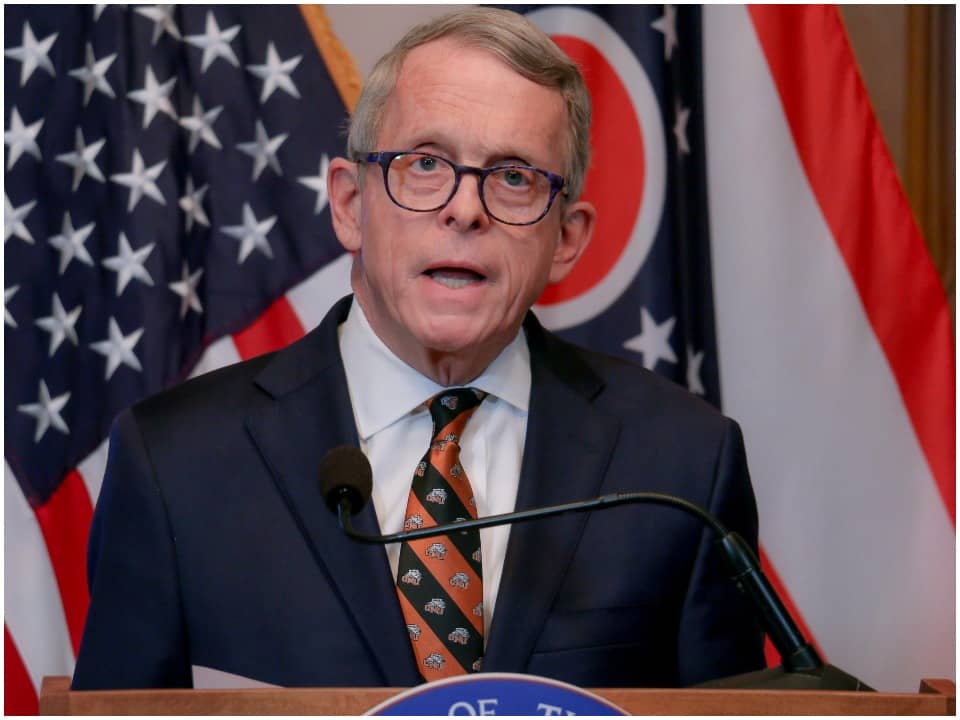 Mike Dewine is an American politician and Lawyer currently serving as the governor of Ohio state. He is a member of the Republican party and became the 70th governor of the state in 2019. He has previously served as Ohio’s Attorney General as well as Lieutenant Governor of Ohio.

Mike was born on January 5th, 1947 in Yellow Spring, Ohio. He was born to his parents Jean Ruth and Richard Lee Dewine. Mike is a Roman Catholic and was born in a family of Irish descent. He is not known to have any siblings and is believed to be a single child to his parents. He is the second cousin to Ohio Republic Party chairman Kevin Dewine.

Mike has not shared much about his early education but it is believed that he completed his high school education at a local school in Ohio. He further went to pursue higher studies and joined the Miami University in Oxford, Ohio. He graduated with a Bachelor of Science degree in Education in 1969. Mike further wanted to pursue law and went on to attend the Ohio Northern University College of Law from where he graduated with a doctorate in law (Juris Doctor) degree in 1972.

He started his career as a Lawyer at the young age of 25 when he was the Assistant Prosecuting attorney. In 1976, he was appointed as the County Prosecutor. He served in the position for around four years before leaving the job. He then started working as a member of the Ohio Senate in 1981. Mike worked there only for about a year and became a member of the US House of Representatives from the Ohio District in 1983. He took over Bud Brown and served at the position for about eight years till 1991. He left the position and went ahead to run for the elections for Lieutenant Governor of Ohio State.

The same year, won the election and became the 59th Lieutenant Governor of Ohio in 1991. He served under then Governor, Voinovich for four years before leaving the position in 1994 to assume the seat as the United State Senator. He had been running for the position since 1992 and was unsuccessful twice. Mike finally won the elections in 1995 against attorney Joel Hyatt. He lost the elections in 2006 and had to step down. After that, he started to work as a professor at his Alma Maters Miami University and Ohio Northern University. In 2006, he also joined a Law firm named Keating Muething& Klekamp as the group chair of Corporate Investigations.

Mike was in a lot of media attention due to the mass shootings that took place at Dayton, Ohio during his tenure as governor in 2019. Many people were injured in the attack and the reason behind the shooting was considered the lack of gun control measures. Mike ordered the seizure of firearms and also made new regulations for background checks while issuing firearms. He was also in news for his stand towards prohibitions on LGBTQ marriages. Mike also sponsored the Federal Marriage Amendment act which prevented the same. He is also often talked about in media and the general public for his political and judicial stands towards the opposition to Death Penalty and his views on Abortion.

Mike has taken several steps to ensure the well-being of society as a Governor. He recently took action during Covid 19 pandemic and canceled the Arnold Festival to ensure there is no further spread of the virus. Mike also provided fund and financial assistance for Covid 19 causes and also took steps to close down schools and restrict mass gatherings. He has also taken steps for various social and political issues over the years like his support towards restrictions on Marijuana, took steps for Highway safety measures, closing down Pills mills that caused the Opioids epidemic, etc.

Mike has not shared much about his personal life but is known to be married to Frances Struewing. The couple got married on June 3rd, 1967. They had eight children together unfortunately one of which died in a car accident in 1993. Their children are Pat, Rebecca, Mark, Alice, Anna, Brian, Jill Dewine although the name of the child who died isn’t available at the moment. Currently, one of his sons, Patrick Dewine is serving as the Ohio supreme court Justice. His family is known to own the Minor League Baseball team Ashville Tourists.

Mike has been working as a politician and attorney for decades now and has been highly active and professional in his career. He has held several crucial positions and even currently sits as the Governor of Ohio. He has managed to earn a lot of wealth and respect. His net worth as of 2021 is estimated to be around $30 million.