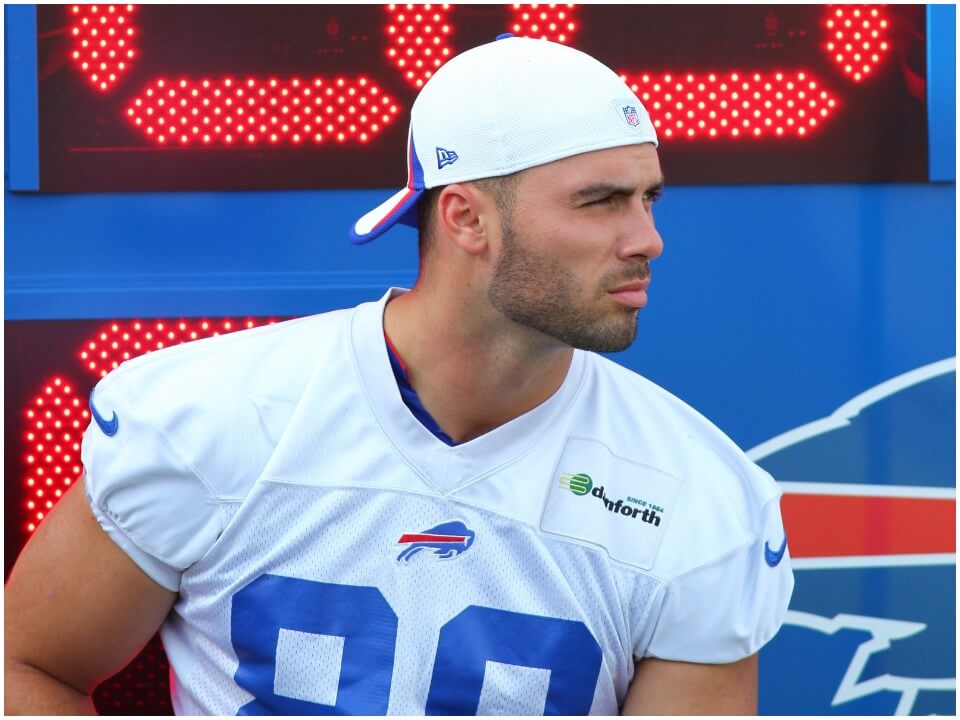 Mike Caussin is a talented American Football player and has been drafted in NFL teams. He plays at a position named tight end. In his entire NFL career, he has a score of 5 receptions, 41 receiving yards, and 0 receiving touchdowns. He owns a join Instagram account with his wife where he has 27.7 thousand followers.

Mike was born on 26th February 1987 in Springfield, Virginia, United States of America. The information about his parents and siblings has not been shared with the media yet. He holds an American nationality. Mike attended West Springfield High School where he used to be active in playing sports. He played football for the school team. For his further and higher studies, he went to James Madison University where he played for James Madison Dukes Football team.

On 16th July 2014, he left the bulls and signed to Washington Redskins in July 2014. The next month he was placed on the injured reserve list. He has been committed to them since 2014. However, his professional career came to an end because of injuries as he was included in the list of injured reserve in August 2014. He currently is spending some quality time with his children and along with that he also went through emotional ups and downs due to divorce.

Mike is currently all over the news because his wife has filed for Divorce and has ended 6 years of their marriage. He has undergone treatment of rehabilitation as well. According to sources he likes to deal with controversy as a professional and tries to clarify his fan’s queries.

On 2nd December 2014, he was engaged to Jana Kramer who is a Country music singer and Actress. The two tied the knot on 22nd May 2015 in a private wedding ceremony. The Couple is blessed with two children named Jolie Rae Caussin and Jace Joseph Caussin. In August 2016 they were going to separate their ways because he was involved in a cheating case and was admitted to a rehabilitation center for sex addiction. Next year in 2017 he was improved and they reconciled their wedding vows. Recently in 2021, Jana filed for Divorce from him.

Mike has generated his income from his Football career. He played various matches and has been on the contract as well with the team. According to sources his net worth has been estimated at around $2 million. His other sources of income come from brand endorsement or by attending events.