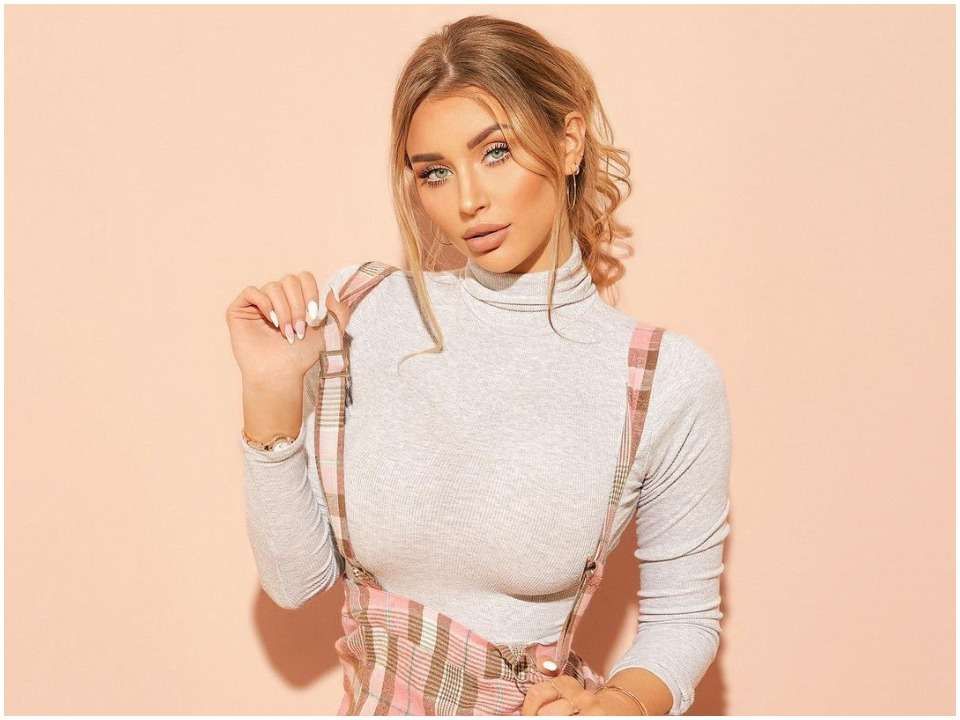 Mikayla Demaiter is a Canadian personality who is famously known for her modeling career and for posting various sensational or eye-appealing pictures on her Instagram feed. Earlier, she used to hang on the field with her gloves wearing the protective pads on the floor of ice hockey but when she turned 19 she decided to turn towards modeling. Currently, she is known to be working as a freelance model. Previously, she was earlier known to play for the Hawks PWHL Jr team.

She has also served as a Sportz influencer and ambassador and simultaneously shares her modeling content on her social media including Instagram, where she has gathered around 1.2 million followers. Mikayla often showcases the pictures of her selfies standing or sitting in different places or while enjoying the natural views. She first began her modeling career with her Instagram where she started sharing modeling photography and then she turned out to different agencies to collaborate with solemn work in hand. She first started her modeling back in January 2017 and is now said to be partnered with the agency called Verge.

Mikayla Demaiter, who is known to be born on 14th May 2000, turned out to be 22 this year and is known to have received her graduation from Western University. However, she has not described details regarding her siblings and her parents. She is very conservative and stays tuned on her Instagram profile only related to her modeling career and nothing else.

Mikayla has become the talk of the internet and the industry after she posted stunning pictures in her bikini on her Instagram profile. The 22 years old Canadian ice hockey goalkeeper, who turned out to be a model and decided to quit her ice hockey career, has gathered more than 413K followers on her Instagram with a lot of her eye-catching pictures and videos.

At the age of 19 in June, Demaiter decided to say “goodbye” to ice hockey and thereby announced her retirement from her ice hockey career. Her step came into existence after she suffered because of a severe knee injury, the major twist of her life. Unfortunately, not much is known about the hockey career of Mikayla Demaiter, however, the only thing is certain that she often remains active on her Instagram profile where she posts the picturesque images of her clothing outfit, be it formal, informal, or even bikini.

Once revealing that she is now turning her career towards modeling on her Instagram profile, she said that there will be mornings, new adventures, and new friends and she now hopes to have the support of people following her through her Instagram feed and would like to embrace their love with her passion. Be it the scene of a swimming pool or simply at the beach, she has stunned everyone with her styling and fashion sense. Also, according to her Instagram bio, she says that she is a “Hockey goalie. Canadian” and describes herself as the ‘sexiest goalkeeper’ in the sport.

Mikayla is known to have had a romantic relationship with Dan Davies. After getting separated from Dan, she became the girlfriend of the known NHL hockey player Kurtis Gabriel. Even though Mikayla had remained quiet on her romantic linkups, through her Instagram profile, it is known that she is connected with Kurtis Gabriel

As she has ventured her career along with severe physical changes, it is not surprising to say that she has undergone various plastic surgeries and often takes the help of botox injections to produce her readiness for her modeling career. However, Mikayla herself never came in front of the camera to talk about the rumors of plastic surgery.

Through her Instagram feed, it seems that Mikayla Demaiter has achieved a lot from her modeling career. She is excelling in the field with her fashion sense and the adoring vibrant colors of clothing. After seeing her modeling pictures, it can be said that she is producing enough money to provide herself with luxurious facilities that range somewhere around $1 million.