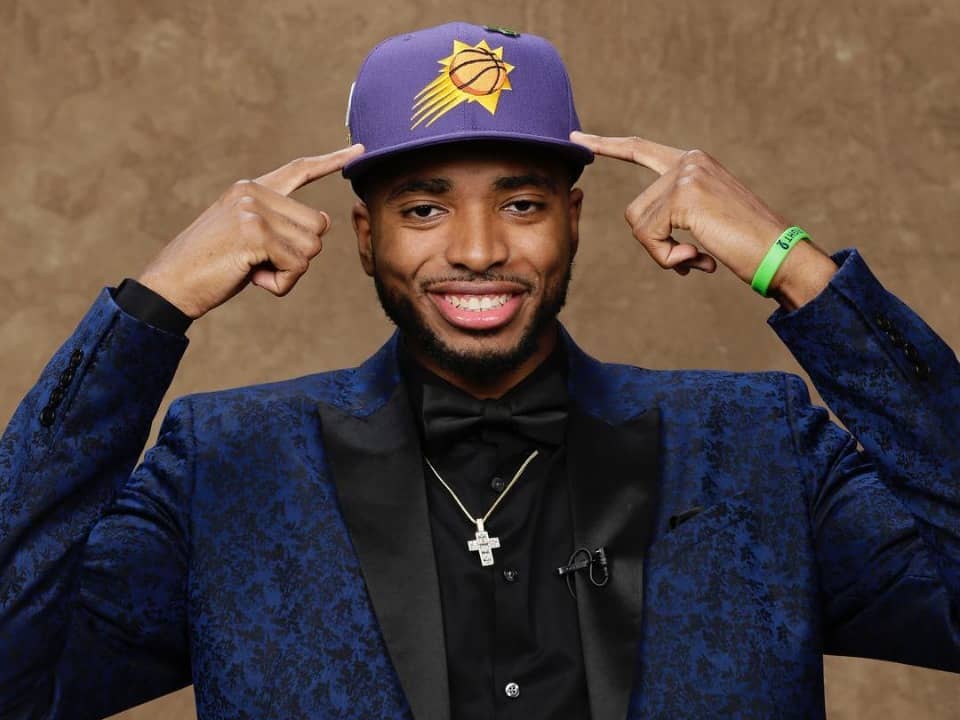 Mikal Bridges is one of the standout players for the Phonix Suns who is leading his side for the NBA finals. In 2018, Mikal Bridges is a shooting guard/small forward for the Suns and along with Booker, helped team to win the 2nd game and give the upper hand to his squad. He formerly played for the Villanova Wildcats as well.

Mikal Bridges was born in Philadelphia, Pennsylvania, on August 30, 1996. As a child, he was enamored with the game of basketball. Bridges is the son of Jack Bridges and Tyneeha Rivers, a single mother who gave birth to him at the age of 19. Korey, Eric, and Jack Bridges are his siblings. Mikal was raised by a single mother but despite this, his father was also a part of his childhood. Mr. Bridges bolstered his son’s confidence in his abilities by taking him to local courts to play against harder opponents. His mother was not left out of his instruction. When Mikal missed a free throw, Tyneeha Rivers would have him perform ten pushups.

Jim Nolan coached him at Great Valley High School. He began to take basketball seriously in his sophomore year when he experienced a growth spurt and grew to 6-6. Mikal averaged 20 points and eight rebounds per game as a junior. He was chosen First Team All-Class AAAA during his senior year.  As a senior, Bridges was named to the Philadelphia Inquirer’s first-team All-South-eastern Pennsylvania boys basketball team. He was listed as the 82nd best player in the country by ESPNU coming out of high school, and he committed to Villanova in June 2013. Bridges redshirted his first year and aided in player scouting. He started all 40 games for Villanova in his first season with the Wildcats.

In the 2016 NCAA Tournament, he played a significant role off the bench, scoring 11 points in a blowout of the Oklahoma Sooners in the Final Four. For the first time since 1985, Bridges and his colleagues won the NCAA championship for the school. He had a reputation as a lanky striker who could score and defend well, often guarding the opposing team’s best player. He scored 13 points in the NCAA Tournament to help Villanova beat Mount St. Mary’s in the first round.

Bridges averaged 9.8 points and 4.6 rebounds per game, converting 54% of his field-goal attempts and 39% of his three-point attempts. As the season continued, he upped his scoring, averaging 12.3 points in his final 12 regular-season games. Bridges were one of three Big East defensive players of the year awardees, along with Creighton’s Khyri Thomas and teammate Josh Hart. He finished third in the conference in thefts with 1.9 per game.

The Philadelphia 76ers selected Bridges with the tenth overall choice in the 2018 NBA draft on June 21, 2018. Mikal Bridges has signed to a four-year, $17 million contract with the Phoenix Suns. He also committed to the yearly base pay of $4.4 million. Bridges set a new career-best with 34 points in a 125–117 win over the Indiana Pacers on January 9, 2021. He also contributed to the Suns’ 7–3 start to the season, their best 10-game start since 2009.

Mikal Bridges is dating Grainger Rosati, currently. The pair is in a great place in their relationship. She was a sophomore at Mikal’s alma school, Villanova, in 2018. It appears that the two met in college and began dating. Grainger Rosati, who is also an athlete, may have brought them together because of their shared love of athletics. She is a member of the varsity lacrosse squad at her high school. Mikal’s Instagram profile is littered with photographs of her, and he isn’t shy about declaring his love for her.

Bridges signed a $17 million contract with the Phoenix Suns. Mikal Bridges also has a stated annual salary of $4.4 million. Bonuses and additional payments are not included in the salary. In addition, Mikal Bridges’ net worth is unknown since there has been no further information revealed.