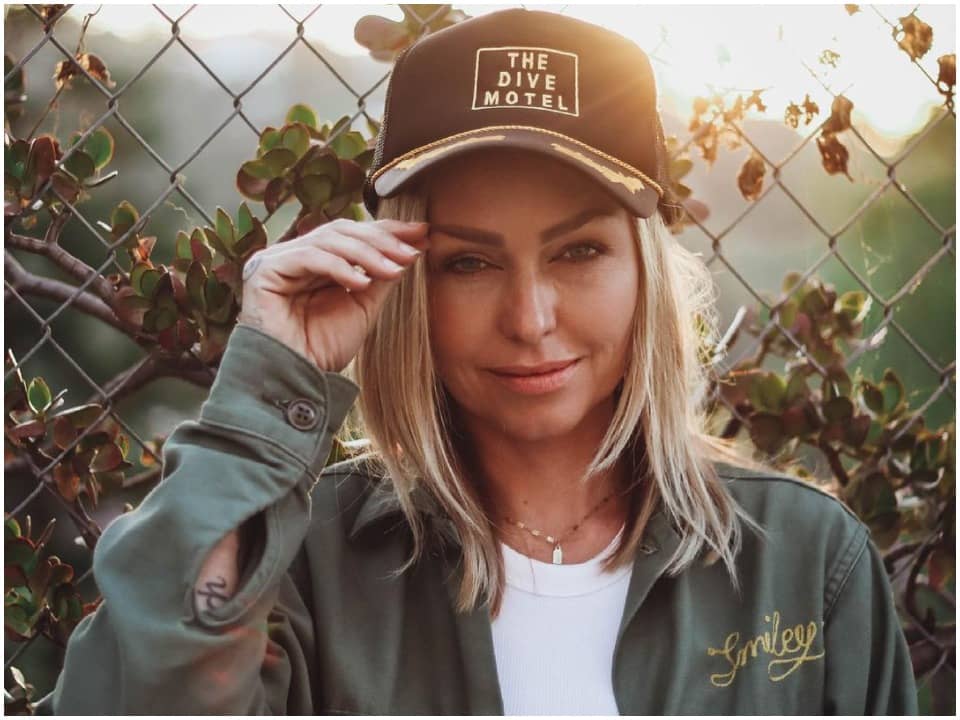 Leticia Ann Bjork Passmore or Leticia Cline is an American Model, motorcycle Journalist, racer, and interviewer famously known for her appearance on the reality tv show Beauty and the Greek and on covers of various known magazines.

Leticia was born on 1st October 1978 in Cave City, Kentucky, USA to her parents David Passmore and her mother whose name has not been shared. Her father used to run a garage and built motorcycles which Leticia learned a lot from. She used to help her father in building and repairing motorcycles while growing up. She is currently 42 years old. Leticia has completed her Bachelor’s degree in Psychology and Finance majors from the University of Kentucky and graduated in the year 2000. She has not shared any other qualifications.

Leticia started her modeling career early on at the age of 14 and appeared in several magazines. She also went to Tokyo for a year to pursue modeling after which she took hiatus from it and came back to the USA to pursue studies. After graduation, she started her career as an accountant and spent four years in the field. In 2006, she was recruited as an Interviewer for the Total Non-stop wrestling and started appearing in the show TNA Impact. She worked there for a year and left in 2007 to focus on other prospects.

In 2006, she also worked at Live Nation as a two-wheel division commentator and interviewed riders. The following year, she appeared as a participant on the show Beauty and the Greek in the 5th season of the show where she stood third in the competition and also became the Young and Restless Soap opera challenge. The same year, she again appeared in another reality show Bowling Beauties but was soon eliminated. Meanwhile, she also modeled for Maxim Magazine from 2006 to 2010. In 2014, she started a company Standard Motorcycle Co. along with her business partner in Orlando, and became a travel and Motorcycle Journalist.

She interviewed for several magazines like RacerX magazine, Iron &Air, Gear Guides, Hot Bike, etc. She also became the first female Harley Hooligan Racer MSF rider and member of AMA and Power Lily. Cline worked with big motorcycle brands like Harley Davidson, Von Zipper, Honda, AMA, MIC, etc. She also opened a free community Motorcycle Garage named Smileys in 2018. She runs a bar named The Dive along with her mother and sister. Currently, she is also a Councilwoman for her town Cave City in Kentucky as a community department officer. She is also a traveler and has traveled 4k miles on foot, 300k miles by car, and 150k miles by Motorcycle.

Leticia is known to have been married earlier in the early 2000s and also had a son named Caleb with her then-husband whose name has not been shared. They soon got divorced after a few years of wedlock.  She is currently rumored to be in a relationship with Mike Wolfe since they were spotted at a print shop in Norfolk. The two know each other since 2018 and have shared pictures together on social media as well.

Leticia has worked hard in several fields and has managed to lead a lavish lifestyle. She has earned a lot of wealth through her motorcycle business, modeling, racing and endorsing big brands, and also as an interviewer. Her Net worth as of 2021 is estimated to be around $5million.

Leticia is a woman with varied talents and has built herself as a strong woman who overcame the loss of close ones and also battled for her own life. She never stopped and kept exploring different areas until she found her calling as a motorcycle racer and journalist. She is also a responsible woman who cares for her community and environment.