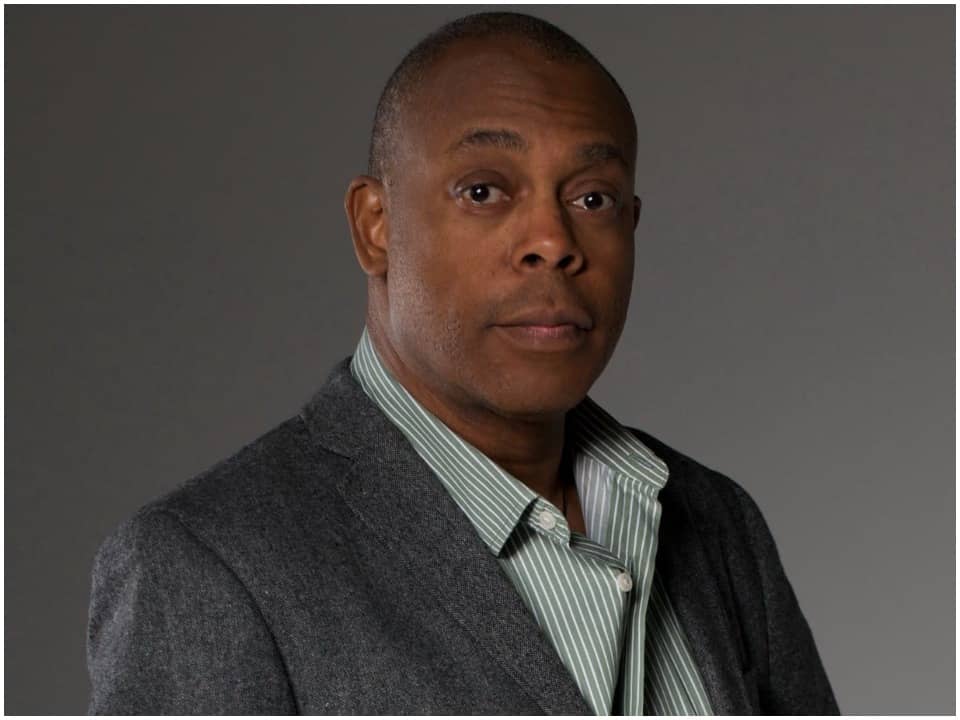 Michael Leslie Winslow or popularly known as Voicementalist is a 62-year-old multi-talented person who knows acting, standup comedy and beatboxing as well. He is billed as Man of 10,000 sound effects. Further, he has given multiple hits in his career including underground Aces and Police Academy with great roleplay. Moreover, he has made his recent appearance in the 16th season of AGT(America’s Got Talent) in 2021, which made him showcase his talent in front of people around the globe.

Michael was born in Spokane city of Washington in the United States of America and hence he is of American Nationality. He was born to Mr.Robert Winslow and Mrs.Verdie Winslow. Further, he grew up at Fairchild Airforce Base near Spokane. He was born in September of 1958 and he celebrates his birthday every year on the 6th of September. Moreover, he was the only child to his parents. Apart from being into theatre and drama he was inclined towards music and hence developed his interest in beatboxing.

Michael completed his freshman, sophomore, and high school years at Thomas Jefferson High school. After completing his school education he went to the University of Colorado, however, no information regarding his majors and minors is available on the web. Afterward, he went to Lisa Maile School of Acting, Modelling, and Imaging where he took his talent to the next level possible.

Michael made his Television debut in 1976 in a show named The gong show in which he squeezed in sound-alikes of a movie dog named Benji. Afterward, in 1980 he acted as a welfare comedian in a movie Cheech and Chong’s next movie. After performing small roles in various movies, In 1981 he performed in 3 Movies underground Aces, Nice dreams, and Space stars. Then year by year he performed in various movies and gave some of the prominent hits to the industry.

He worked in all the parts of a T.V series named Police Academy and played the role of Lavelle Jones which was a banger of that time. In 2004 he gave his voice in the most popular video game”GTA-San Andreas”. Furthermore, the frequency of movies per year has decreased to some extent from 2009, and last he was spotted in a movie “killing Hasselhoff” in 2017. Moreover, in 2021 he made himself to the auditions of the 16th season of America’s Got Talent where he showcased his beatboxing talent.

Michael posts regularly on Instagram(@michael_winslow)and maintains a great connection with his fans. He has posted a total of 1291 posts and has a follower count of 30.7K and he has not received his verified badge on Instagram till now. Furthermore, he tweets regularly on his Twitter(@Noizey_Man) and he has a follower count of 23.6K in addition to it he has received his verified tick on Twitter.

Michael Winslow married Belinda Church in 1985 and they became parents to 3 children. However, his wife Belinda died in 1993. After a gap of 4 years in 1997 he married Angela Baytops, but due to some or other reasons this marriage broke up in 2001 and he married Sharon Larrieu in 2003 and they remained together till 2014. No information about his relation is available after 2014.

He generates his wealth from Acting, modeling, T.V Commercials, and comedy shows. Various websites claim various data but the most appropriate one is $1.5millon. furthermore, he has given the auditions in AGT. If he wins, he will get a huge cash prize.