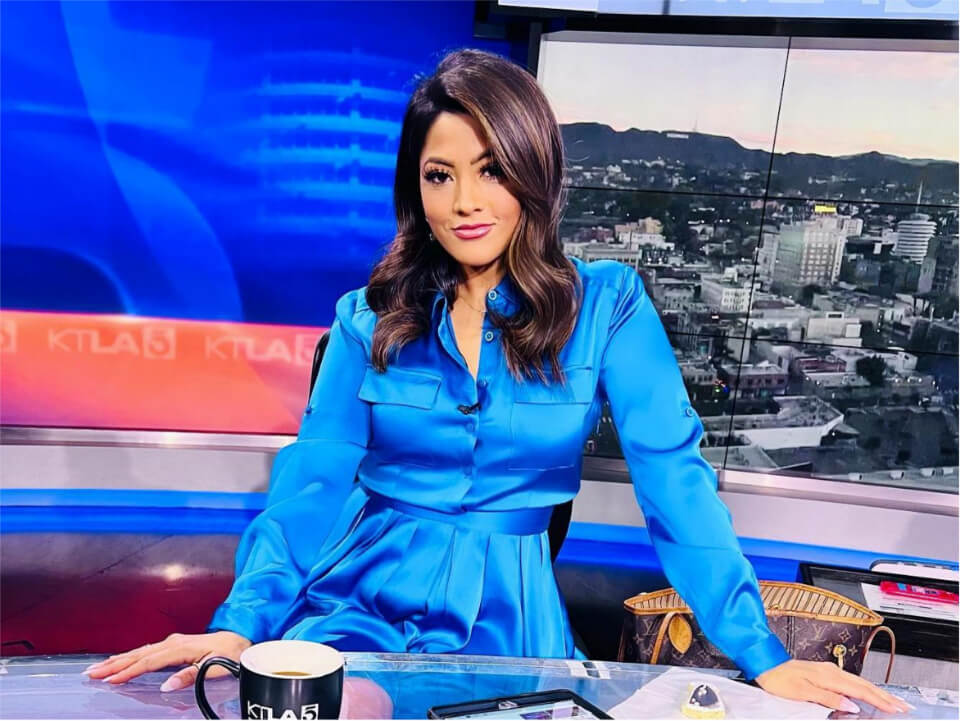 Megan Telles is an American reporter and a self-described “army brat”. She traveled the world alongside her parents and her older brother. Her father gave 21 years to the US army and in the wake of the work, he traveled alongside the family to different cities while Megan developed her passion for “reporting” in her childhood days.

Megan Telles was born on 24th January 1989 in West Covina, California. After completing high school, she aspired to enroll herself in USC’s Annenberg School of Communication and Journalism. However, she didn’t get direct admission to the school but she did not give up at once. Instead, she pivoted for admission. Meanwhile, she had her admission to San Diego State University, where she had a remarkable life. The lucky time came when she took part in one of the competitions arranged or organized by the Academy of Motion Picture Arts and Sciences, aka the Oscars.

The organization was then looking for college students for the position of correspondents and videographers to attend the ceremony. Megan had to earn votes to be under the top 10 to make her journey to the Oscars. Luckily, she did it and snagged the top spot with the help of her community of Rancho Cucamonga. She ended up in the top 3 and got the chance to attend the ceremony. Eventually, she applied to USC university and got selected. She ended up with her degree from the prestigious college of Southern California institution. She proudly calls Wiesbaden, Germany; Fort Rucker, Alabama; and Savannah, Georgia, “home”- the places she visited and where she spent her time while growing up.

Megan currently works as a general assignment reporter for KTLA 5 News, which she joined in September 2018. She returned to her homeland in Southern California and joined the KTLA family. She came to the network after having a considerable period of working with KXTV in Sacramento, where she used to anchor “Morning Blend” for two years. Before coming to California’s capital city, she was working as a national entertainment correspondent for the syndicated “Celebrity Page TV” based in Las Vegas, where she held the position to interview various celebrities such as Mariah Carey, Jennifer Lopez, and Lionel Richie.

While working for “Celebrity Page TV,” she was simultaneously holding the positions of reporter, anchor, and daytime talk-show host at KTNV, the ABC affiliate in Las Vegas. Megan developed her passion for reporting and kicking off the breaking news after she witnessed many tornado seasons in Alabama. She remembers her time when she and her family had to glue themselves to the radio station where “reporting” wind speeds as her family hid for safety in the hallway closet. Megan began her professional life with the position of staff writer for The Daily Aztec – San Diego State University (giving nearly one year and nine months to the job).

She worked with various other affiliated and recognized media outlets like KABC-TV, CBS2/KCAL, USC Annenberg TV News, Petra Productions, KTNV-TV, Celebrity Page TV, TEGNA, and also as a freelance reporter in the middle of her career for around one or two years. Today, Megan is an Emmy award winner and a proud graduate student of Los Osos High School and the University of Southern California’s Annenberg School for Communication and Journalism. She is also holding membership in the National Association of Hispanic Journalists.

Megan Telles is a happily living married woman. She has a small extended family living in the United States. She is married to her high school sweetheart named Cesar. They both are die-hard fans of college football and are together spotted many times in the audience cheering for their favorites. They are the proud parents of a daughter named Lola Lae, who was born in December 2019.

Megan Telles is surely earning a good income because of her only profession of reporting. She has been in this profession since 2007, summing up to nearly 15 years of experience in 15 different places including KABC-TV, CBS2/KCAL, USC Annenberg TV News, Petra Productions, KTNV-TV, Celebrity Page TV, TEGNA, and others. She is having her strong foot in the industry and is the known “Army Brat” of her community. For the moment, Megan’s estimated net worth is somewhere around $5 million.