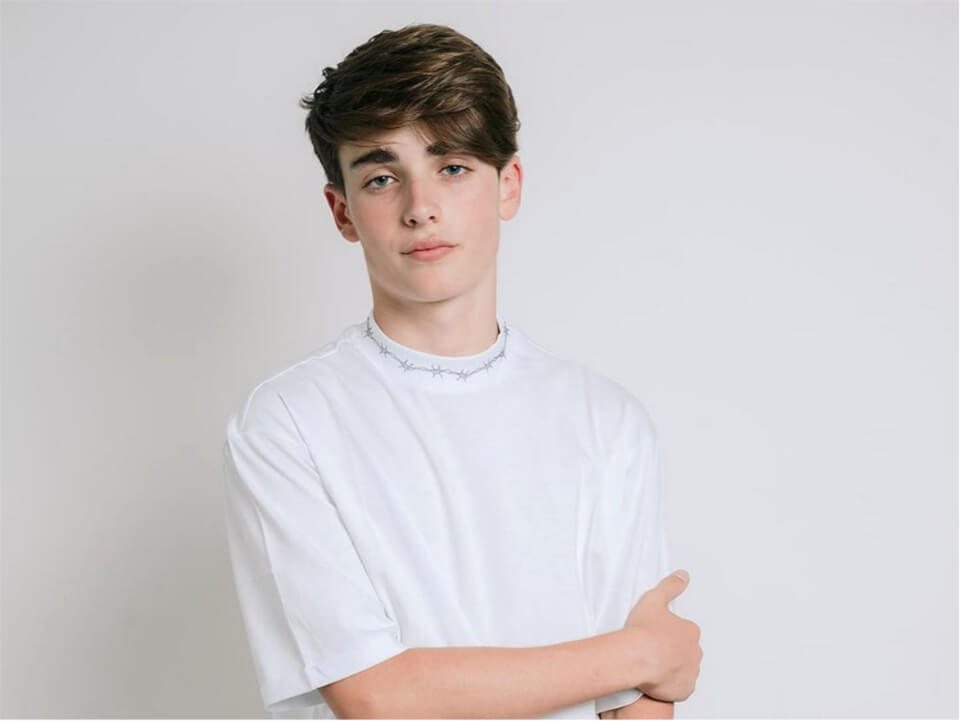 Andrea Arru is an Italian Actor and Model. He started his modeling career at a young age and later got an entry into the entertainment industry. Some of his known works are Glassboy, Storia di una famiglia, and many more. Recently he is under the limelight for his role in a Netflix series named Di4ries and soon they will be releasing season 2 of the same. As the show gained a lot of fandom and limelight from its fans.

Andrea Arru was born on 18th August 2007 in Ploaghe, Italy. The details about his parents have not been shared with the media yet. He has a brother whose name is Benny Arru. At a young age, he was very athletic and used to play various sports with his brother. Arru has completed basic education at a local school in his hometown. Along with that he also started attending acting classes. In 2017 he connected with CDA Studio Di Nardo and started appearing for various auditions to be a part of the Entertainment Industry.

Andrea has auditioned for various roles to receive a role acting in films. In 2018 he worked on a project named Vien di notte. After two years he appeared in various projects, as for two years he was busy filming for those projects. He was seen in short films, TV series, and films named Lo Scarabocchio as Andrea, Resurrection- The Last Chapter, Glassboy as Pino, and Calibro 9. In 2021 he worked in a TV series named Storia di una famiglia perbene. Currently, in 2022 he appeared in a TV series named That Dirty Black Bag as Young McCoy and DI4RIES as Pietro. He will be soon seen filming for Diabolik chi sei? As Young Diabolik.

Andrea is an active user of social media applications like Instagram. He has earned over 393 thousand followers and 647 followings. His social media profile is filled with the content of modeling pictures, lifestyle, pre-posts, and glimples of his projects.

Andrea is quite young for the responsibilities of marriage but he might be dating someone because his name is linked quite often with Flavia Leone. As he seems quite close to her. The confirmation about their relationship has not been shared with the media yet. In addition to that, he seems to be busy filming for upcoming projects and spends quality time with his family and friends.

Andrea Arru has made a lot of fortune in his career by working as an actor. He has worked on various entertainment industry projects including Netflix productions. Along with that his other source of income is from modeling and various brand endorsement deals. According to sources his net worth has been estimated at around $500K.