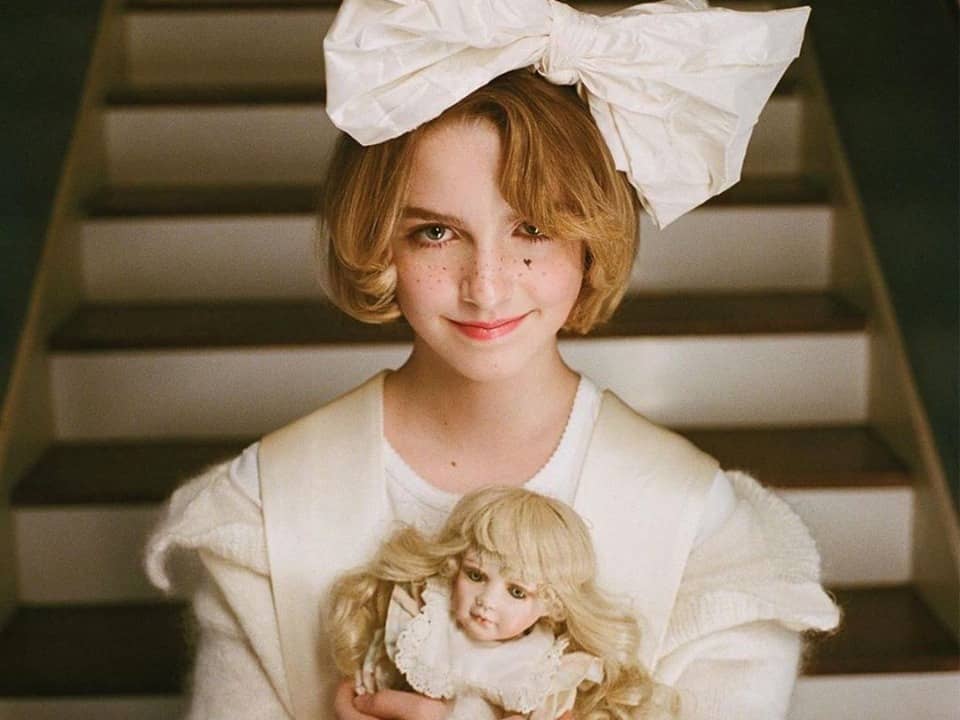 Mckenna Grace is America based child actress. She started working professionally in the acting stream when she was merely six years old. She first appeared in the Disney XD sitcom named “Crash & Bernstein” and in the soap opera “the young and the restless”. Grace got herself named as one of the top 30 stars under the age of 18 by “The Hollywood Reporter” in the consecutive years 2018 and 2019.

Mckenna Grace was born on 25th June 2006 in Texas, United States. Her parents are named Ross Burge and Crystal Grace. On her 5th birthday, she received the gift of a movie collection featuring the actress Shirley Temple who belonged to her great grandfather’s side. After watching the movie collection, she got aspired to become an actress. Soon, she started taking acting classes. She joined the academy where she astonished her teacher with her great acting skills while performing at a very young age.

Grade helped her get her first job which was a commercial advertisement for YMCA. Later, she was advised to move to Los Angeles and with no delay, she went there with her parents. She gave an audition for the movie “Goodbye World” and eventually got selected for the role of Hannah Palmer. With that movie, she made her debut. The film was released in 2013 and she received quite a good response from the side of the jury, audiences, and critics.

In 2013, Grace made her acting debut with the television pilot named Joe, Joe & Jane. Later, she appeared in the series of Disney XD named Crash & Bernstein. She had many recurring roles for the series named The Young and the Restless which she continues from 2013 to 2015. In 2015, she had another recurring role in the CBS series named “CSI: Cyber”. Later, Grace played the role of Daisy in the science fiction thriller movie that was named “Independence Day: Resurgence” which was later released on 24th June 2016. She had many busiest years in her acting career from 2013 to 2021 where she appeared in many films and television series with recurring roles. Grace appeared in a comedy film named “How to be a Latin Lover” that was later released in 2017.

She received many awards under the category of “Best Performance by a Youth”, “Breakthrough Performance”, “Hollywood Ensemble Award”, and “Next Generation of Hollywood”. Mckenna has also been nominated for her drama series “The Handmaid’s Tale” under the category of “Outstanding Guest Actress in Drama Series” which is yet to be declared in 2021. She has gained great recognition from her drama series, films, and television series. She received lots of praise for the recent role in the movie Malignant where she played the younger version of the lead “Madison”.

Currently, Mckenna is single and seems not to be in a relationship with anyone. She is merely 14 years old and has become quite popular with her Instagram profile where she has attained almost 1.4 million followers. Mckenna is purely vegetarian and is involved with certain organizations named Farm Sanctuary and PETA. She used to alert people for animal welfare. With the help of organizations, she used to spread the message of having affection towards animals. She has also run a campaign making people not forget or leave their dogs in hot cars.

Mckenna Grace is best known for her appearance in the ABC thriller drama named “Designated Survivor”. She has done numerous films and television series. She has appeared in almost more than 20 films and more than thirty television series along with one music video that was further released in 2020 by the name “Queen of Broken Hearts”. As of 2021, she is estimated to have a net worth of around $2 Million. She ranks among the richest childhood actress in America.