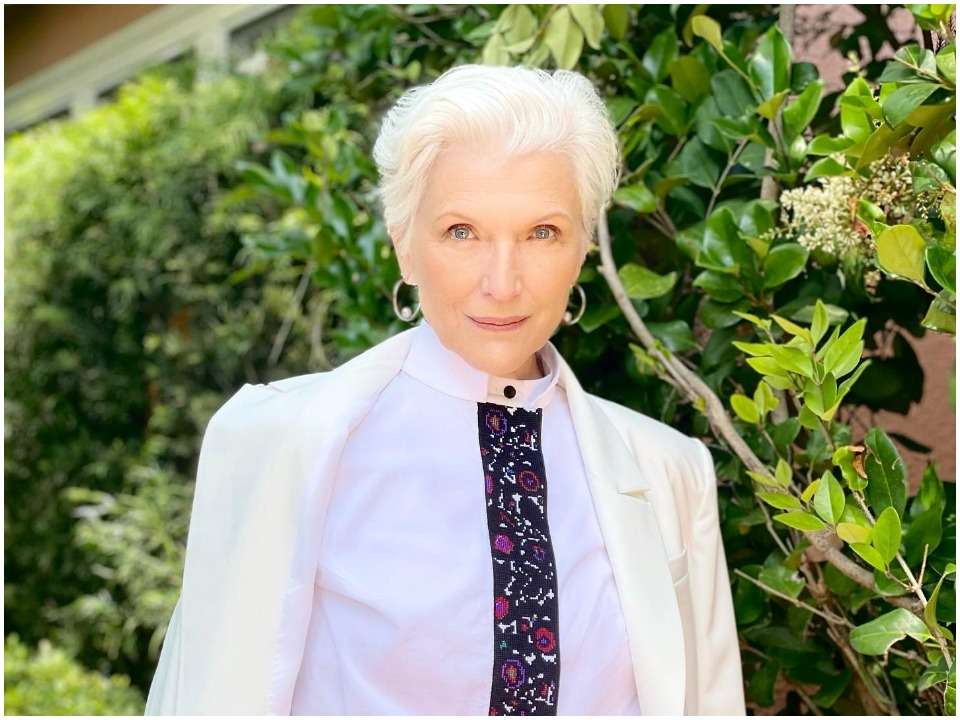 Maye Musk is 74 years old American personality who is a model and dietician by profession. She has been pursuing her career in modeling since the age of 15 and it has become more than 50 years while doing so. She has appeared on the covers of magazines including a Time magazine health edition, international editions of Vogue, and Sports Illustrated Swimsuit Issue.

Maye Musk was born as Maye Haldeman in April 1948 in Canada and was born among the five children born to her mother. She was very young when her family moved to Pretoria, South Africa, in 1950, where her parents named Winnifred Josephine “Wyn” (Fletcher) and Dr. Joshua Norman Haldeman developed their professions and later flew with the family while having a world tour in a prop plane in 1952.

Maye Musk, who was earlier Maye Haldeman (before marriage) was a known personality as she became the finalist in the 1969 Miss South Africa beauty competition. In 1970, at the age of 22, she married Errol Musk, who was only two years older than her and whom she met in high school. Errol Musk was a South African engineer who produced three children sharing with Maye Musk. It was after marriage when Maye earned her master’s degree in dietetics and went to the University of the Orange Free State in South Africa for the purpose. Later, she earned another master’s degree in nutritional science and received a certificate from the University of Toronto for the same.

Despite going through various ups and downs in her personal life, Maye continued with her modeling career in Canada and the United States. She appeared on the boxes of eatables, and in various commercials and videos. She also did modeling while being nude for the cover page of Time Magazine for health issues and for the next time, she went nude for the cover of New York Magazine in 2011 where she appeared with a fake belly bump. Maye has appeared on the cover page of Elle Canada in 2012, has remained the part of various advertising campaigns, became CoverGirl’s oldest spokesmodel at age 69, and marked the history, and finally, in 2022, she appeared as the Sports Illustrated swimsuit model and covered the modeling stage at the age of 74.

Maye Musk married Errol Musk in 1970 and developed himself into an engineer in South Africa. The marriage of the Musk pair went through various ups and downs after the birth of their three children and the relationship soon became abusive (according to Maye Musk). She divorced her husband in 1979 but two years later, their son Elon Musk decided to stay with his father. After four years of the joining of the father and son duo, Maye’s other son Kimbal also joined the father-son duo and stayed with them. Meanwhile, Elon graduated from high school and decided to move to Canada, on the other hand, Maye moved to Canada with her daughter Tosca.

It would be an undeniable fact that Maye is still earning millions because of her multi-professional career of modeling, dietician, nutritionist, and entrepreneur. In addition to her modeling career, she has maintained business as a dietitian and gives presentations worldwide. Despite this, she is also an author and has written a memoir titled A Woman Makes a Plan: Advice for a Lifetime of Adventure, Beauty, and Success (2019). For the moment, Maye Musk’s estimated net worth must be as high as $10 million or even $20 million.