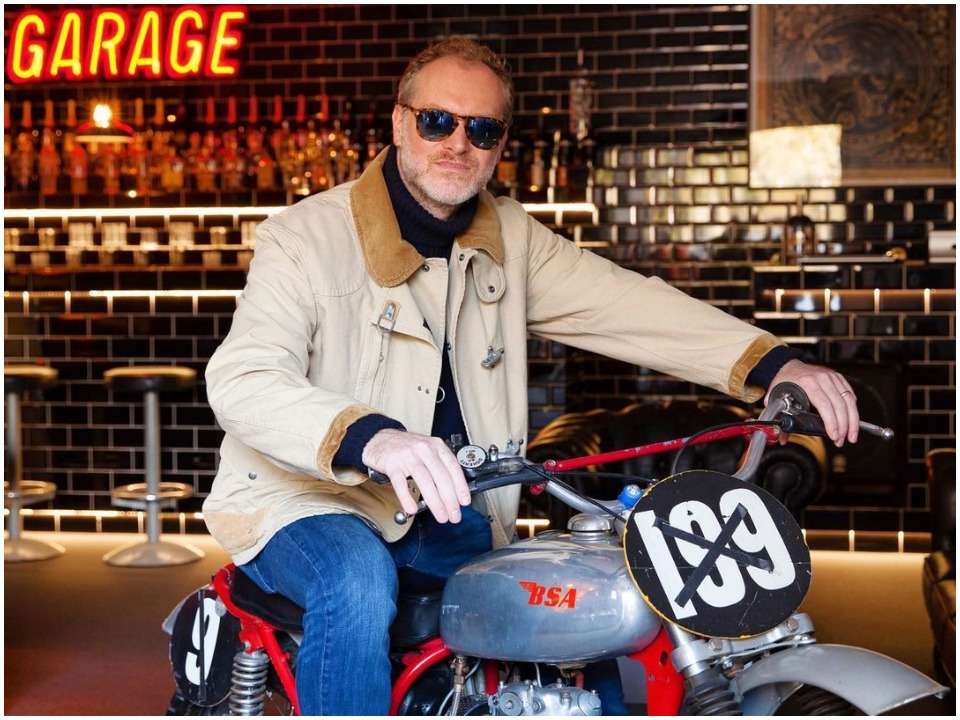 Maximillion Cooper is a British Businessman, Car Racer, fashion designer, and former model. He is known for being the founder of Gumball 3000, a company about annual car rally events, and has a merchandise line for the same. Along with that, he is also known for his relationship with Eve as they have been recently blessed with a baby boy.

Maximillion Cooper was born on 7th June 1972 in Staffordshire, United Kingdom. The name of his father is Johnie Cooper while details about his mother have been kept away from the limelight. He has also not shared details about his siblings. At a young age, he showed great interest in fashion and cars. Maximillion must have completed his high school education from a local school in his hometown. In 1990 he enrolled himself at Central St. Martins for his further and higher studies. Later in 1993, he graduated from there with B.A. Honors in Fashion Communication & Promotion.

After completing his studies, he decided to work as a businessman. He also showed interest in various annual racing events.  In January 1999 he founded Gumball 3000.  Gumball 3000 is a collection of companies that includes apparel brands, a registered charity, and popularly known for 3,000-mile international celebrity motor rally. His celebrity motor rally has been attended by Bun B, Tinie Tempah, Eve, Dizzee Rascal, Tony Hawk, Adrien Brody, and many others. He is also the producer of TV series like Gumball 3000, Rally On, and others. Along with that, he has previously modeled for fashion brands like Giorgio Armani, Ralph Lauren, and Mulberry.

Maximillion was previously married to Julie Brangstrup. They got married in a private wedding ceremony in 2003 and filed for divorce in 2010. The details about their divorce have not been shared but they are co-parenting together. He was blessed with four children named Lotus, Jagger, Cash, and Mini. After the divorce, he started dating Eve Jihan, a well-known Rapper, singer, actress, and television presenter. They even tied a wedding knot in Ibiza, Spain at a private and intimate wedding ceremony. On 1st February 2022, they were blessed with a baby boy whose name is Wilde Wolf Fife Alexander.

Maximillion Cooper earns mainly by being the CEO and Founder of Gumball 3000. The current entrance fee to participate in the rally is over $100,000 per driver. According to sources his net worth has been estimated at around $60 million. He might earn from brand endorsements and by attending events as a guest.