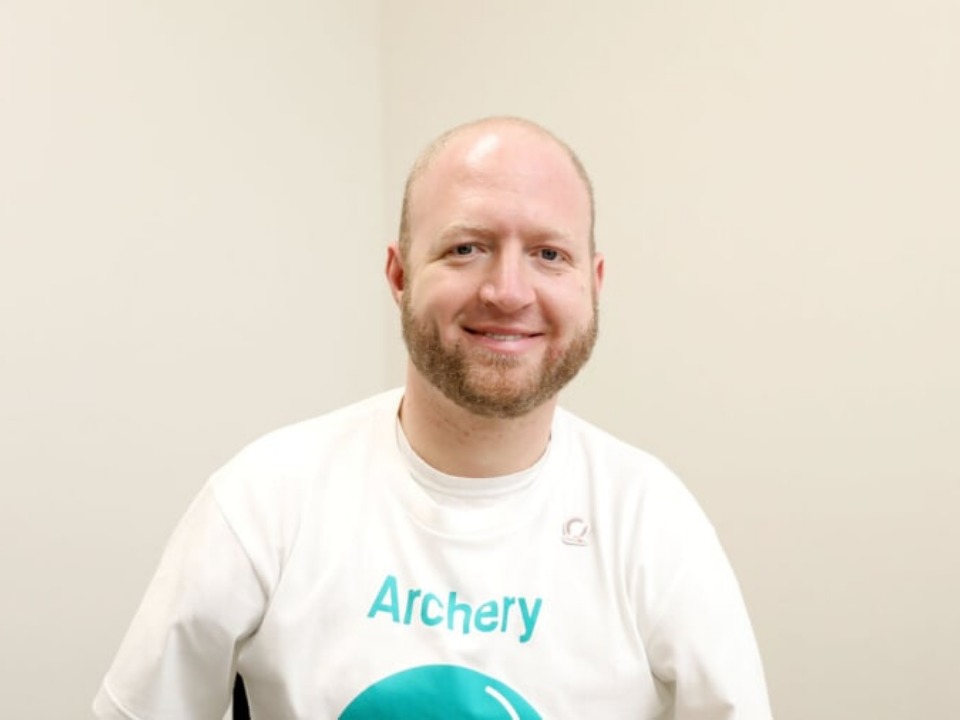 Matt Stutzman was born on 10th December 1982 in Kansas City, Kansas, USA. He was born with a deformity and had been born without his arms. Matt was later adopted by his parents Jean Stutzmand and Leon Stutzman. He grew up in a Christian family and is of white ethnicity. Matt is not known to have any siblings and is a single child to his parents.

He started archery since he was 16 and has always been supported by his parents. Matt has not shared much about his education and qualification but he is believed to have completed his high school education from a local school in Fairfield Iowa where he grew up. He has also not shared anything about having attended further studies.

Matt is a professional disabled archer who competes at the international level representing the USA. Devoid of both his arms, he makes use of his legs and has perfected the skill to shoot most accurately with his legs. He also holds a world record for the longest accurate shot in archery under disabled categories. Matt started representing the USA at the international level in 2012 when he participated in the 2012 Paralympics in London. He managed to show a spectacular performance which secured him a silver medal. In 2014, he participated in the Arizona cup on the National level and also won a silver medal at the competition. The following year, in 2015 he participated in Parapan American games and with his striking performance, managed another silver medal.

The same year, he also managed to win team gold at the World Archery Para championship. The same year, he hit the longest Guinness ratified distance of 310 yards ever by an individual. In 2016, he again competed at the Paralympics but could not win a medal. Recently in 2019, he also won a bronze at the World Archery Para Championships. His journey includes a lot of medals and records and a lot of hard work which led him to compete in the Paralympic Games for the third time in the 2020 Tokyo Paralympics. He is set to play the ranking round for the Men’s Compound event on the 27th of August with two other teammates representing the USA.

Matt is currently married to his wife Amber Scheller, a lovely lady who is very supportive of him and worked multiple jobs to help him and their family financially. He also has three children with his wife named Alex, Carter, and Cameron Stutzman. He is currently settled in Fairfield Lowa with his family. Matt is active on Twitter since 2011 and currently has 3493followers. He also has an Instagram account with around 3509 followers. he has only shared 6 posts on his Instagram and is not known to be on any other platform.

Matt Stutzman has been a professional archer for several years and has earned a lot of wealth through the same. He has represented the USA at various international and national events and also earned a lot of medals. His net worth as of 2021 is estimated to be around $2.5million.