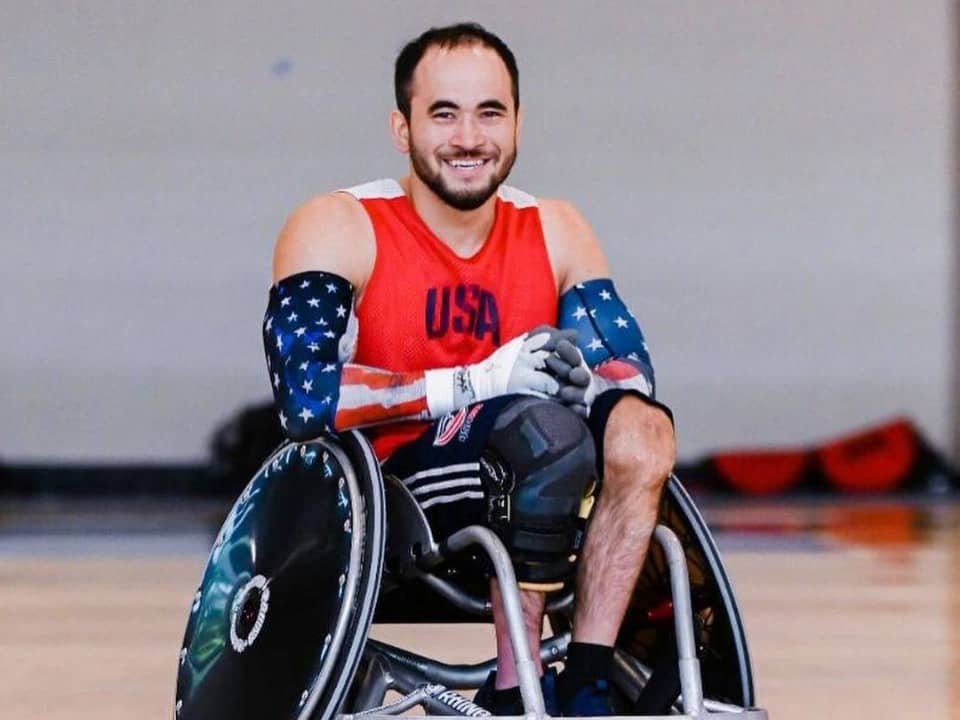 Chuck Aoki is an American Wheelchair Rugby player known to have represented the USA at the Paralympics twice and securing medals at both his attempts. He is well known and respected for his sportsman spirit and achievements and is currently representing the USA at the 2020 Tokyo Paralympics.

Chuck Aoki was born on 3rd July 1991 in Minneapolis, the USA  to his American Mother Jennifer Nelson, and Japanese father Andrew Aoki. He was born with a genetic hereditary condition called the Hereditary sensory and autonomic neuropathies type ii due to which he cannot feel his body below his knees. At the time of his birth, he was completely normal and also played basketball actively until he discovered his condition gradually. He was advised wheelchair at age 12 and got the inspiration to play wheelchair rugby after watching the Murderball movie in 2005.

Chuck started playing wheelchair basketball when he was 7 years old and he ultimately decided to pursue rugby after watching Murderball. He started playing wheelchair rugby at age 15. In 2009, he started representing the USA and in 2001, he was named the Quad Rugby association athlete of the year. In 2010, he participated with the team in the World championship and helped to secure a Gold medal. Besides wheelchair rugby, he was simultaneously working as a Human resource intern at Minnesota Twins in 2007. In 2012, he also started providing mentorship and guidance through motivational speaking, and in 2013, he also became a freelance blogger for the International Paralympics Committee.

He became an athlete mentor at Classroom championships and a Paralympics ambassador in 2014. In 2012, he went on to represent the USA with the national team at the London Paralympics and secured a bronze medal after an excellent performance against Japan. In 2014, he participated in the World championships and again secured a Bronze medal. He got another chance to represent the USA in the Paralympics in 2016 where he secured a silver medal. His rugby career kept on growing and he again secured a bronze medal in the 2018 World Championships. Recently, he is representing the USA in the 2020 Tokyo Paralympics games and was given the honor to be the flag bearer for his country along with Melissa Stock well.

Chuck is currently believed to be single and does not share much about his personal life. He is known to be a dog lover and also owns a pet dog named Winnie. Chuck loves reading about history, sports and watching tv shows which includes his favorite show “Game of Thrones”. He also loves solving crossword puzzles. Chuck currently has 2179 followers on his Instagram account. He also has a Twitter account since 2012 where he currently has 2380 followers. He has also maintained his LinkedIn profile up to date.

Chuck has been playing wheelchair rugby for several years and has earned huge honors for himself as well as his country. He has earned a lot of wealth through his profession ad his net worth as of 2021 is estimated to be around $1.5million.