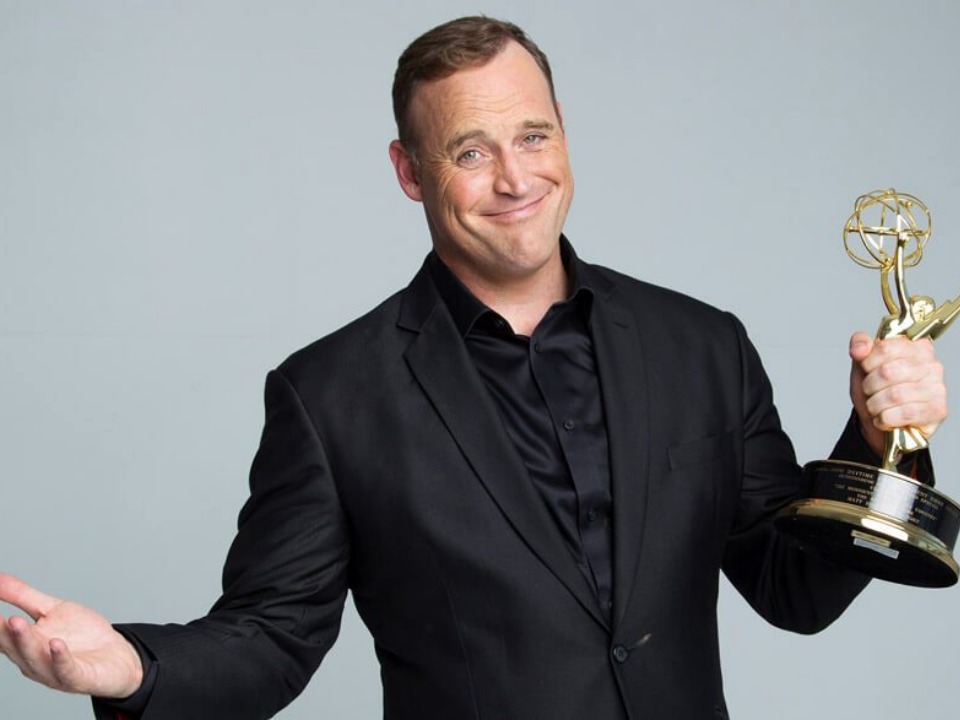 Matt Iseman is an America-based comedian, actor, and television host. He first started his career as being a physician and now enjoys several occupations very passionately. He is best known for his appearance in “American Ninja Warrior”. Matt was the first winner of the reality game show named “The New Celebrity Apprentice 2017”.

He was born on 22nd January 1971 and was raised in Denver, Colorado. He is the son of a pulmonologist who raised him as a physician. Matt always followed his father in choosing the career path but later he changed from being a medical professional to a stand-up comedian. He has attained his degree in B.A. with honors and went to Princeton University. Later for doing M.D, he went to Columbia University College of Physicians and Surgeons. He has also done internships related to the field of medicines at the University of Colorado Hospital in his hometown. Later he relocated to Los Angeles and recently resides in the nearby area.

Matt Iseman started doing stand-up comedies with the part-time work of being a doctor. He has worked with an improvisational comedy troupe. He later decided to continue his passion for comedy due to which he became a full-time comedian in 2002. While being a comedian, Iseman’s background led him to perform medical and health-related practices. He started performing for various shows like at USO in Afghanistan, Bosnia, South Korea, and Hungary. His greatest inspiration for becoming a comedian was Brian Regan. He has always maintained a logical plus comedian humor in front of his audiences. His humor about medicine and medical professional is mainly observational. He keeps himself updated with the current scenario and maintains a thread with his humor to entertain his audiences.

Apart from being a medical professional and stand-up comedian, he has also appeared on reality game shows including Casino Night on GSN and Scream Play on E!. He has hosted almost 8 seasons out of a total of 9 seasons of American Ninja Warrior on G4 and later on the NBC network. The only season when he remained absent for the hosting purpose was season 1. He often used to combine his experience of athleticism and the medical profession while doing comedy shows and representing the related casts.

Matt has also worked in shows and to name a few it included General Hospital, The Drew Carey Show, and NCIS. He also appeared on various shows broadcasted by the Fox channel. As of 4th May 2010, he is hosting the show “Sports Soup”. He has also won the 15th overall season of “The New Celebrity Apprentice” and later appeared on the show named RuPaul’s Secret Celebrity Drag Race to collect funds for Arthritis Foundation. Also, he has recently replaced the former host of the show Live Rescue on A&E.

Matt Iseman is one of those personalities who have attained a perfect body measurement with a charming personality. He is a total catch for his viewers and competitors. He is not married till now and has a single personality. His social media platform including Instagram is full of posts like single photos and selfies or promotional advertisements that he had made for many commercials and related to American Ninja Warrior.

He is also a good cook. He often used to put pictures of himself while cooking in the kitchen on Instagram. Matt is not married and chooses to have a private life. He is either involved in secret dating or is quite busy in his career life. He used to wear a ring in his right hand that has to create speculation in the mind of his fans questioning that if he is married or not. It has gotten people talking about his personal life.

Matt Iseman is one of the most successful and well-known personalities in America. He earns quite a good amount of wealth from his two professions. He is a comedian and medical professional who had terminated his practice while doing stand-up comedy shows. Matt has become the host of Sports Soup and his estimated net worth is around $2 million.