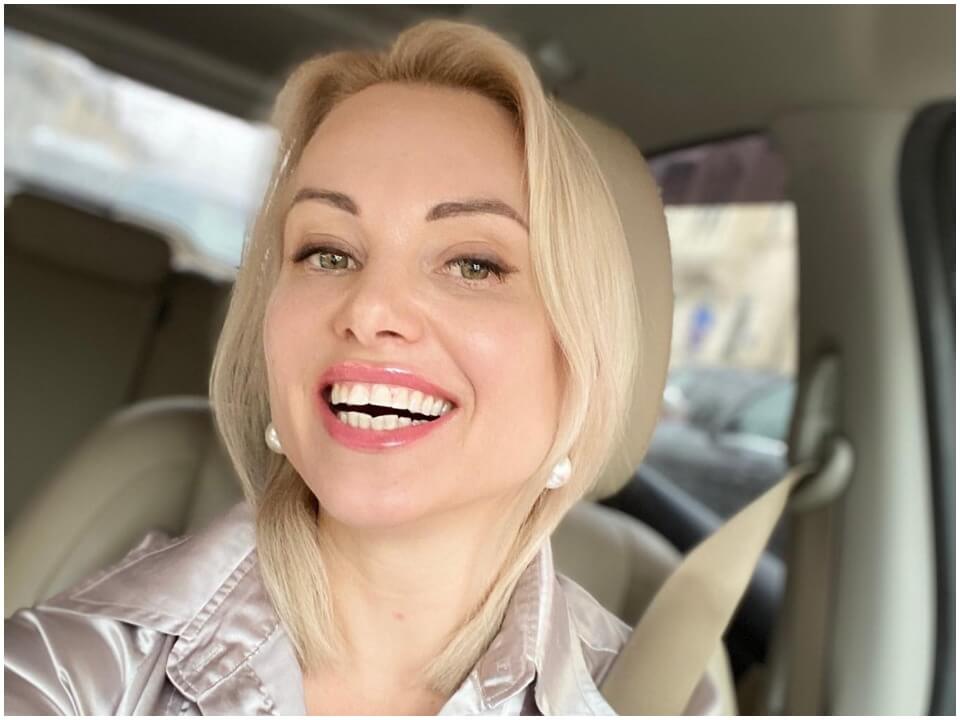 Marina Ovsyannikova is a Russian personality who is working as a TV editor. She has been arrested in Russia with the accusation of protesting against the war in Ukraine as she interrupted the channel One news broadcast with the signboard. The signboard read “No war,” and yelled, “stop the war,” and “no to war”, which became one of the most-watched times for many of the Russians. Her signboard also stated words like “Don’t believe the propaganda. They’re lying to you here”. She also wrote “Russians Against War” in English. According to her Twitter account, she has mentioned herself as a part of a Russian human rights organization.

She was born Marina Tkachuk in 1978 in Odessa and later changed her second name to Ovsyannikova after marriage. It is not clear whether or not she is living with her husband. Marina is a graduate student from Kuban State University and received her education from the Russian Presidential Academy of National Economy & Public Administration before landing on Russian State television. Marina is 44 years old and received her education from the Presidential Academy in 2005. According to her Instagram profile, She has worked for the Russian State television for several years. Previously, she has worked with Kuban TV. Her current role on her social media profile states that she has been working with Channel One.

Marina Ovsyannikova, who is currently living in Moscow, is the mother of two children including one son and one daughter. According to a 2002 interview with Yuga.ru, She was a competitive swimmer before getting into the field of TV and related careers. She continued to have her open-water swimming during her TV career. She has mentioned on her Facebook profile that she swam across the Volga and Bosphorus River.

President Vladimir Putin and Russian officials passed a law that if anyone would have been against the government on the country’s invasion of Ukraine, he/she will be given at least a 15-year prison sentence. However, Putin later deemed that it was one of the “fake news” being telecasted against the Russian military. She is expected to face jail or a fine under the law and could have the punishment for encouraging civil unrest. Also, the protesters in Russia are being arrested for speaking out against the war.

The media confirmed that Marina Ovsyannikova was arrested after the protest. A Russian state media organization- TASS stated that Marina was taken for a questionnaire and was interviewed by the police officials. The organization also stated that she could face charges under the new law of “fake news”. According to one of the articles published in previous years in The Atlantic, Channel One is among the most popular and influential Russian TV channels. She was working with the channel for several years, confirmed by her social media profile.

Marina posted a video on social media explaining why she came this way and opted to protest against the Russians and their invasion of Ukraine. Ovsyannikova posted a video on social media explaining her decision on interrupting the channel broadcast and encouraging people to speak against the Russia-Ukraine War. In the video, she said that her father belongs to Ukraine, while her mother is from Russia. She said in the video that what is happening in Ukraine is a crime and Russia is the aggressor country and the responsibility of their aggression lies in the hands of only one person, who is Vladimir Putin. Marina told in the video that her father is Ukrainian and her mother is Russian and they never have been enemies. She added that the necklace on her neck is the symbol of the need for Russia to immediately stop the war.

This is one of the important steps that only brotherly people can take and create peace in the country. She also added her explanation regarding her actions while being broadcasted on the news channel. She said that she is being ashamed of her actions on the channel. Marina has been working with the channel for the past years and she stated that she is ashamed of allowing people to speak lies on the TV screen. She is ashamed because she is looking at the Russians turning into Zombies. She continued with her statements and said that we stayed quiet when this all happened back in 2014. But right now, the whole world has turned away and ten generations of our descendants will not be able to wash the shame for this fratricidal war.