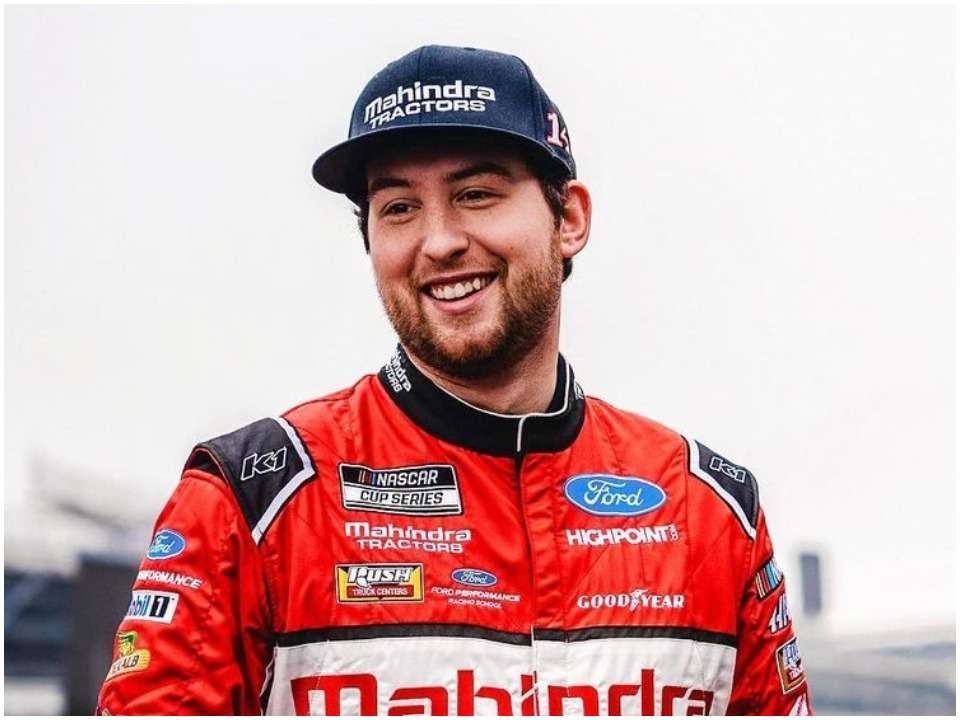 Chase Briscoe is an American personality who is a stock car racing driver. He is one of the full-time competitors in the field of the NASCAR Cup Series and the part-time racer for the NASCAR Xfinity Series. He owns a team of World of Outlaws sprint car racing and has recently won the 2016 ARCA Racing Series championship.

Chase Briscoe was born on 15th December 1994 and as of 2022, he is 28 years old making his prominent career in the field of racing. In the initial years, Briscoe was not allowed from his family side to perform racing. But, later he relented by giving ways to spend family time. Five years later, Chase returned to racing driving with 410 sprint cars at the age of 13. The same year, he was announced to have 17 top-ten finishes and a win in the final race of the season, making him one of the youngest players in the field while beating the NASCAR champion Jeff Gordon.

After starting his career at the age of 13 and becoming one of the youngest personalities who had top 10 finishes in the racing competition, Briscoe applied for the Peak Stock Car Dream Challenge in 2013. He participated in the competition because the winner would be rewarded with a ride at Michael Waltrip Racing. But, Briscoe came second besides winning various on-track races. Then Michael Waltrip Racing executive Ty Norris told Briscoe that even if he had lost the game, he should continue to pursue his career in racing.

Later, in the same year, Chase made his debut with NASCAR K&N Pro Series West, at NAPA Speedway where he finished while being eighth in the race. Thereafter, he ran for two more races the same season but finished while being 13th and 27th at Kern County Raceway Park and Phoenix International Raceway, respectively. Briscoe moved from Indiana to Charlotte, North Carolina back in 2014 in the hope of making new connections in the field of racing.

In 2018, Briscoe decided to run part-time schedules in the NASCAR Xfinity Series. He ran races in both the No. 60 Ford of Roush Fenway Racing and the No. 98 Ford of Stewart-Haas Racing. For the first time, he ran at the Circuit of the Americas where he finished while being sixth and made a record of while being in the first top ten racers. For the majority of the seasons, Briscoe earned sponsorship from Mahindra Tractors.

Chase Briscoe is a happily married personality, who has been married to Marissa and with whom he shares a boy named Brooks Wayne Cunningham Briscoe. The couple, Chase and Marissa, first announced the news of their baby boy’s birth on 2nd October in 2021. He also posted pictures of the baby along with the mother resting together on the bed. Briscoe revealed that his wife was in labor for at least 36 hours that urged the doctors to have a cesarean delivery. The announcement of the birth of the baby boy created excitement in the Briscoe family. The couple announced that it was a hard time because they had to suffer through a heartbreaking time in 2020 in which Marissa Briscoe suffered a miscarriage.

With the hope of becoming parents, the couple tried their best and decided to forget the past heartbreaking days. While having the announcement of the newborn baby, Chase revealed that the doctors were not able to detect the heartbeat of the baby last time in the pregnancy and they announced that “time stopped”. The father announced that he did not know the reason behind the stopped heartbeat but he knew that the god had different plans for the couple. Briscoe said that he and his wife remained stronger and kept on trying in the hope of starting their family.

Chase Briscoe’s estimated net worth is nearly $3 million. He has performed at various on-track races and has recently won the title of Cup Series race at Phoenix in 2022. With this win, he has shown his stamina and the breakthrough performances & the journey in the world of racing.