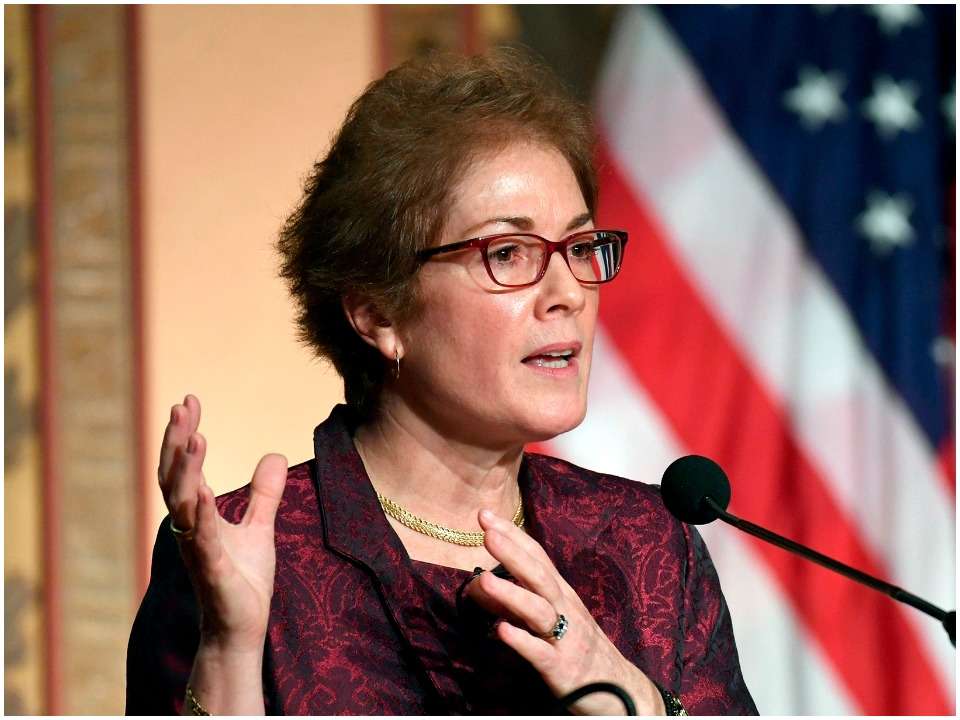 Marie Yovanovitch is an American personality who has been thriving with her high profile positions including American diplomat, a senior member of the United States Foreign Service, and multiple posts in the State Department. On 31st January 2020, she announced that she would be retiring from her position at the State Department. Currently, she is serving as a diplomat in residence at the Institute for the Study of Diplomacy at Georgetown University.

Marie Louise “Masha” Yovanovitch was born on 11th November 1958 and as of 2022, she is 64 years old. She was born in Canada to her loving and caring parents named Mikhail Yovanovitch and Nadia. Her parents fled the Soviet Union and later relocated to Nazis and thereafter get settled in Canada for a brief period, where Marie was born. Along with her family, Marie moved to Connecticut at the age of three and attained the membership of naturalized American citizen at the age of 18. She was brought up while speaking Russian.

Marie went to Kent School in Connecticut back in 1976, where both her parents worked as longtime foreign language teachers. Later, Marie went to earn a bachelor’s degree of Arts in history and Russian studies. She received her graduation or bachelor’s back in 1980 from Princeton University. As part of her degree, she worked on completing a 94-page long senior thesis. She got herself enrolled at the Pushkin Institute in Moscow in 1980 and was later awarded the Master of Science from the National War College of National Defense University in 2001.

Marie completed her primary education and landed a job with the United States Foreign Service back in 1986. Her first assignment in the foreign service was assigned in Ottawa where it was followed by overseas assignments including places like London, Moscow, and Mogadishu. Briefly for two years from 1998 to 2000, she served as the deputy director of the Russian Desk in the U.S Department of State. Later from 2001 to 2004, she became a career member of the Senior Foreign Service and from 2004 to 2005, she held the position of senior advisor to the Under Secretary of State for Political Affairs. She also served her international services as an international advisor and deputy commandant at the National Defense University.

Later she served as a dean of the school of language studies within the U.S Department of State’s Foreign Service Institute. Back in 2016, Yovanovitch was announced as the nominee for U.S. ambassador to Ukraine, where she replaced already assigned, Geoff Pyatt. After being expelled from the position of U.S ambassador to Ukraine, Marie was appointed to the position of Senior State Department Fellow at the Institute for the Study Diplomacy at Georgetown University. On 31st January 2020, it was announced that Marie had retired herself from all her positions in the Department of State.

Marie Yovanovitch’s family fled to the Soviet Union before she was born and got settled in the United States after being relocated to various places including Nazis and Canada. Marie didn’t marry her whole life and never had an idea of adopting a child or even raising a child through any medical operations like what is seen in today’s fast-running world. Both of her parents were Ukrainian. They first moved to Canada and settled in Connecticut, where the parents raised their family. Marie was brought up along with her younger brother named Andre Yovanovitch, 52. In one of her interviews, Marie revealed that she had lost her mother Nadia (that is assumed to be nearly 24th October 2021) and at the moment of her death, the family was residing in Virginia. Nadia was 91 at the time of her demise.

Marie Yovanovitch has performed various responsibilities and was withheld at various positions in the Government sector. She served her four presidential administration positions in the U.S. Government along with two democratic responsibilities and three Republican responsibilities. Yovanovitch has traveled all over the globe during her tenure in the foreign service. In one of her interviews (at the impeachment hearing back in November 2021), Marie accepted and declared that she had moved around 13 times while serving seven different countries, out of which five were the hardship posts.