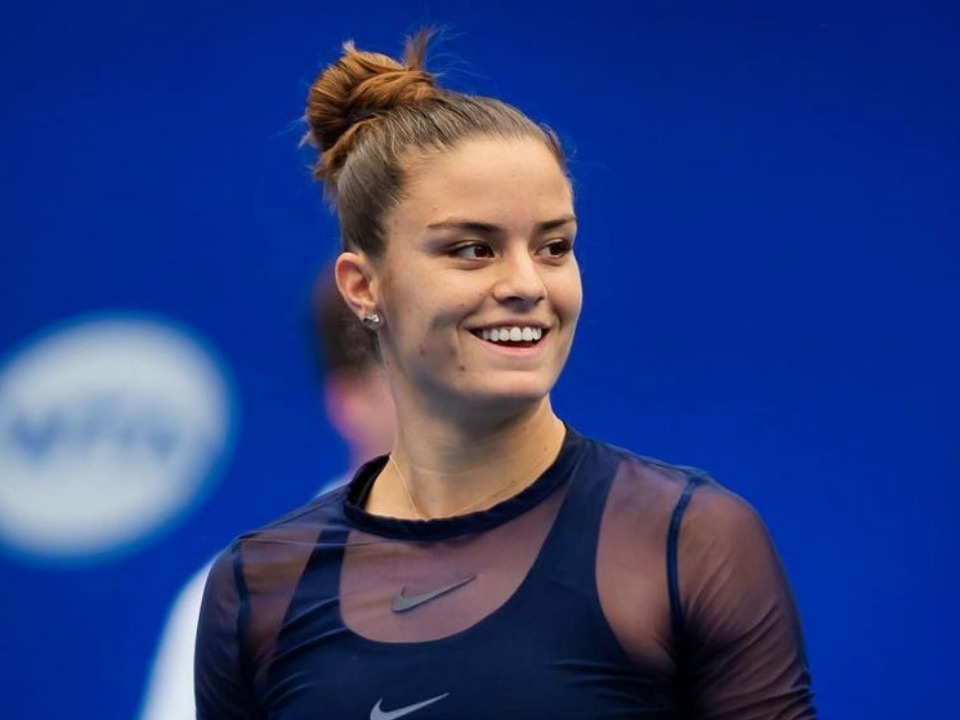 Maria Sakkari is a Greek professional Tennis player with big dreams and lots of ambitions to achieve. She plays for her country and is considered an invaluable asset to her nation. She achieved her career-high singles ranking of No. 22 and is always ready for challenges in court as well as in her life. Maria believes to grab as many opportunities as one can to lead a successful life.

Maria Sakkari was born on 25th July 1995 in the capital of Greece, Athens to Angeliki Kanellopoulou and Konstantinos Sakkari. She grew old with her two siblings, brother Yannis and sister Amanda. Her family stood by her side in every situation and encouraged her to focus on her professional tennis career. She currently resides in Monte Carlo and as per all the data available, she attended Athens college. However, we came across very little information regarding her education and qualification. Nevertheless, given her accomplishments, she appears to be well-educated.

At the age of 6, her parents introduced her to Tennis and since then her heart, mind, and soul have had only one goal, which is to become a successful Tennis player. She moved to Barcelona for her proper training at the age of 18. In 2015, She faced failure in her first two matches on the WTA Tour. Again, in the first round of qualification at the Rio Open, she lost against player Maria Irigoyen, and later at the final stage of qualification at the Bucharest Open, she failed against Daria Kasatkina. However, she was always prepared to face failures but never ever gave up.

She took it all positively and kept trying. After the US Open, she entered the top 200 for the first time, securing the rank of 185. Later in 2016, she passed the qualification at the Australian Open and made a win against Wang Yafan. In the same year, she succeeded to qualify but lost in the first round to Irina-Camella Begu. In 2017, she reached her first WTA Tour semi-final at Wuhan Open by beating Caroline Wozniacki, Elena Vesnina, and Alize Cornet. This success leads her into the top 50 of the WTA rankings in October 2017.

Maria Sakkari was successful at the first Grand Slam tournament of the year, the Australian Open, where she reached her first Grand Slam round of 16. Recently in 2021, she started the season strongly making the quarterfinals of Abu Dhabi with wins over Anastasia Potapova, Coco Gauff, and Garbine Muguruza. She was just a game away from claiming yet another win to her name but she lost in a marathon game against Barbora Krejčíková.

It lasts more than 3 hours and she managed to win in the second lag but in the end, lost. After that, she did participate in Wimbledon but unfortunately, she couldn’t do more as she was ruled out in the second round. Maria participated in US Open as the 17th seed in the tournament and maintained her aggression on the court. She reached the semifinal where she would be facing yet another young and talented competitor Emma Raducanu. Maria will compete against Chinese Tennis star Zhu Lin in the Third Round of the Australian Open 2023.

According to her Instagram feed, she is dating the son of the current Greek Prime Minister, Konstantinos Mitsotakis. In the past, her name was linked with Greek Tennis star Stefanos Tsitsipas however, they never dated. On the other hand, Konstantinos belongs to the royal family and many of his family members are holding some of the highest positions in the New Democratic Party in of the Greek.

Professional tennis player Maria earns a good amount of money from her professional career. She has an estimated net worth of $3 million and her annual salary is under review. Her net worth also includes all her properties and her present earnings. Along with the titles, she has also won many cash prizes. She also makes money from her endorsement deals. At present, she is living a luxurious life full of comfort.