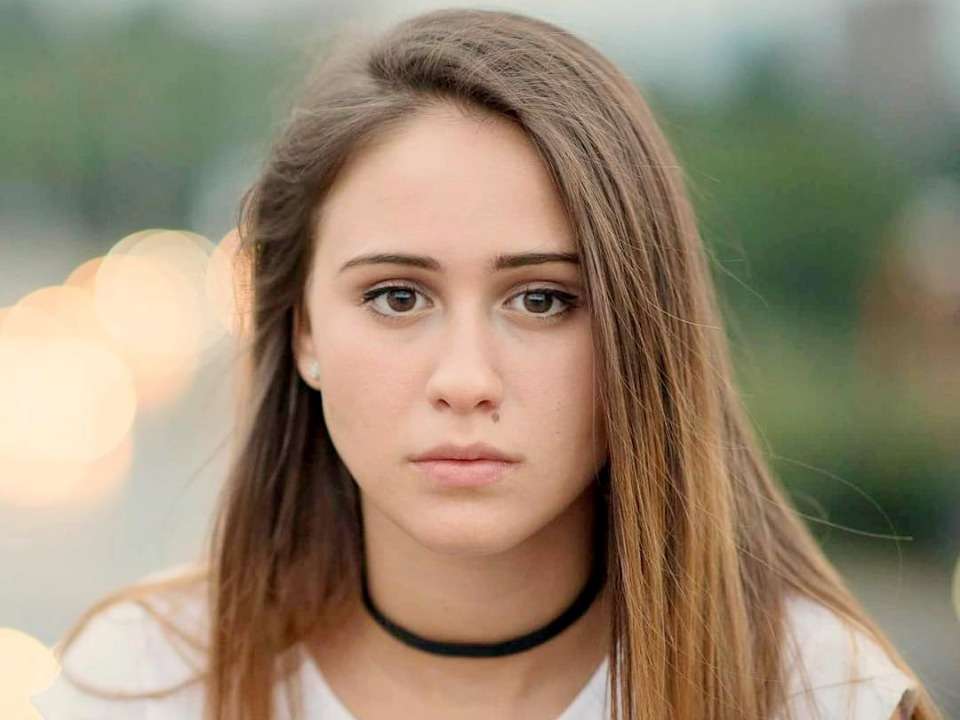 Maria Bakalova is a young and talented Bulgarian Actress who shot to fame after getting an Oscar nomination. She worked in many films and TV series such as Tipichno, Xlla, Gomorrah, Angles, Transgression, Due to Unforeseen Circumstances, Dream day, The Father, Last Call, and Borat Subsequent film. With this nomination, she became the first Bulgarian actress who enlisted for such grand honor.

In 2020 her film Borat Subsequent Moviefilm has been uploaded on Amazon Prime. She has also made an appearance on Jimmy Kimmel Sow which is a popular American Tv show. It’s been 12 long years since she stepped into acting and finally, she is getting the attention she deserves because of her hard work and talent only.

Maria was born on 4th June 1996 in Burgas, Bulgaria. There is no information given about her parents and siblings. She started singing and playing the flute at the age of 6. She attended the National School of Arts in Burgas and had a major in Drama Theatre. In 2019 she graduated from KrastyoSarafov National Academy for theatre and Film Arts where she had majored in Drama.

She has also been the best drama theatre and is commonly known for her roles such as The Plovdiv Drama Theatre, Sfumato, and Drama theatre Ariana Budevska. She is really very successful drama actress in Burgas, Bulgaria. Her career was started with acting and along with that, she was also studying. In 2015 she received an opportunity to work in a TV series named Tipichno as a role named Maria. She appeared in episode 4 of this series. In 2017 she worked in a film named Xlla directed by Magdalena Ralcheva and her role was named Milena. She also worked in a TV series named Gomorrah named as AmicaElvana and was appeared in episode one.

In 2018 she made an appearance in two films named “Angles” where she was Angela and “Transgression” and her role was named Yana. The next year she started receiving opportunities to work in more films. She worked in 3 films, “Due to Unforeseen Circumstances”, “Dream day” by Peter Chiviskyi, and “The Father” by Kristina Grozeva and PetarValchanov. In 2020 she played her role in films named the Last Call by IvayloPenchev as Alexandra. Also, in Borat Subsequent Moviefilmdirected by Jason Wolinerwhere her role is TutarSagdiyeva. She has recently also appeared on the Jimmy Kimmel show which is an American Reality TV series.

In 2018 she received an award for her work in a film named Transgression in the category named “Best Actress”. Just recently, she achieved the feat to grab the “Best Supporting Actress” for the “Borat Subsequent Movie” award at the National Society of Films Critics in 2021. Also with her powerful performance in the film, she gained the attraction of fans and became one of the most talked-about stars of 2020.

There have not been made any revelations about her personal life. She has kept her life very private recently just because she is currently in limelight and neither she has talked about her boyfriend. So currently she is single and focused to build her career.

The famous and talented actress who has done wonders in her professional life is estimated to have a net worth of $ 350,000 US Dollars. She has achieved a lot of success because of her hard work and dedication to her career. Maria is active on the social media account and has gained over 66.6 thousand followers on Instagram. She also has a long way to earn more fame. She is not available on other social media accounts such as Twitter.