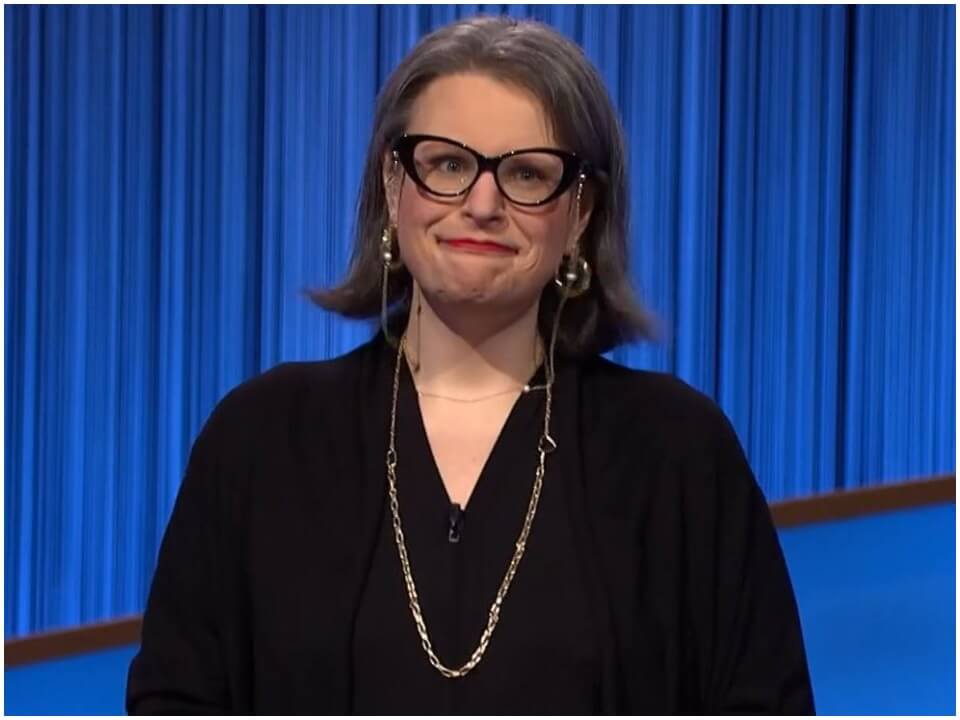 Margaret Shelton is a housewife who belongs to Pittsburgh, Pennsylvania. She entered the show Jeopardy on 1st March 2022 and is still stretching her appearance on the show with the tale to tell everyone. With her unique style of dressing and quirkiness, she managed to steal the attention of the Jeopardy fans and they are loving enjoying her stay on the show. As evident from the social media posts, so many viewers want her to keep winning and make her way to the Tournament of the Champions round.

By looking at her appearance, we can assume that Margaret Shelton is surely in her early 50s. She developed her southern accent while growing up in Drew, Mississippi but now resides in Pittsburgh and she is the daughter of Vernon Shelton. If we take a look at her education then, she went to North Sunflower Academy, Mississippi, and acquired a Delta Gamma, Phi Beta Kappa honor and finished graduation from the Sally McDonald Barksdale Honors College. As far as her occupation is concerned, she is a homemaker and no past regarding her can be found. Shelton became the winner on the first day competing hard with others.

On the fourth day, she single-handedly earned the amount of $21,500, and despite wrong answers, she led the day with such an amount. On the set of Friday’s show, she amassed the public with her outstanding amount of $24,000. The only question for which she gave the wrong answer was a character in a book by Russian novelist Fyodor Dostoevsky for which neither she nor her competitors gave the correct answer. So, she had the chance to clear the “history” with her markings and correct answers.

She made her impressive performance while facing off against some serious competitors including Adrian Alcalá (a software developer from Great Barrington, Massachusetts), and Caitlin McHale (a university marketing manager from Philadelphia, Pennsylvania). On the fourth day, 4th March 2022, Shelton showed her fear admitting that it feels a little scary behind the contestant’s podium. She said that playing Jeopardy is like getting married to the show, you want to do it but you are scared from inside. On her statement, the host Jenning quickly retorted that “it is something with short commitment”.

As far as her personal life is concerned, Margaret Shelton surely married in the past. She told in the show that she along with her husband had to move around before finally settling in Pittsburgh. She also stated that she doesn’t have any children and live on her own. It is exciting to see Margaret Shelton winning her streaks on the set of Jeopardy with the upcoming show on Monday, 7th March 2022.

Margaret is surely a funny person filled with the treasure of knowledge which we can see on the show. Besides, she is a homemaker so there are no details available regarding her wealth and personal investments. Thus, we can’t predict her actual net worth as of now but whatever she earns from the show, she would be spending on Jewelry that’s for sure.