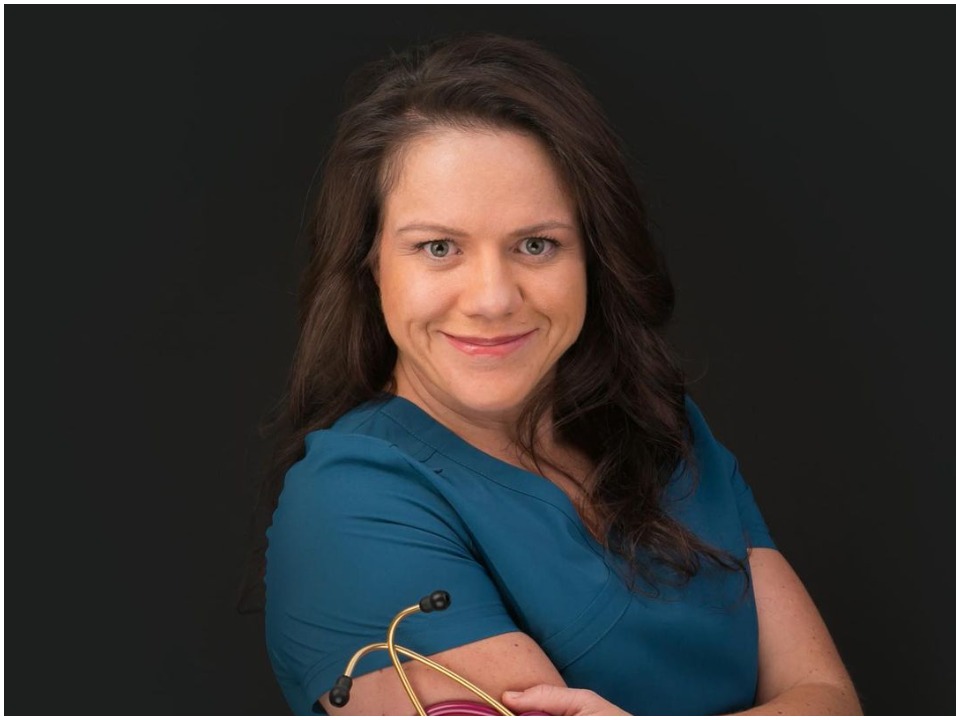 Brittani Coury is an American Professional Paralympics Snowboarder. Her disability class is SB-LL and was seen participating in events like Snowboard cross and Banked Slalom. In 2018 she even won the silver medal at Pyeongchang Winter Paralympic Games. Currently, she is seen competing in the 2022 Paralympics Winter Games in Beijing. She received support from Ralph Lauren, Nike, and Delta at the games.

Brittani Coury was born on 27th March 1986 in Farmington, New Mexico, United States of America. The names of her parents are Jim and Candi Coury while James and Tiffani are her siblings with whom she spent childhood. At a young age, she was very adventurous and used to go mountain biking, snowboarding, water surfing, and hiking. Brittani was home-schooled before high school. She later went to Farmington High School and completed her high school education. Later for her higher and further education, she went to Pueblo Community College.

After completing her studies she worked as a Nurse and an EMT. However, in December 2003 she fell and broke her right ankle while snowboarding. Till 2006 she faced problems in the ankle and had surgery to remove bone spurs.  She underwent many operations and in June 2011 she finally decided to amputate her leg below the knee. She later started participating in various Paralympics sports. In 2018 she was seen at the Paralympics Winter Games in Pyeongchang and competed at Women’s snowboard cross and Women’s Banked Slalom.

In 2019 she was seen competing at Piha 2019 World Para Snowboard Championship in Women’s Banked Slalom and Women’s snowboard cross. Later in 2021, she was seen winning a silver medal at World Cup by competing in the Snowboard cross. In the Beijing Paralympic Games 2022, she is carrying the hopes of thousands of people to win the gold medal for sure.

Brittani Coury must be currently single. The information about her relationship has been kept private and away from the limelight. She seems to be more focused on her upcoming matches and spends most of her quality time with her parents and siblings. Brittani is an active user of social media. She keeps her fans entertained by posting content about her upcoming snowboarding matches. On her Instagram account, she has 11.1 thousand followers. She joined Twitter in January 2010 and earned 57 followers.

Brittani Coury has earned a lot in her career by participating in snowboarding competitions. She has also served the duty of nurse despite her disability. According to sources, the details about his net worth have been kept private and away from the limelight.