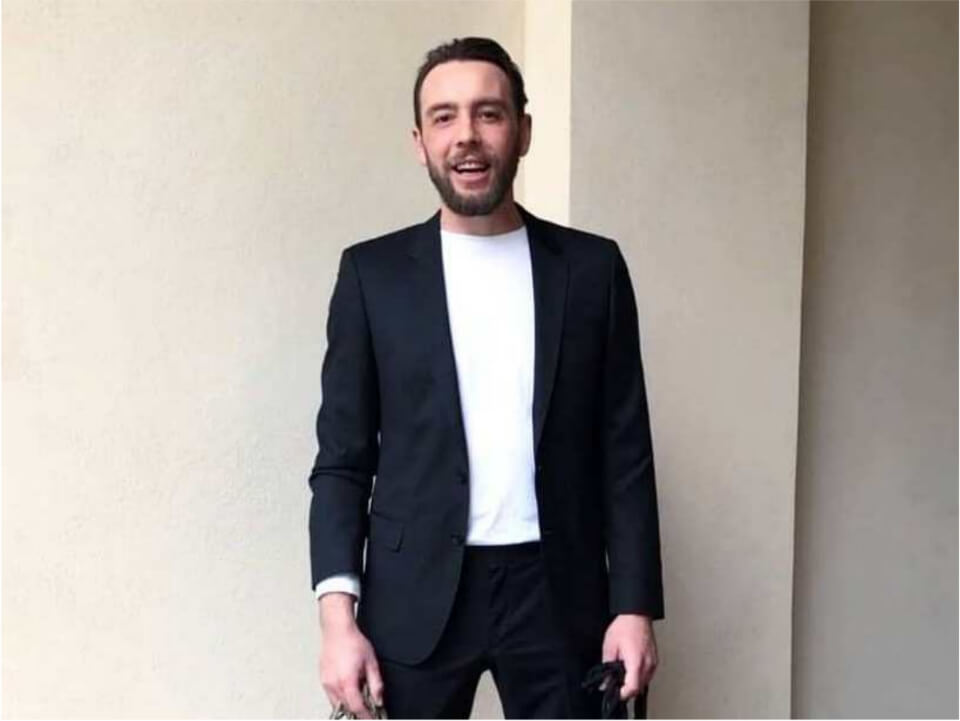 Marcin Kowalczyk is a famous actor and known best for award-winning polish films such as Hel (2016), The Lure (2015), and How I Became a Gangster (2019). He was honored and achieved various awards for his debut role as “Magik” in the film You are God (2012), including the Polish Film Award Orzeł in the category: Discovery of the Year. The main male role in Krzysztof Skonieczny’s feature debut Hardkor Disko (2014) brought him an award at the 33rd Festival of Film Debuts “Młodzi i Film” in Koszalin – “for creating an electrifying role that builds high tension with minimal means.”

He achieved an honorary award at the National Independent Film Competition in Konin for the character of a hiding criminal in the film He Looks Bad From Our Eyes (2014). Apart from acting, he appeared in the music video for Ørganek’s song “Mississippi w ogniu” (10th October 2016) by Tomasz Organek and Ørganek. Marcin is an animal-lover ❤️ person who owns a dog and likes to spend his free time on farms with horses.

Marcin Kowalczyk was born on 28th July 1987 in Kraków, Malopolskie, Poland. He never revealed his parent’s identity or any information about his family members in the media. In 2012 he graduated from the Acting Department of the PWST in Krakow.

Marcin began his acting career in his teenage years. In 2004, he made his debut at the Mumerus Theater in Kraków as the beggar and Valentine in Witold Gombrowicz’s Iwona, directed by Wiesław Holdys.

He also played in Woyzeck (2009) by Georg Büchner at the “Bagatela ” Theater named after Tadeusz Boy-Żeleński, dir. Andrzej Domalik and Klub Polski (2010) as Konrad / Juliusz Słowacki, staged by Paweł Miśkiewicz at the Dramatic Theater in Warsaw.

In 2011, for his performance in Babel 2, directed by Maja Kleczewska, he received an acting award at the 29th Festival of Theater Schools in Łódź.

Marcin earned popularity and fans from his acting abilities. He was seen in various Polish films. He appeared in the film You Are God (2012) and played the part of the character Magik. Later, he was seen in the cast of Stanisław Wyspiański’s Liberation (2017), directed by Krzysztof Garbaczewski at the Teatr Studio im. Stanisław Ignacy Witkiewicz, appeared as “Blue Lady” in Sergei Prokofiev’s Fiery Angel, dir. Mariusz Treliński at the Teatr Wielki – Polish National Opera in Warsaw and played Gregers Werle in The Wild Duck (2019) by Henrik Ibsen, dir. Franciszek Szumiński at the Teatr im. Stefan Żeromski in Kielce.

Furthermore, he was also popular for his work in award-winning short dramas – Arena (2013), Fuga D (2014), and You Keep an Eye on Us (2014). He was also seen as Adam, along with star cast Gabriela Calun, Agnieszka Findysz, and Agnieszka Gozdyra in Kosmos (2017), directed and written by Marcin Kaminski. In 2018, he appeared as a Sigma in “Alpha,” directed by Albert Hughes. After that, he was cast in the leading role in the crime drama How I Became a Gangster (2019), which Maciej Kawulski directed. In the film, he played the character of a polish gangster who discovers the senselessness of his life. In 2022, he was seen in the TV series Matka and played the character of Rafal.

Marcin Kowalczyk is not married. In the past, he hasn’t been dating or involved in a relationship with anyone. As of January 2023, he hasn’t revealed any information about his marital and relationship status. He is only focusing on his acting career and trying to get opportunities for film projects.

Marcin Kowalczyk is a talented and handsome actor from Poland. His income source is mostly from being a successful actor and model. It is safe to say that Marcin’s estimated net worth is around $5 Million.