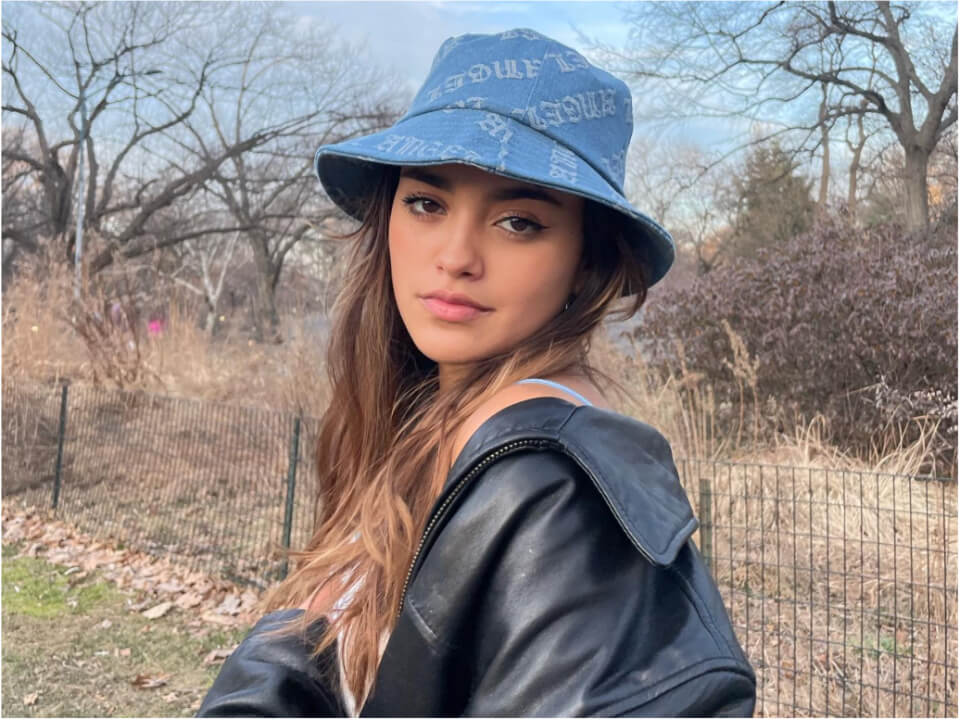 Maia Reficco is a 22 years old young popular American Actress, known for her role as Kally Ponce in her debut series – Nickelodeon’s Kally’s Mashup. She, along with acting, is passionate about singing. She also plays instruments like ukulele, piano, guitar, etc.

Maia Reffico was born on July 14, 2000, in Boston, Massachusetts, United States but when she was 8 years old, she and her family moved to Buenos Aires and so she has both nationality – American and Argentine. She was born to Katie Viqueira, an Argentine Tango and folklore singer, and Ezequiel Reficco. Maia and his younger brother, Joaquín Reficco Viqueira, have sung in their DNA as both of them have been practicing singing since their childhood.

Her ethnicity is not known. Maia also got a chance, at the age of 15, to come to Los Angeles and live with Claudia Brant where she studied singing. Maia Reficco Viqueira’s primary education is unknown. However, she completed her degree in the Young Performers Program at Berklee College of Music. After completing this 5 week’s program, she even received a scholarship to further pursue her career. She also studied singing with the very famous vocal coach Eric Vetro.

Maia’s career started in 2017 when she got the role of the protagonist- Kally Ponce in the series Kally’s Mashup (2017-2019). Sometime later, Maia signed a contract with Deep Well Records and went to Miami to record music. In October 2017, she presented the musical theme of the series ‘Key of Life’ at the ‘Kids Choice Awards Argentina’.  In 2021, she was seen in the movie – Kally Mashup: A very Kally’s Birthday, based on the original series.

Maia Reficco will soon appear on the famous ott platform, Netflix’s movie, Strangers and Do Revenge (2022), and she is also seen as Noa Olivar, for the rebooted series Pretty Little Liars: Original Sins, which will be released on HBOMAX. Her projects include work like Sometimes I Feel Like Dying and Club 57. In 2018, she won Favourite TV Artist for My Nick Awards. Besides being on screen, she has also done theater where she has played several characters —

In August 2018, Maia confirmed that she, as a solo artist, will be working on the recording material in collaboration with a big label. Her released songs include Key of Life, Of You, I’m not going to change, So hot, and Yours. Later on  December 14, it came to notice that she and Claudia Brant had composed songs together. She released her first single album Tuya in September 2020. She is also signed to Sony Music Latin and has released various singles.

Maia has a very active social media presence. She likes to post pictures and update her fans about her life. Maia has a verified account on Instagram with over 1.4 million followers. She has done many brand endorsements on her account as well. Maia is also famous on TikTok and has 3.1M followers. Maia also tweets about her projects on Twitter where she has 455 followers. Besides, she also has a youtube channel with 250k+ subscribers.

When it comes to her boyfriend or romantic life then she is single now because there are no reports available about her having a boyfriend. Also, looking at her social media, we couldn’t find any evidence that can be linked with her in the past as well.

The talented actress lives a lavish life with acting as her source of income. It is estimated that her net worth is around $ 1.5 million.