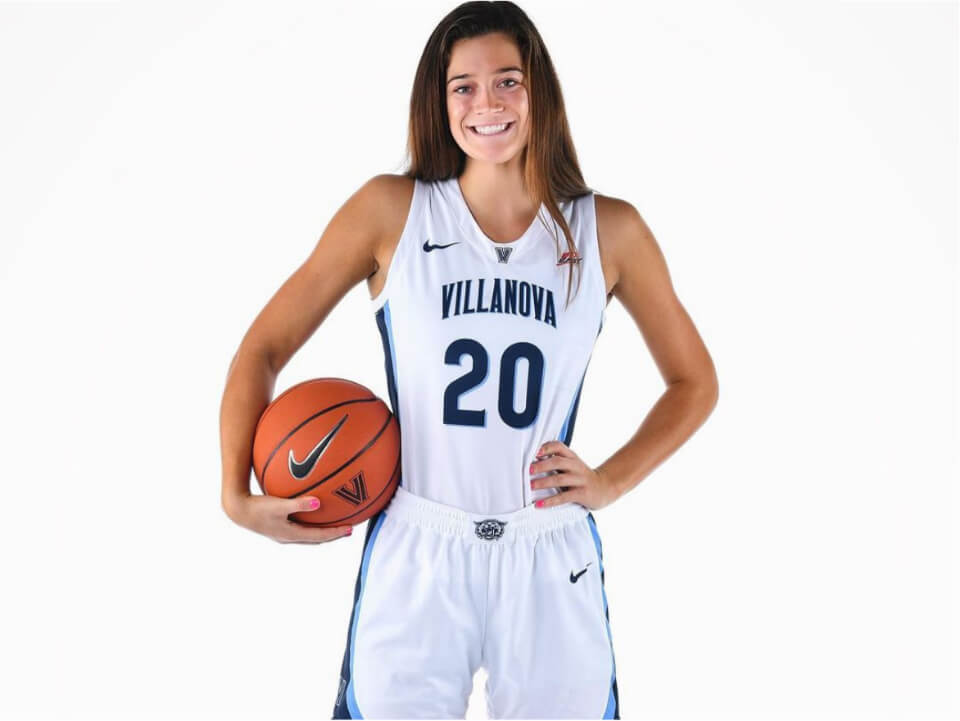 Madison Siegrist is an American Basketball player playing for the University of Villanova of the Big East Conference. She is positioned on Forward. In 2022 she has been named Big East Player of the Year and was the third–team All-American selected by the Associated Press and the United States Basketball Writers Association. She has earned a roster spot on the 2022 FIBA U23 Nations League final team.

Madison Siegrist was born on 22nd May 2000 in Poughkeepsie, New York. The name of her parents is George and Ginna. She has a sister named Caroline and two brothers who are George and Patrick. At a young age, she actively played sports with her siblings who are also competitive.

Maddy went to Our lady of Lourdes High School to pursue her studies and was seen participating in playing Basketball for the school teams. Later for her higher and further studies, she went to the University of Villanova. Along with studies she also played college basketball. She received a Bachelor’s degree in Communication and is currently pursuing a Master’s degree in Education.

Madison Siegrist started her career by playing Basketball professionally in school and college. As a Junior at her high school, she had an average of 21 points, 12 rebounds, and four assists per game and led her team to Section 1 Class AA Semifinals. During her senior year, she averaged 32.7 points and 13.1 rebounds per game.

During her first season at Villanova, she was redshirted as she suffered from a broken ankle. Later in 2019 she was seen scoring 41 points, 10 rebounds in a match against La Salle and won 77-69. As a freshman, she started 28 games in played 31 games scoring an average of 18.8 points and 8.9 rebounds per game. She played games against Manhattan, Xavier, Penn, Saint joseph, and more teams.

In the 2020 season, she was the third player in school history to register 500 career rebounds in two seasons. She was seen in 24 games and averaged 22.8 points per game and 9.8 rebounds per contest in 34.6 minutes per game. In addition to that she played games against Georgetown, St. Johns, Rider, DePaul, Creighton, La Salle, Florida, Seton Hall, and many more teams as well.

Along with that in the 2022 season, she scored a 41-point performance and lead Villanova to win 74-71 over Temple. She also scored her 2000th career point and won over USF and her name has been suggested for Wooden Award announced in the Women’s Preseason Top 50 Watch List. Her college football has been wrapped up and will be seen as a roster spot in the 2022 FIBA U23 Nations League final team.

Maddy is currently in a relationship with her boyfriend named Stephen Perretta. The duo met at the University of Villanova and is seen as Fairleigh Dickinson Women’s Basketball team’s assistant coach. She enjoyed posting lots of pictures with him on her social media account. They are happily dating and she spends most of her time playing basketball.

Madison Siegrist has earned a lot in her career by playing Basketball. She earns through winning prize money or when she performs the best in the game. Along with monetary, she receives non-monetary benefits as well.  Some other source of her income is earned from brand endorsement deals.