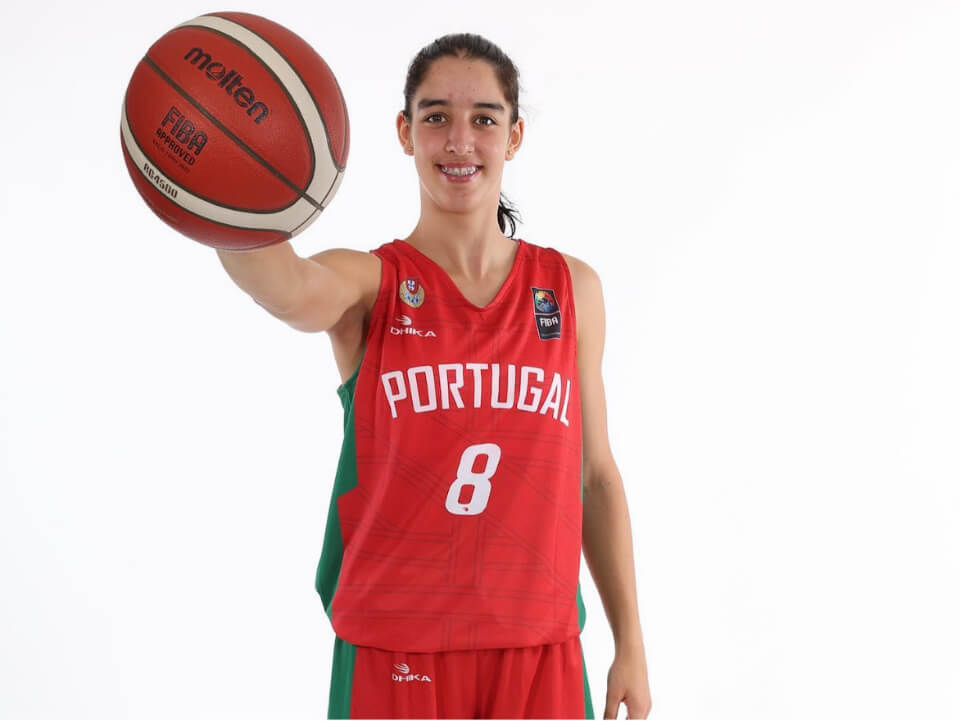 Ines Bettencourt is yet another junior college sensation from Portugal who has caught the attention of scouts with her play. She is one of the athletes at the University of Connecticut and before making it to the huge crowd, she only played in front of 200 people max in her hometown.

Ines Bettencourt was born on 29 September 2004, in Sao Miguel, Portugal to her parents. Ricardo Bettencourt and Caterina Bettencourt are her parents who are supporting their daughter at every step of her sports career. It was not possible for her to pursue a basketball career in her hometown thus, she moved to the United States. Her brother’s name is Rodrigo and other than this, no information about her family is accessible at the moment. Ines goes to Clube União Sportiva highschool. She is a freshman student and a professional basketball player. She did her middle school at a local school in Sao Miguel, Portugal.

Ines Bettencourt competed for Clube União Sportiva in São Miguel. She recently represented Portugal at the International level at the 2022 FIBA U18 Women’s European Championship, Division B. Her team ranked fourth in the tournament with 14.4 points per game and added 4.6 steals, 3.7 rebounds, and 3.6 assists per game.

She belongs to the UConn Huskies women’s basketball team which represents the University of Connecticut (UConn) during the 2022–23 NCAA Division I women’s basketball season. Her three free throws in the final 20 seconds of UConn’s game over Princeton in front of a Storrs crowd of 8,731 secured the Huskies’ victory.

Ines Bettencourt has a verified account under the username @ines_pbettencourt. She joined Instagram in January 2018. She has more than 4000 followers on her Instagram account and has just 9 posts, all of which are related to her basketball shots and pictures with the team. Though she is not on Twitter, tweets about her are all over Twitter. Recently, UConn Women’s Basketball’s Twitter page welcomed her by posting a welcome tweet.

Her social media clearly states how she likes her life to be private as she doesn’t post much on Instagram and other social media. And so nothing much about her personal life is known to the media and audiences.

This is the beginning of Ines’s career. Though she has been playing for a while, the recent victory of hers and her team made her come into the limelight. For now, her net worth is not known. If she focuses on her career like this, she can be one of the highest-paid athletes in the coming years.