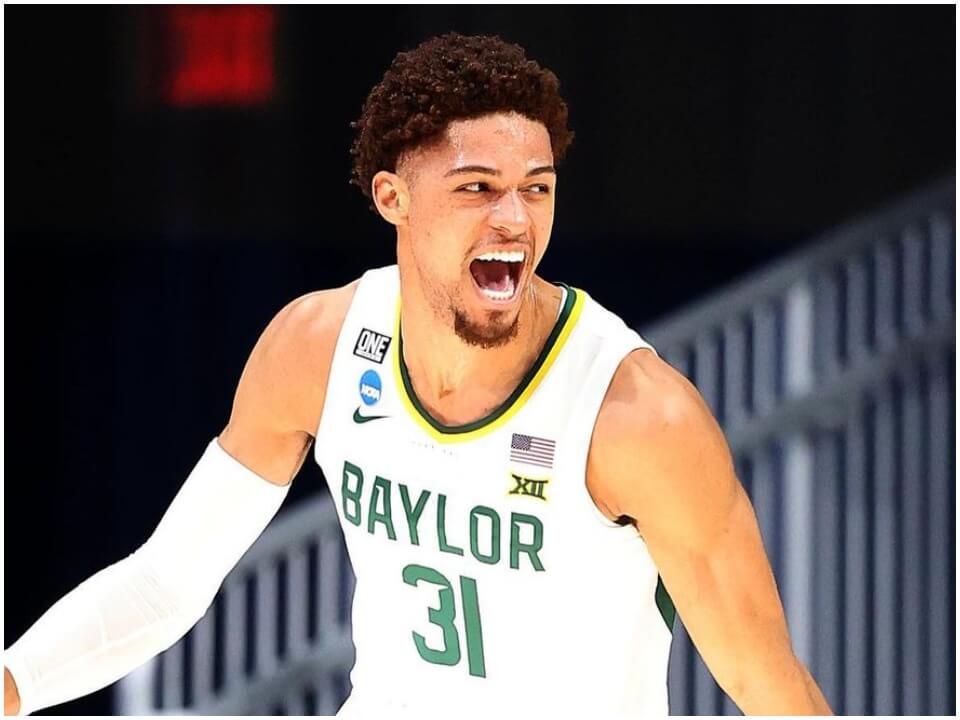 Macio Teague is a talented handsome American college basketball player who plays basketball for the Baylor Bears team of the Big 12 Conference. He is known to play as a shooting guard in the team. He has won many games for his team and also has won six major titles for himself.

Macio Teague was born on June 11, 1997, in Ohio, United States of America. He is the son of Sean Teague and Barbara Teague. He has a brother whose name is not yet revealed but he once mentioned that he loves to spend time with his family which is mainly possible on weekends. As a student, Macio attended the Summit Country Day school in Cincinnati, Ohio. After that, he attended the Walnut Hills School and then moved to Montverde Academy in Florida. For his higher studies, Macio attended UNC Asheville College from 2016 to 2018, and then now he goes to Baylor college since 2019.

On February 11, 2017, Macio scored a freshman season-high of 30 points for the UNC in a 91- 69 which was won by Asheville against Longwood. He scored an average of 15.4 points, 4.6 rebounds, and 2.7 assists per game. On February 1, 2018, he made a career-high 36 points and made seven three-pointers in a 64-57 victory over Campbell. Macio made his debut in the Baylor team on November 5, 2019, where he scored 18 points and collected 10 rebounds, and won against Central Arkansas for the first time ever.

On February 8, 2020, he scored a junior season-high of 24 points including six straight free throws in the final 14 seconds. In 2021, Macio scored 35 points shooting 10 out of 12 from 3 pointer range where Baylor’s won against Texas Tech. It would be interesting to see him performing in upcoming games because he might be the biggest prospect for the upcoming NBA draft.

In recent times, it was mentioned that the Baylor trio, which are Jared Butler, Macio Teague, and Davion Mitchell headed to the title game. The trio is known to be doing everything together for a couple of years. The trio declared the NBA Draft last spring shortly after the Big 12 and NCAA were called off due to the pandemic but all three are known to be back again. Everyone had their different reasons but they knew that they had a chance to win the program’s first national championship together.

Macio has been quite secretive about his personal life but seeing him focusing on his career, we can assume him to be currently single. Being a handsome young man, Macio is expected to find a girlfriend soon and update his fans about his dating life on his social media network as soon as he finds one.

As a professional basketball player, Macio earns an estimated net worth of $ 1 million which is a good sum of money to earned by a 23- year- old. He earns this income by playing basketball for his team Baylor Bears of the Big 12 Conference. His net worth is expected to increase after playing more games in the near future.