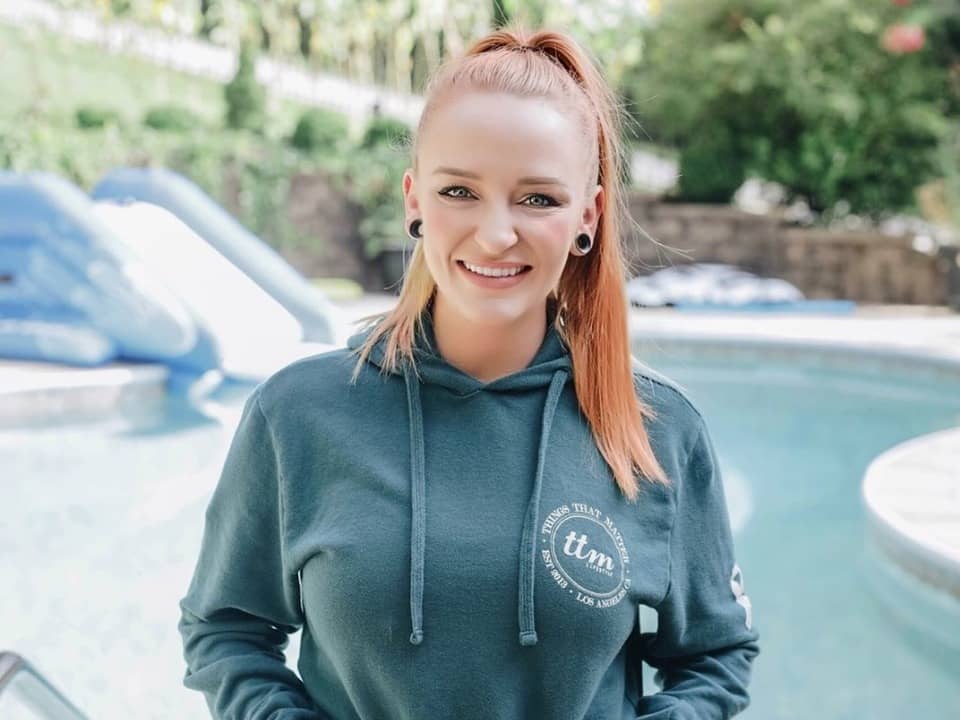 Maci Bookout is a television personality who belongs to America and is also a public speaker. She was born and raised in Chattanooga, Tennessee. Maci received the public’s attention after she was being cast in the reality show called 16 and Pregnant in 2009. In the show, she documented her pregnancy and the first month of motherhood with several other young women. Later that year, she was being cast in another reality series “Teen Mom” and she appeared in around four seasons until it was concluded in 2012. In March 2015, Maci returned with other women on the MTV reality series on the fifth season of the show that was further renamed as Teen Mom OG.

Maci Bookout was born on 10th August 1991 in Chattanooga, Tennessee, United States. Her parents are Gene and Sharon Bookout and also has an elder brother named Matt. She attended Ooltewah High School and attained her graduation degree in 2009. Later, she went to Chattanooga State Community College and done her graduation with an Associate of Arts degree in the spring of 2015.

Apart from being a reality TV star, she has also appeared to write some books. He released her first book in September 2016 named “Bulletproof”. Thereafter, she released her second book that was named “I Wasn’t Born Bulletproof: Lessons I have learned” in June 2017. In 2018, she appeared on the show named “Naked and Afraid” where she was supposed to attempt 14 days in the wilderness but she quit the show on the second day. Maci and her husband Taylor have their own clothing brand that is named TTM- Things That Matter.

Bookout had to face trouble with ex-boyfriend Ryan Edwards since the birth of their second child. It was revealed that Bookout and the husband Taylor had filed an order of protection against Ryan Edwards. Bookout claimed that Edwards left the voicemail threatening to take their son and threatening the couple. But the order of protection was dismissed.

Today, Maci Bookout is focusing on her immediate relationship with her husband and family which included a 12-year-old son Bentley whom she shares with Ryan and two other kids whom she shared with her recent husband Taylor- Jayde (6) and Maverick (5). With the kids and husband Taylor, Maci will show that how she prioritized her marriage. She is trying to keep her inner circle small and intact.

Maci became pregnant with her first child with her then-boyfriend Ryan Edwards. She gave birth to a son on 27th October 2008. The couple then got engaged in 2009 but soon ended their relationship in 2010. After the breakup, She started dating her childhood friend who was named Kyle King. The pair became close to each other and ended their relationship shortly after the relationship in 2012. There were rumors that the girl had to face cheating from the side of Kyle King.

After this, Maci Bookout started dating Taylor McKinney who worked as a motocross racer and belonged to Texas. The pair then announced the pregnancy while being together in January 2015. Soon they welcomed their first girl child named Jayde Carter on 29th May 2015. Later to the birth of both children, McKinney proposed to her on 19th January 2016 at Venice Beach in California. He proposed to the lady while filming for an episode of Teen Mom OG, shortly after which the pair announced their pregnancy with their second child. Bookout then gave birth to a son named Maverick Reed on 31st May 2016. Thereafter on 8th October in 2016, the couple got married in Greenville at Florida.

Maci is one of the highest-earning stars from the Teen Mom OG and reportedly she earns around $500K per season. Apart from this, she also owns a clothing company with her husband which adds some extra advantage to her favor as far as net worth figures are concerned. From all these sources, her net worth is surely more than $2 million.