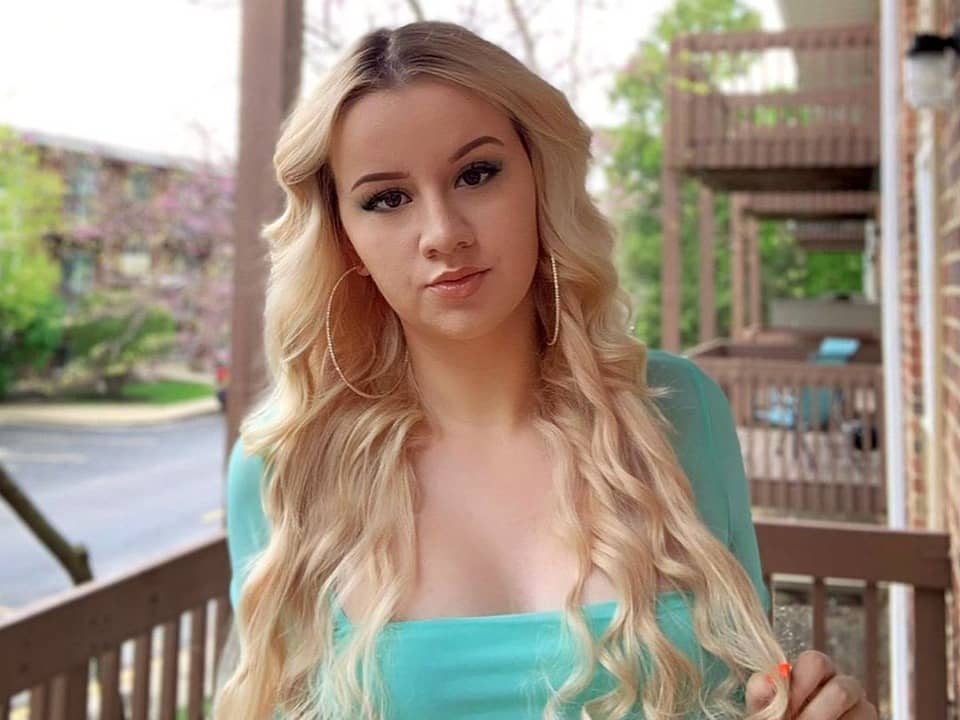 Kayla Sessler is a teen mom who is just 22 years old and has recently revealed that she is pregnant with the third child in the Young & Pregnant trailer. The mom-to-be again recently claimed that her second child’s dad Luke cheated on her. Kayla amazed the audience with the news she shared at the end of the Young & Pregnant trailer; revealing that “she is pregnant again”. Kayla shares her second child name Ariah (daughter) with fiancé Luke Davis. It is not yet known whether Kayla is pregnant with the third child or not or who is the father of this unborn child.

Kayla was born on 16th November 1998 in Cortland, Illinois. Jaime Villacorta is her mother while Tyle is her brother although, it’s not disclosed who her father is as of now. Her bio on the Linkedin profile read that she was a student at DeKalb High School and went to Kishwaukee College for higher education.

The teen mom Kayla Sessler recently celebrated the third birthday of her first child- a baby boy named Izaiah. She was furious after resurfacing her child’s birthday and seeing his father Stephan Alexander being absent on his child’s birthday. The reality star has also revealed that she has not seen the daddy for a year. In the new episode of Young and pregnant, the daddy Stephan made an “unexpected” gesture on his child’s third birthday. During the time of celebration and while playing with reptiles or surrounded by the decoration of cake and other things, Kayla admitted that she had not heard about Izaiah’s dad.

She revealed that Stephan has not reached us and she doesn’t care as she was celebrating the child’s birthday with family and friends. The things abruptly stopped when a man with a gift from Stephan’s side entered the scene. Kayla’s recent fiancé Luke Davis opened the box for the child while Kayla opened the card which further included a lengthy note. Upon seeing the lengthy note, Kayla muttered silently that Izaiah can’t read and I don’t want to read this and tossed the card with the envelope off to the side.

Back in May, Kayla told her fans in Instagram Q & A that it had been a year since she has connected with Izaiah’s father. She still remembers the scene when she met the father almost a year ago in a park where she had taken the son for walking. Kayla had left that memory behind where she met Izaiah’s father in the past. She is 100% happy to leave him there. Also, she added that she hopes that social media would be kind to her but she knew that it would never be. She continued that she had learned a big lesson from this season to put herself on priority and find a new identity for herself and said that she has felt like she has lost herself somewhere in the relationship, which she accepted in front of PopCulture.

Being a television and social media star, it is obvious that she is living a luxurious lifestyle. Thus, she is also recking a huge amount of money from her television career especially in the reality shows world as well. Her net worth is estimated at around $5 million which includes brand endorsements as well personal investments as well.