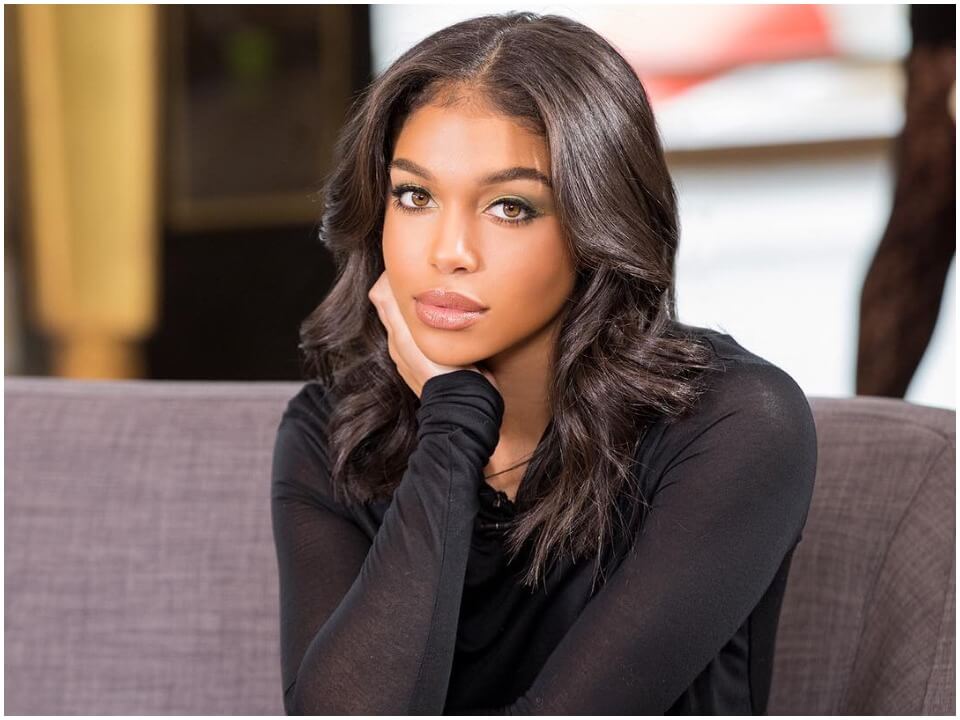 Lori Harvey is an American model and famous internet personality. She is known to be the step-daughter of popular American host, comedian, producer, actor, and radio personality Steve Harvey. She was born on January 13, 1997, in Memphis, Tennessee, the United States to mother Marjorie Elaine Harvey and father Donnell Woods, but after her mother married Steve Harvey in June 2007, Steve has adopted all of Marjorie’s children including Morgan and Jason. Her other step-siblings include two brothers, Broderick and Wynton Harvey, and sisters Brandi and Karli. She went to a high school in Atlanta, Georgia. Later she decided to attend Florida college and even was a part of the school’s equestrian team.

Lori initially wanted to become a professional equestrian since a young age. she enjoyed the sport and was even a part of her college’s equestrian team. however due to a serious injury in 2015 while riding in Lexington, Kentucky, made her competitive horseback riding over, but it never made her stop her from riding horses. Now she only does the activity as one of her hobbies and has shifted her focus on modelling.

As a child, Lori did appear as a child model for a few advertisements and commercials while she was only 3 years of age. But recently in 2017 she professional started her modeling career again. She signed her contract with LA models based in the United States and Select Model Management in Europe. Lori is a fresh face into the fashion industry, but due to the fact she is the step-daughter of well-known personality Steve Harvey, she has received some first-hand and making it into the industry. She has worked and modeled for Dolce and Gabbana at both Paris and Milan Fashion Week and was also seen in an upcoming campaign for the same brand. In 2017 she also made an appearance at the Met Gala held in New York.

The 24-year-model has a history of dating men. Her dating life goes back to January 2016 when she was seen in Dutch football player Memphis Depay, in fact, in June 2017 the couple even got engaged. But the same year the couple separated. By the end of 2018, Lori and R&b singer Trey Songz was dating. The pair later had a split and Lori removed all her posts with Trey from her Instagram. Lori was quite in the limelight for dating Sean Diddy Combs with their 27-year age gap, there were also some rumors that she even went out with his son, Justin Combs.

At the end of 2019, Lori was seen with rapper Future shortly after her split from Diddy. They celebrated New Year’s together and planned a vacation in Jamaica for her 23rd birthday. In August, the couple was officially not together anymore. Recently her romance was confirmed with actor Michael B. Jordan. They celebrated Thanksgiving and Lori’s 24th birthday together.

In recent film premiere of Micheal B. Jordan, they both clicked photos together and it was just adorable. Without remorse is the upcoming movie of Micheal but due to current scenario of covid protocol, premiere held at their home. The couple is getting lots of love and praise from fans and also getting compliments for looking just the perfect couple as well.

Lori now walks the ramp, makes headlines with her chic fashion, and moreover has an impressive number of followers on all social media platforms. Even though she might be a fresh face in the fashion industry, as a professional model she has quite the fame. As of 2021, her net worth is estimated to be around $1 million US Dollars.