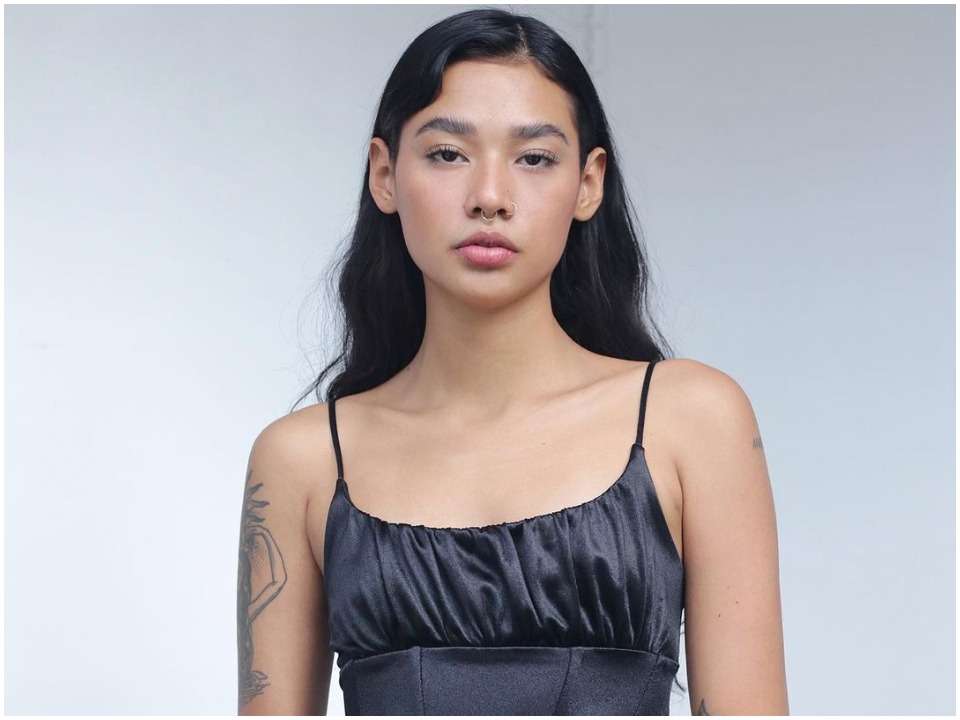 Lizeth Selene is an actress, singer, and drummer. She is a 23-year-old girl who belongs to Acapulco, Mexico. Lizeth Selene has become the center of attraction for the public after it was confirmed that she would be playing a significant role in the upcoming series of Netflix Rebelde.

Lizeth Selene was born on 7th February 1999 and as of 2022, she is 23 years old. Lizeth Selene was born in the Acapulco City of Mexico to her loving parents. But, the identity of her parents has not been revealed yet. Lizeth says that she was very passionate about music from a young age. She used to get influenced by her grandfather who used to sing for her. But, she always used to feel embarrassed while singing in front of her parents.

Lizeth used to feel ashamed while singing in front of her parents but she was passionate about showing her urban side to the public. She often used to upload her videos and creatives on the internet. The use of the internet changed her life completely as she got to know that “Sony Music Mexico” was promoting talent from Mexico. Immediately she utilized this opportunity and went to present herself in front of the judges. She passed the audition with high colors and they booked her for the first performance.

Although she has just made a beginning in her career with music and acting skills, she is yet to get more success as she understands the depth of the industry and its knowledge. Lizeth has recently landed herself with the character of Andi in the upcoming series “Rebelde,” directed by the director Santiago Limón. Lizeth loves to play drums and work with music. She says that she loves music because it helps her escape from reality. Before joining the Rebelde, Lizeth was cast with a role alongside Fernando Rasé, María Penella Gómez, Marisel Polanco, Isaac Cherem, & Sebastián Zurita in “Bankrolled”.

She performed the role of Borealis and made her debut with the film Bankrolled. But, for that particular role, she didn’t gain huge fame in the industry. Acting in front of the camera was not her primary role where she acted. Before this, she worked on her melodious voice while being a singer and performs regularly in the music industry. Lizeth has earned her name in the music industry with her voice and sounds. Nowadays she is popular in the industry for five music videos on YouTube & seven singles.

Lizeth Selene is not committed to anyone yet. She has never been seen with anyone in the public. She is new to the industry of music and acting. We wish her success in the industries and for her luck in the future.

Selene is an aspiring personality who has done only one film yet. She is appearing with the new series called Rebelde presented by Netflix. Lizeth is assumed to have a net worth of around $100,000 to $1 million. She is yet to achieve a lot of things in her life. She has recently stepped into her career with the endeavor of getting a successful life.