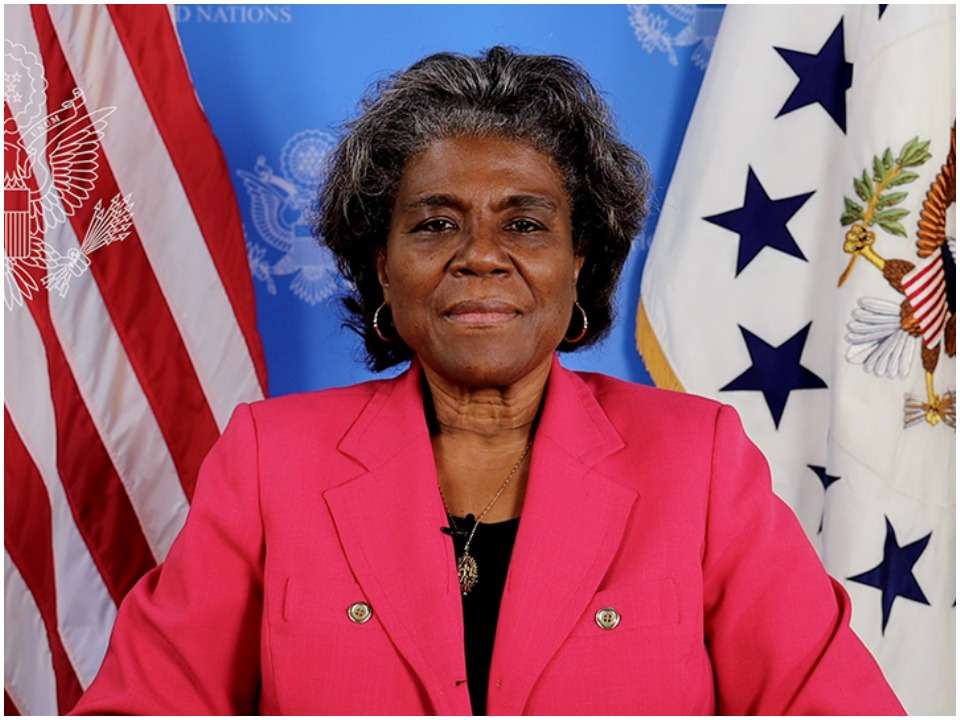 Linda Thomas Greenfield is the 31st United States Ambassador to the United Nations as she was nominated by President Joe Biden. She has expressed concerns over tension between Ethiopia and Tigray. Some of her publications are US Refugee Admission History and Policy, Zimbabwe’s Coup: Net Gain or No Gain, and The Transformation of Diplomacy: How to save the state department.

Linda Thomas Greenfield was born on 22nd November 1952 in Baker, Louisiana, United States of America. The name of her parents and siblings has been kept private and away from the limelight. At a young age, she showed interest in society and wanted to provide equal opportunities and rights. Linda has completed her high school education at a local school in Louisiana. The details about the same have not been shared. In 1974 she earned a Bachelor of Arts degree from Louisiana State University. Next year she went to the University of Wisconsin- Madison to pursue a Master of Public Administration.

In November 2020 she was in the position of Senior Vice President at Albright Stonebridge Group but was on leave. The same year on 24th November she was nominated as the next US Ambassador to the United Nations. On 27th January 2021, she appeared before the Senate Committee on Foreign Relations. Ion 23rd February 2021 she was confirmed by the United States Senate with a vote of 78-20. At the beginning of March 2021, she became president of the UN Security Council as the head of the United States. Her term ended on 31st March 2021. Currently, she focused on responsibilities as US ambassador of the United Nations.

Linda is active on social media applications like Twitter. She joined Twitter in May 2016. Till now she has earned 200.7 thousand followers and 322 followings. Her tweets are filled with talks on current affairs about disputes and she urges to maintain peace. She also gives opinions relating to current affairs.

Thomas is married to her husband named Lafayette Masteen Greenfield. Lafayette was dedicated to civil service and worked for State Department as a Foreign Service officer.  Their marriage was very private and low-key with close family members. They are also blessed with two children named Lindsay Greenfield and Lafayette Greenfield II.

Linda Thomas Greenfield has earned a lot by working at United Nations and Foreign service on different posts. The details about her salary have not been shared as she earns from United Nations. However, no official statement or any kind of numbers are disclosed regarding her wealth and fortune at the moment.