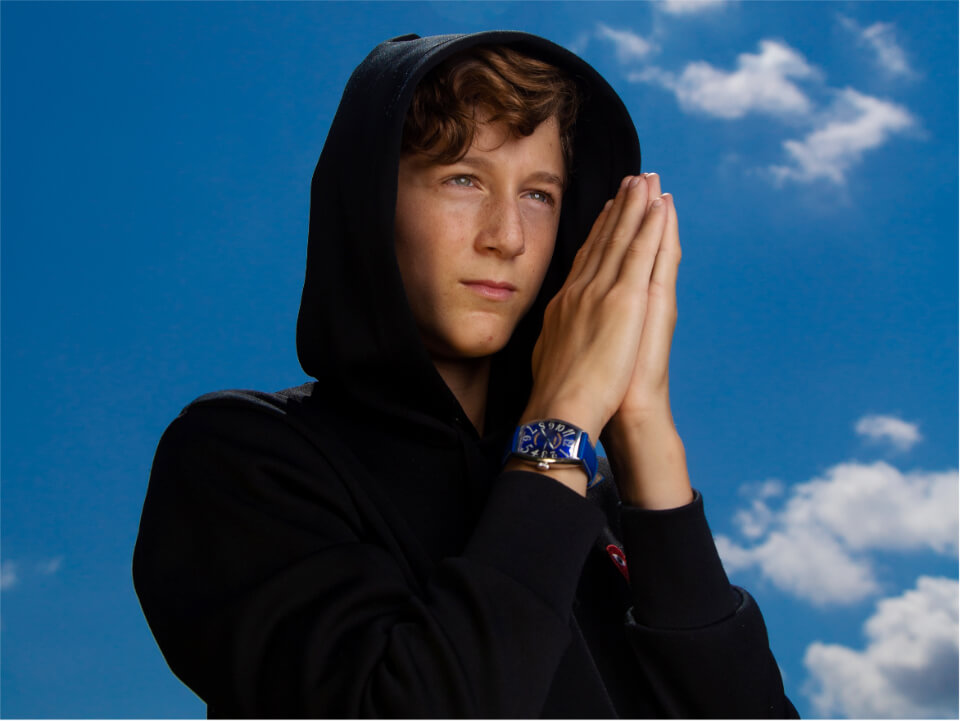 Lil Mabu is a New York-based drill rapper with more than 2 million fans. As per NY Post, he has amazed more than 2.6 million fan base with jaw-dropping actions like fighting cops, knocking over jewelry stores, and sleeping with “b—hes.” Whatever it is, he is born with a silver spoon and is taking the privilege of all the things he may get from his millionaire father. He is only 17 years old, and his real name is Matthew Peter DeLuca. As per IMDb, he is known for his work on Lil Mabu & Dusty Locane: No Snitching (2022), Lil Mabu & DD Osama: Throw (2022), and Maajins: Paper (2022).

Why is Lil Mabu in the news?

Although he has developed himself as a drill rapper and has found himself in the hearts of many young people, many discussions have been going on terminating drill rapping and various other types at the collegiate level. Last February, Brooklyn-based drill rapper Jayquan McKenley (18 years old) was killed and gunned down. After that, Mayor Adams called for the ban on drill rap and the use of social media for such purposes. However, the life being lived by Lil is far from that gritty violence and the cry that is often seen in the drill rapper’s life.

The 17 years old Lil, Aka Matthew DeLuca, is studying in school and is recently in 9th grade. He says he wants to make people stand out and get together for the cause and welfare of kids, MSK Kids, and kids walk. Through his Facebook video, he said that he wanted to support pediatric cancer research. But, not all people, or even those in the school, favor the music creation and the reputation of Lil Mabu. Before proceeding with his recent career of 4-5 years, he was only named Matthew DeLuca.

Lil Mabu was born on 4th April 2005 in New York City and he is the son of Peter DeLuca, 71. The father is sometimes seen in the cameos and the son’s work, walking and singing around the streets. Peter DeLuca is working as a Manhattan funeral director and was earlier accused by his ex-wife Jane DeLuca of some cheating cases of millions during their divorce.

He was once in the limelight after he was hit by his future client’s 91-year-old mother and eventually got a punch in his face. The tuition fee for Lil, who was then in middle school at Buckley, used to be around $55,500 per year. During that time, Lil was a standout student in the school and received the honor of “Headmaster’s Prize for Strength of Character.”

Lil is 17 years old young drill artist based in Manhattan, New York. He began releasing and working on his music skills professionally in 2019. Within just one year, he received tremendous popularity and created a sophisticated place in the hearts of many youngsters. Even he began his digital marketing talent, which is now evidenced by various audiences and fan following. The company was launched in 2020, making the youngster grow with his career. Besides this, the 17 years old young boy has worked with various other artists such as Tory Lanez, Lil Mosey, PNB Rock, Rich The Kid, and more, catching millions of views and subscribers.

Lil is in high school and has achieved high success, popularity, and a fan base and accumulated at least 100,000 views on most of his music videos. On YouTube, he has released videos like NO SNITCHING with Dusty Locane, and a diss with Bronx native Sha EK. You will find most of his songs without a label, a manager, a distribution label, and a signing contract. He has given a great example of an independent artist and inspires many others of the same age. You can catch him playing music on Spotify!

Lil is only 17 years old and is yet stuck in his career, his drill music activities, and various other things like singing or posing with the cop (as evident from his Instagram pictures). He is the young blood and is yet to achieve more in life.

Matthew has more than 1.9 million followers on TikTok, 387,000 followers on Instagram, 527 followers on Twitter, 331,000 subscribers on YouTube, and leads many other social media profiles while being in collegiate only.

Lil Mabu is known to live with his parents in the house consisting of a five-bed, five-bath, 3,327-square-foot condo on the Upper East Side. When he is on holiday, he escapes to vacations to the Hamptons, where the family owes a 6,182-square-foot mansion in Water Mill. The two properties are known to be worth $12 million, and that is what amount his father is known to owe.