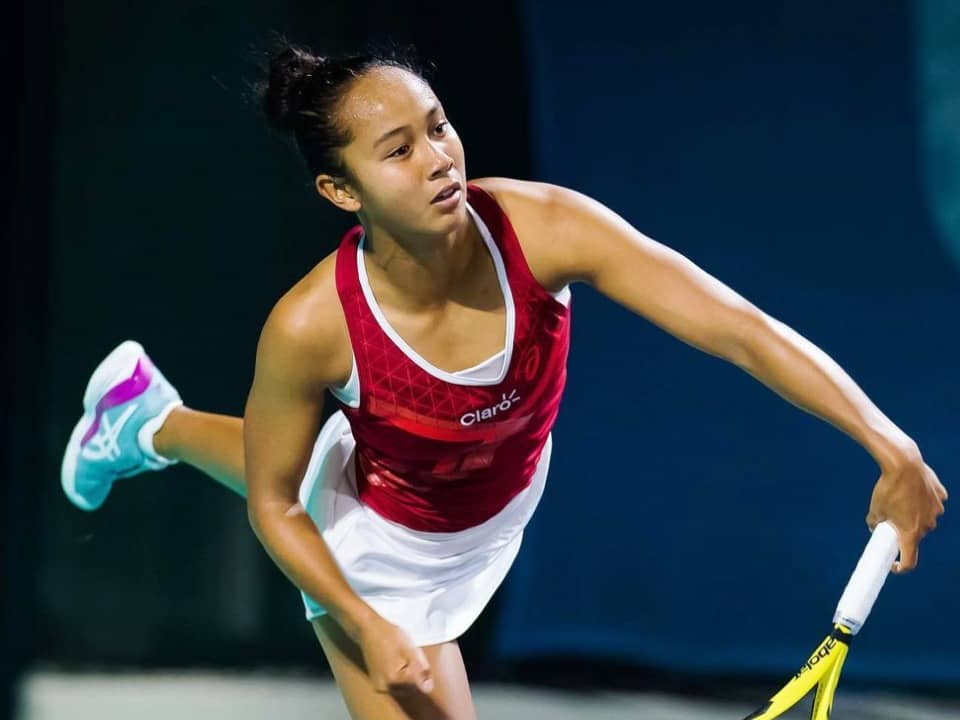 Leylah Annie Fernandez is a young and talented Canadian Tennis player who just shocked the world with her abilities. She plays a left-handed or two-handed backhand. Her highest ranking in singles is No. 66 and currently is ranked No.73. In the 2021 Monterrey Cup, she won her first WTA Tour singles title. She was also seen competing at Summer Olympics. She recently emerged as a teen sensation in the US Open after beating some of the top players. Despite the defeat, she received lots of praise from the global media because of her never-give-up attitude and aggressiveness in the court.

Leylah Fernandez was born on 6th September 2002 in Montreal, Canada. The name of her father is Jorge while the name of her mother is Irene and they all live in Boynton Beach, Florida. She has a younger sibling named Bianca Jolie who is a tennis player and an older sister named Jodeci who is a dentist. Leylah has completed her high school education at School Secondary Antoine De- St-Exupery. The details about her higher education have not been shared with the media yet. She showed an active interest in playing tennis.

In 2018 she began playing tennis professionally. She was seen in matches like Grand Slam Tournament and WTA 1000. From 2018-2021 she was seen playing at the Australian Open, French Open, Wimbledon, US Open, Miami Open, Madrid Open, Italian Open, Canadian Open, and Cincinnati Open. In 2019 at Junior Grand Slam Finals she won against Emma Navarro at French Open and lost against Clara Tauson at the Australian Open. At the ITF Circuit Finals singles held in 2019, she was seen competing against Carson Branstine, Lizette Cabrera, and Fernanda Contreras. While in doubles she played against Hsu Chieh –yu, Marcela Zacarias, Samantha Murray Sharan, Bibiane Schoofs, Robin Anderson, Jessika Ponchet, Veronica Pepelyaeva, and Anastasia Tikhonova.

In 2020 and 2021 doubles she was playing at the Australian Open, French Open, Wimbledon, and US Open. She was also seen at WTA Career Finals, where she lost against Heather Watson and won against Viktorija Golubic. Leylah created lots of buzz after reaching the Semifinal of one of the most reputed tennis tournaments, the US Open 2021. She made some miraculous plays throughout the whole tournament and defeated some of the most favorite to win. Leylah managed to secure her place in the grand final of the US Open however she had to settle for ending up at the runner-up spot.

After this, she surely gathered attention from the mainstream media which surely boost her career to an extent. At the moment, Leylah is trying to continue her impressive run in the year 2022 and competing in the US Open 2022 with the positive intent to not only reach but to win the grand final this year. At present, she reached the second round and going to face off Ludmila Samsonova tomorrow.

Leylah is currently single. The details of her past or current relationship have been kept private and away from the limelight. It seems she is avoiding any sort of distraction and likes to focus on her career. Along with that she also spends her quality time with friends and family.

Leylah Fernandez has earned a lot by playing tennis professionally and by participating in tournaments. She has earned $786,772 in her career as prize money and her salary is estimated at around $550,804. According to sources her net worth has been estimated at around $1 million. Some other sources of her income are brand endorsements and attending various events.