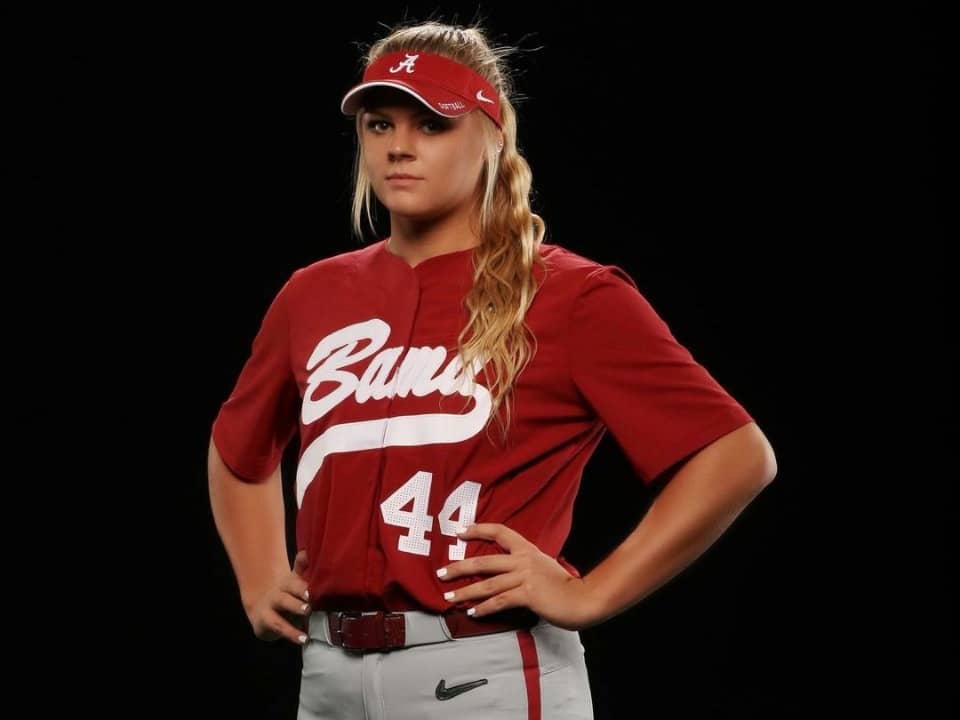 Lexi Kilfoyl is one of the rising softball players who play astonishingly for her team. She helps her team to win and motivates them to play hard and never give up. Lexi is currently in her sophomore year and serves for the team as a pitcher for She won numerous awards and accommodations and named many recognitions to make her team proud.

Alexis Olivia Kilfoyl popularly known as Lexi Kilfoyl was born on 30th May 2001 in her hometown Land O’ Lakes. She is a daughter to Darin and Christine Kilfoyl. Lexi shared her childhood with two brothers namely, Darin and Andrew. She knew her field of interest at an early age and her family fully supported her to follow her heart and believed in all her decisions.

Not much information is available regarding her earlier life but she completed high school education from Academy at Lakes and enrolled in the University of Alabama. During her high school days, she learned to master her play in softball. Given her accomplishments and blessed with astonishing skills, we assume that she is well educated.

Lexi Kilfoyl is one of the people who already know what they are meant to and what direction they have to choose to build their careers. She initiated her career while playing for her high school team. Lexi finished the 2018 season with a 0.48 ERA while also batting 0.563 with 12 home runs and 37 RBIs. She begins her freshman year while appearing in 13 games which includes 8 starts during the shortened season.

During her career debut, she earned a win against North Carolina throwing 6.0 innings with 2 unearned runs allowed and 7 strikeouts. Posted a pair of complete-game victories against Arkansas allowing 3 runs over 12.0 innings with 8 strikeouts. Lexi started her sophomore year in 2021 with 31 games including, 26 starts, 21 21 appearances, and 15 starts as a pitcher. She won against Liberty with 4.0 perfect innings. She got victory over Tennessee in game 2 before driving in the go-ahead run in game 3. Kilfoyl hit her first career home run in game 1 against 13th ranked Louisiana.

The famous athlete flaunts herself on social media through her pictures. She has been currently seen posting her vacation pictures and getting all tanned in summer. On her Instagram @lexikilfoyl, she has a reach of over 4380 followers, who supports and motivates her. She usually posts pictures of her victory and happy memories. On her Twitter, she uploads her trending stats, accomplishments, and upcoming matches under the username @lexikilfoyl, where she enjoys 1476 followers.

Kilfoyl believes in keeping her personal life a secret. She hasn’t opened any details yet in front of the media. While there haven’t been any records founds of Lexi dating someone. They are no rumors spread regarding her love life. Nor any traits of her past relationships are available. So, for time being, we assume that she is still single and in search of the life of her life.

As Lexi is yet in her sophomore year, she is not getting any income through her profession but soon expected to earn bundles of opportunities that will help her grow her worth. For now, her net worth and annual salary figures are under review. She is soon going to enjoy her money and live her life full of comfort and luxury. She earns through brand endorsements and commercial advertisements but her main source of income is her professional softball career.