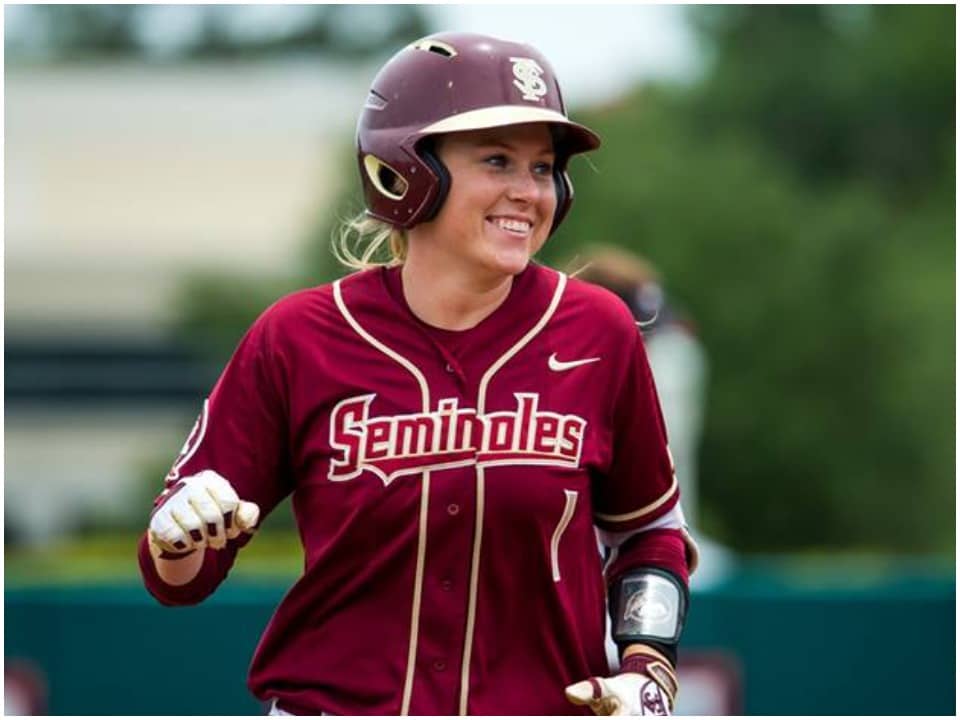 An American professional softball player, Dani Morgan who proved her worth for the FSU softball team with her gameplay and astonishing moves. She is listed in one of the best-looking softball player lists. She is currently playing collegiate-level softball for her college softball team. Morgan is on her journey to become the best of the rest and keep practicing her game and improves her faults.

Dani Morgan was born on 7th July and she might be between the age range of 20-26 years old. She is yet to reveal her exact birth year and the details regarding her parents’ identity as well. It is not known whether she has any siblings or not. She believes to keep her family history private and away from the media. Talent Dani attended East Coweta High School in Sharpsburg for her primary and secondary education.

She started playing high school-level softball for her high school softball team. Furthermore, for her higher education, she enrolled in the Florida State University and graduated with a bachelor’s degree in Sport Management, and was accepted into South Carolina’s Master of Human Resource Management program. She cut short her senior year due to the covid-19 pandemic and deferred her enrolment until 2021.

The sports personality initiated her professional career when she started playing softball as a part of her high school softball team. Later with the best scoring, she joined the collegiate softball team and started playing for the Florida State University. As a freshman in 2017, she never has imagined the experiences she would live through and the memories she would create at the University. Morgan has cherished each moment she spent in a Seminole uniform.

She has to cut short her senior year due to a pandemic and was devastated about it. However, NCAA Division I Council ruled in favor of relief for Division I spring student-athletes. So, she got another chance to end her softball career on her own terms. After the NCAA’s announcement, she decided to return to Florida State for her fifth and final season in 2021. For her next season, she has goals for her Seminoles.

The athlete is popular on the ground as well as on social media for her gameplay and goddamn looks. She looks no less than a model. She shares her pictures practicing softball and flaunting her victories over matches. Her Instagram account @danimorgan01 is flooded with 5069 followers, where she usually uploads pictures doing fun activities with her friends and family. She also posts pictures with her loved ones. While on her Twitter @DaniMorgan00, she enjoys 771 followers where she updates her fans about her upcoming matches.

Dani is currently in a romantic relationship with Parker Grothaus, an athlete who plays football for FSU. Both of them were found sharing their cute and cozy pictures on social media while sharing wonderful memories. They seem happy together. Hope to see both of them taking vows with each other and spending happy life ahead.

Being a professional softball player and glancing at her successful career, it seems like she will be earning a huge fortune in near future. Currently, she is totally focused on building her career and creating new milestones. Unfortunately, details about her net worth and annual salary are not available yet. Achieving success after success, she will be soon able to increase her net worth and expertise in her professional softball playing.