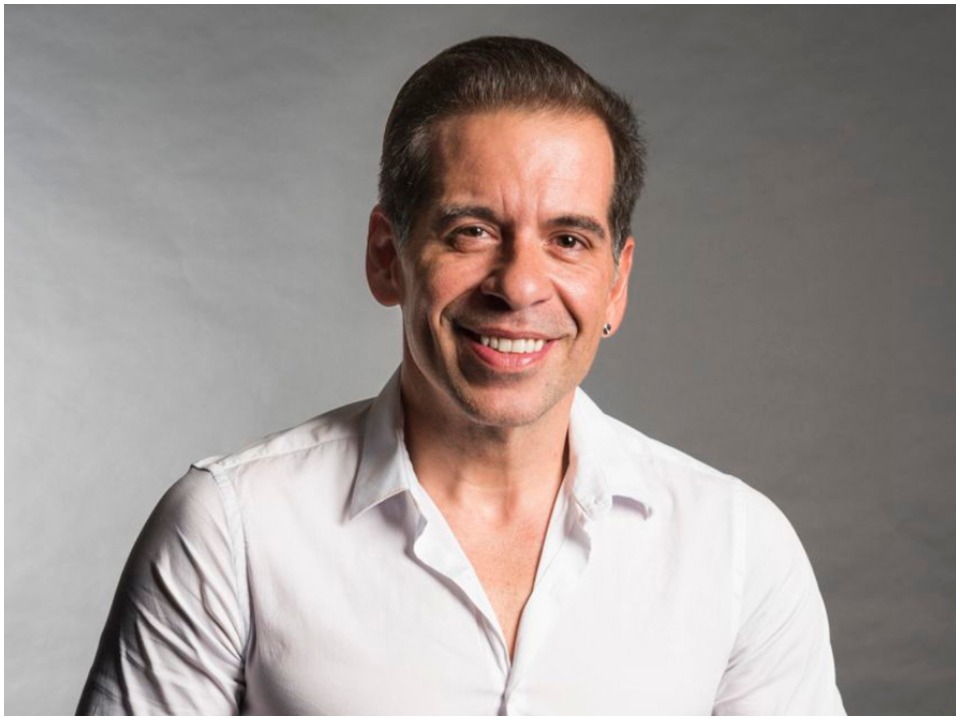 Leandro Hassum Moriera, a Brazilian actor, producer, writer, and comedian famously known for his work in the Ate que a sorte nos separe franchise and also for his voice acting. He is well known for his humorous and cheerful personality in the entertainment industry.

Leandro Hassum was born on 26th September 1973 in Niteroi, state of Rio de Janairo, Brazil to his parents Carlos Alberto da Costa Moreira and Leda Nogueria Hassum Moreria. He grew up in his hometown with his sibling Carlos Alexandre Hassum Morieira.

Leandro has not shared any details about his education and qualification but is believed that he completed his high school graduation from a local school in his hometown in Rio de Janeiro. He is also known to have attended Teatro O Tablado to study theatre and drama.

Leandro started his career as an actor in the year 1990 when he got his first-ever role in the movie Festinha de Aroomba as a champion motel. He later got another role in the 1998 television show Pecado Capital in the role of Marcos followed by a brief appearance in 1999 show Voce Decide. His career took off in the year 2000 when he got the role of Jorginho in the tv show Zorra Total. He appeared in the show for all its running seasons till 2010 and gained a lot of recognition. Meanwhile, he appeared in a lot of films like Xuxa Abracadabra, Taina 2, SE Eu Fosse Voce, and Xuxe Gemeas among many.

He also started dubbing for films as a voice actor and his first-ever dubbing role was of Rhino in the movie Bolt in 2008. In 2012, he was cast in the movie Ate que a Sorte nos Separe and later joined the cast for its sequel in 2013. The role gained him a lot of praise and recognition and became his breakthrough role. He also dubbed for the famous animated film Despicable Me 2 the same year and also starred in the show Cheias de Charme the same year. In the following years, he appeared in films and shows like Flor do Caribe, Divertics, Geracao Brazil, A cara do Pai, Despicable me 3, Free Birds, and many others.

He had also been active in theatre over the years and has participated in plays like Mercedes de Medelin, Nos no Tempo etc. Recently, he appeared in films titled O Amor Da Trabalho 2019, Osmar the first slice of the loaf 2019, Just another Christmas 2020, Just short of Perfect 2021 and is also currently filming for his upcoming film A Lasanha Asasina in the role of Don Bolognesi. The film is set to be completed and released by the year 2022. His most recent released show Amor sem medida was released yesterday and within a day it has reached one of the most viewed shows on Netflix and ranked at number 3 in Brazil.

Leandro is currently married to Karina Gomes. He got married back in the year 1998 and also has a daughter named Pietra Hassum. His daughter is also an actress and has also worked with him in the film Just Short of Perfect. He has not shared much about his personal life other than this.

Leandro Hassum has been working in the entertainment industry for decades and has earned a lot of fame and wealth. He has earned a lot through a number of films and tv shows he has been part of over the year and his net worth as of 2021 is estimated to be around $10 million although official reports haven’t disclosed his actual worth.