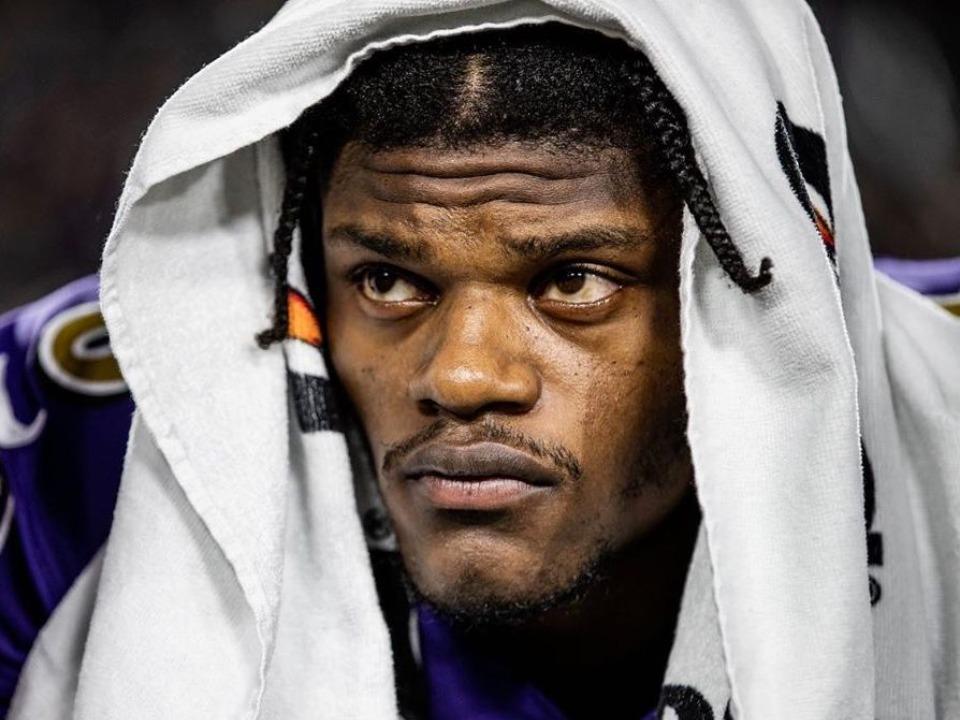 Lamar Jackson is one of the youngest and highest-scoring American Football Player. He is quite a reputed and famous player. With his outstanding performance, he used to catch his every fan’s attention. In National Football League he ranked 32nd in the overall selection and played for Baltimore Ravens. He also has his own clothing line in which he deals in Sporting apparel and required tools.

Lamar Jackson was born on 17th January 1997 and raised in Pompano Beach, Florida, United States of America. His father’s name is Lamar Sr., he died in a car accident when Lamar was young and was raised by his mother Felicia Jones. He grew up in an economically distressed community. He went to Santaluces Community High School in his sophomore year. Later He was transferred to Boynton Beach Community High School, Florida from where he started his football career from his coach named Rick Swain. Further for his higher studies, he attended the University of Louisville and still continued playing Football.

Jackson’s career began during his schooling days as he has set the best record during those days. He played 16 games at Boynton Beach where he ran for 1,624 yards and 22 touchdowns, threw for 2,263 yards for 31 touchdowns and 102.7 was his accumulated quarterback rating. After his outstanding performance, he was named the Lou Groza in 2014 as Palm Beach Country High School Player. He also received a lot of recruitment opportunities from other famous universities as he has a rating of 4 stars. The University of Louisville was the college he made a decision to join when the head coach “Bobby Petrino” promised his mother that he will play Quarterback.

He made a decision to enter the 2018 NFL Draft and he was selected by Baltimore Ravens ranked 32nd overall. During NFL scouting, he declined to take part in run drills like 40-yard, 10 Yard Split, 20 Yard split, and many others. He made his debut when he played against Buffalo Bills and won. He helped his team defeat Los Angeles Chargers in week 16, completing 12 with performance 22passes for 204 yards, and a touchdown 22-10. In 2019 Unanimous NFL MVP he had a total score of 36 touchdown passes and a quarterback rating of 81:10 also led rushers with 6.9 yards per carrying average.

During this season he was the first player with 43 total touchdowns and a 9.0 passing touchdown percentage. He completed the season with scoring 31 of 59 passes for 365 yards, 1 touchdown, and 2 interceptions. He has also rushed 143 yards for 20 times and became the first player to throw for 300+ yards and rush for 100+ yards in a playoff game. In total, he alone scored 500 yards of offense. With his outstanding performance, he became the youngest NFL quarterback in history to play a Pro Bowl Game.

In the 2020 season, he played against Cleveland Browns and went 20 for 25 for 275 yards and 3 touchdowns in Raven and it was a victory for them. After this, he was called AFC Offensive Player of the week. Apart from his American football career, he has also made an appearance on various shows like Family Feud and commercials such as Government Employee insurance company and Pizza Hut. Lamar was a cover athlete in a video game called Madden NFL 21 by EA sports. In 2019 he started his first sportswear retailer Fanatics announced that all his stock has been sold. He also gifted Pope Francis on of his Ravens Jersey. In 2018, Lamar launched his own line of sportswear called Era 8 Apparel. Later he signed a deal with Oakley Inc. which deals with the production of sunglasses, sports goggles, and football helmet visors in August 2020.

He does a lot of charity work and donates his money to charity. The charity deals with feeding students every day in Louisville. Recently he has donated $250,000 to it he earns money from making various appearances.

He is currently dating Jamie Taylor. There is no information given about Jamie’s profession. Also, Lamar prefers to keep his personal life private and is very sneaky.

His net worth is estimated at around $4 Million as he earns from his football career, appearances, and his business where he deals with sports apparel and the required gadgets.