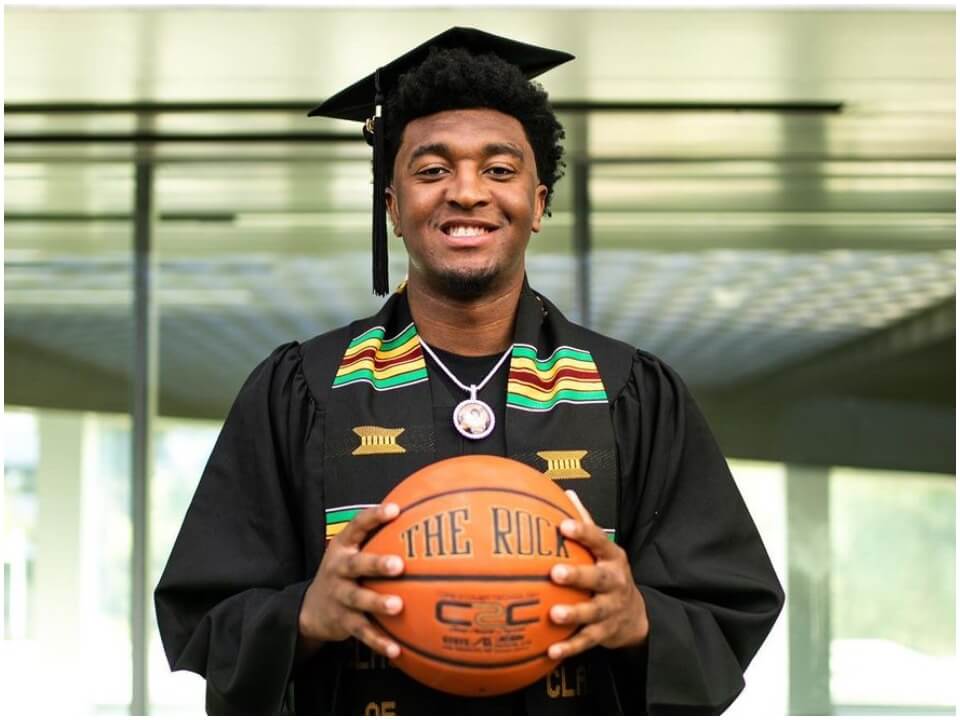 Kyree Walker, an American basketball player. He signed up with the training program Chameleon BX. Early in his high school, a former MaxPreps National Freshman of the year, Walker was a five-star enlist but left as a four-star recruit. He got his fame as a Highly-touted basketball player, who became part of AAU Team Oakland Soldiers.

Walker was born on November 20th, 2000. He is a 20-year-old famous basketball player. Basketball has always been his dream and profession since his childhood, which we can evidently see in his games. Khari Walker and Barrissa Gardner are proud parents of Kyree Walker. His father joined the coaching staff at Hillcrest Prep Academy where Kyree got trained. His family has always been supportive of his basketball career. Also, his grandfather played football for the Detroit Lions thus, we can basically say that Kyree’s role model has always been his grandfather and following his footprints for the same.

Walker graduated high school studies from Moreau Catholic, Hayward, California. Just after he got into his sophomore season, he transferred to Hillcrest Prep Academy, a basketball program in Phoenix, Arizona. On October 25th, 2019, he left Hillcrest Prep Academy in order to move ahead to the college or professional level. In December 2019, he finally graduated from high school but didn’t play high school basketball while weighing his options. He got offers from multiple colleges, but in order to get into NBA, he rejected them all.

Early in his 8th grade, he first started playing football for his school where he came into notice for his Slam Dunk in highlighted videos. He was a well-known player of his High School team and played for Moreau Catholic High School in Hayward, California, averaging 21.3 points, 6.5 rebounds, and 4 assists per game. He earned his name as MaxPreps National Freshman of the year, by leading his team to California Interscholastic Federation Division II runner-up finish.

On 30th June 2017, over several other NCAA Division I offers, he stayed with his college and played in college basketball for Arizona State. At this time, he was considered a five-star recruit and was also got listed as top 5 players in the 2020 class. Although, he decided to leave Arizona State on October 21st, 2018, and later on 20th April 2020, he publicly announced that he will forego college basketball. Right after that, he joined the training program Chameleon BX in order to prepare and get more dedicated towards the 2021 NBA draft.

In 2018, Kyree’s mother has been diagnosed with breast cancer but due to supporting family and highly professional treatments, she has started to recover. During the same year, he lost his grandfather which made him numb. Due to these hard times, he has been passing through, his basketball performance has a negative impact which is highly considerable. Even though walker just entered the basketball world, huge fans got carried away by his mind-bending gameplay. He is also quite popular on social media where he has got 509K followers on his Instagram account with 1000+ likes on every post. on his Twitter account, he has fan followers of 19.4k under @kyreewalker1.