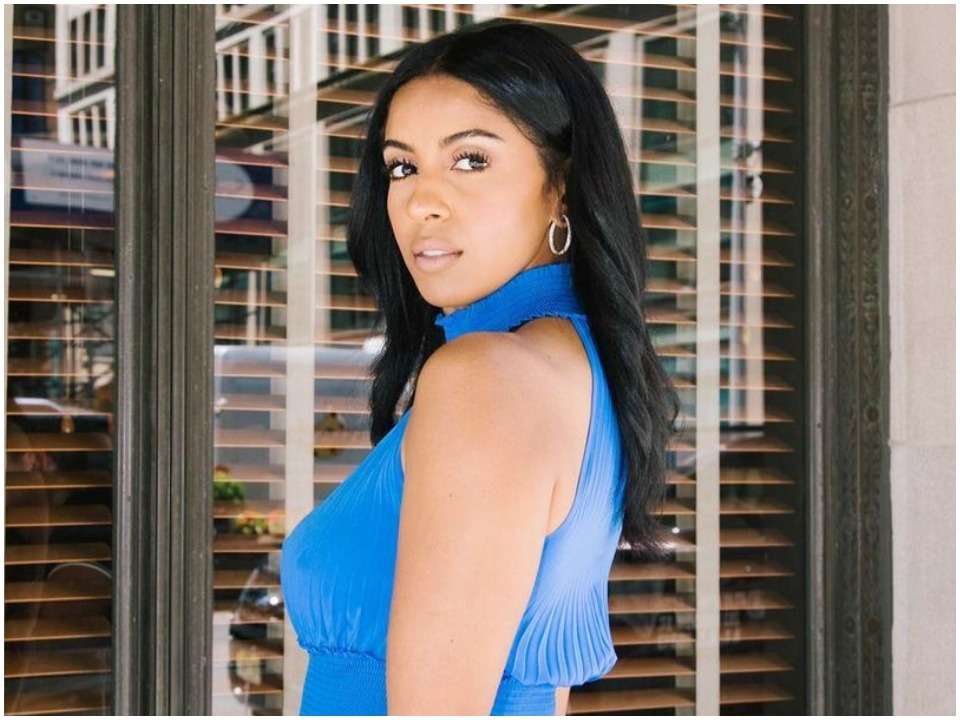 Kyra Epps is best known for her marriage to the famous and everyone’s favorite comedian Mike Epps. Apart from being known for this, Kyra Epps (neé Kyra Robinson) also has a career in the entertainment industry where she works as a TV producer.

Kyra Epps is 37 years old and she celebrates her birthday on the 16th of September every year. When she delivered her second child with Mike Epps, she went to Instagram showing her gratitude. She said that this was her special birthday with the followers because she was waiting for the little one to come into this world. Kyra also expressed that the year brought self-awareness, confidence, and strength to her about which she feels proud. She further added that she was grateful to the life and loved the feel of it.

Kyra went to Columbia College in Chicago where she studied journalism broadcast/production. After that, she went to the Universidad de Veritas in Costa Rica and studied Latin American history and journalism. After completing her graduation, she returned to Chicago and pursued her studies at Columbia College. Later, she had to take off her career because of a show that landed her to work with the former The View executive producer Candi Carter. Currently, Epps is a part of the Oprah Winfrey Network (OWN). According to her LinkedIn profile, she has also tried her hands in producing shows.

To name a few, it includes Paternity Court and Sex Box. Kyra is no more a stranger to the entertainment industry. She has been a seasoned employee at the Oprah Winfrey Network (OWN). Also, she has served as the producer of Iyanla: Fix My Life and Just Keke. She has also been honored with an NAACP Image Award for her work. Since she attained the age of adulthood, she knew that she wanted to become part of the entertainment industry. She realized that she wanted to develop her television program at the age of 21. Thereby, she came to land on the network OWN.

Epps and Kyra met sometime in 2017 at an airport. They dated for a few years and later tied the knot in an intimate ceremony. Their ceremony was attended by Snoop Dogg and T.I in June 2019. Previous to this marriage both partners were divorced. Mike was married to his first wife, Mechelle McCain in July 2006. They got divorced in September 2017. With his previous relationship, Mike has two daughters named Mariah Epps, who was born in 2005, and Maddie Epps, who was born in 2007. Mike also has two other children from his previous relationship. His other two children are named Makayla Epps and Bria Epps. Kyra who became a mother for the first time and Mike Epps, who became a father for the fifth time, welcomed their first child Indiana Rose Epps last year.

After the birth of her first child, she expressed her bundle of joy on social media. This amazed her fans by wondering about her age. Kyra and Mike Epps later announced the arrival of their second child on 13th October 2021. The couple who had their wedding in 2019, already have a daughter named Indiana Rose who they welcomed in March last year. In one of her posts on Instagram, Kyra revealed the arrival of her second child saying that she became the mother of a son. She captioned the picture of the baby and wrote,” Son, we prayed for you!!!…. Mama loves you so much.” Mike Epps also shared a picture of his son and fans were shocked seeing the image of the second child. The pair received comments that both of their children look alike. The genes are strong in his family.

Kyra Epps is one of the successful personalities who is a black woman and feels proud of being that. She has attracted good fortune because of her work in the entertainment industry. She earns somewhere between $1 million and $5 million.