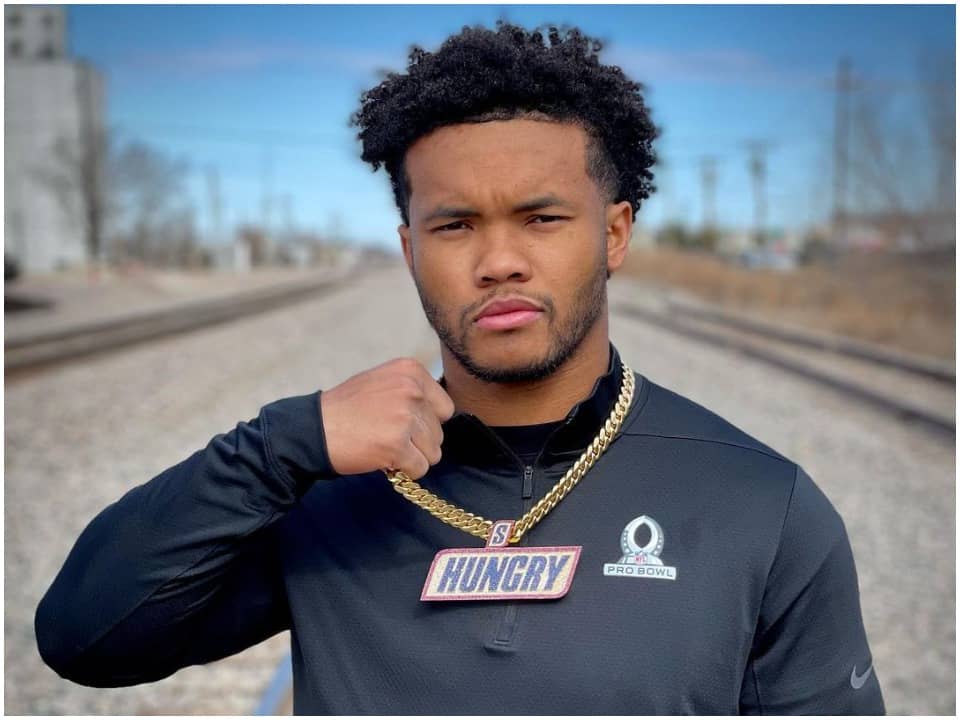 Kyler Cole Murray is an American Professional football Player who plays as a Quarterback for the Arizona Cardinals in National Football League. He has had a great college and high school career and turned professional in 2019.

He was born on August 7th, 1997 in Bedford, Texas, USA. He was born in a Christian family and belongs to half African-American and half Korean-American ethnicity. His father Kevin Murray was also a Football player while his Uncle Calvin was a baseball player. There is not much available about his mother Misun Henderson. His maternal grandmother was a South Korean and thus he shares Korean ethnicity. His cousin Devin Duverney is also a football player.

Kyler has completed his high school graduation from Allen High School in Texas and later went on to attend Texas A&M University. He left the University in 2015 and later attended the University of Oklahoma in 2016. He graduated in the class of 2018.

Kyler started his career in his high school where he was part of the school football team and in his senior year, he became the Gatorade Football Player of the year. By the end of his high school career, he was ranked as a five-star recruit by 24/7 Sports, ESPN, SCOUT.com, etc. he signed with Texas A&M University as a football and Baseball player. He started playing as a quarterback for the Texas A&M team in his freshman season in 2015.

He performed well but was outperformed by Kyler Allen who was then chosen as the Quarterback for the team leaving Murray on the sidelines. Kyler then transferred college to the University of Oklahoma after his freshman year in 2015. He played the 2017 season with Oklahoma University and made his debut against UTEP. By 2018, he became the starting quarterback for the team and led the team to the Big 12 Championship.

In his senior year, he decided to forgo the baseball career and started to go ahead with the NFL draft. He entered the 2019 NFL draft as the top quarterback prospect and was drafted by the Arizona Cardinals. Murray made his professional debut against the Detroit Lions and played his rookie season with great form. He was named the Pro Bowl Alternate and became the NFL offensive rookie of the year award. In the 2020 season, he won the NFL offensive player of week several times for his amazing performances back to back every week in different games.  Recently in 2021, he joined the FaZe e-sports clan

Kyler likes to keep his personal life private and has always kept his relationships on the low surface. He is currently believed to be single and completely focused on his career. He was earlier rumored to be dating Morgan LaMasters and Madison Compton but none was confirmed. Murray currently has 1.2million followers on his Instagram account while on his Twitter he has a following of 304k. he is not known to be on any other platforms.

Kyler is known to have played football for several years as a student and finally started earning regular income in 2019 after he was drafted in NFL. He earns a lot of income from his profession and his net worth as of 2021 is estimated to be around $10 million.