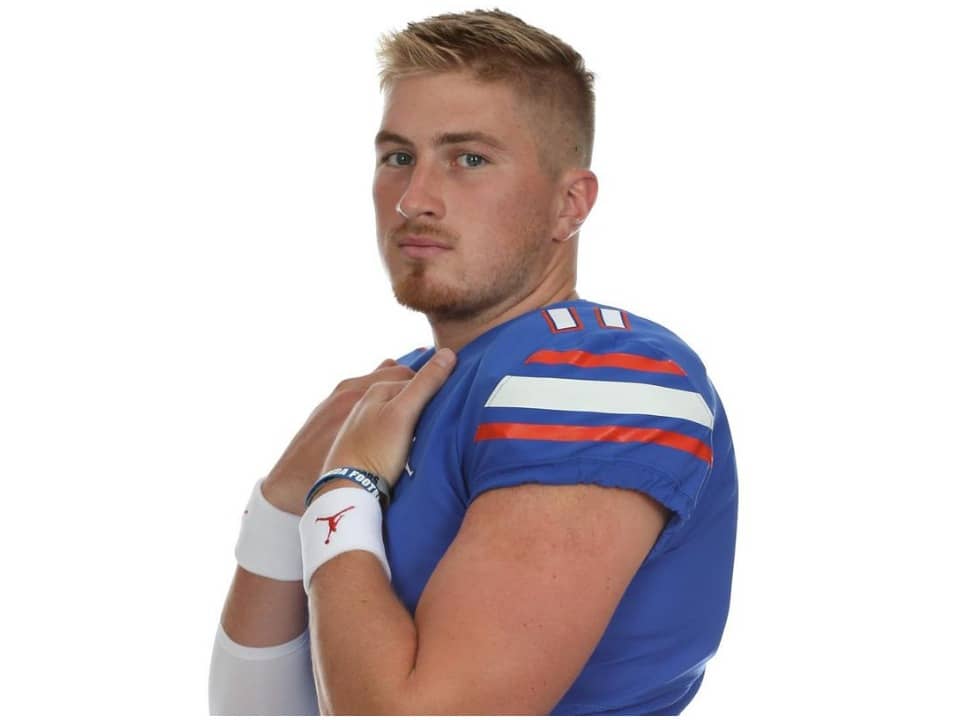 Kyle Trask is an American Footballer and is playing for an NFL team named Tampa Bay Buccaneers. His position is as a Quarterback. Previously he has played college football for the University of Florida. In 2020 he was awarded Earl Campbell Tyler Rose Award and also highlighted as FBS Passing touchdown leader.

Kyle was born on 6th March 1998 in Manvel, Texas, United States of America.  The names of his parents are Micheal Trask and Melissa Charba. He was named after Texas A&M University’s football stadium. At a young age, he showed an active interest in the field of sports. Kyle went to Manvel High School in Texas and completed his high school education. For his further and higher studies, he went to the University of Florida. Over there he played football for the college.

During his high school, his freshman year he served as a backup to D’Eriq King and did not start games. In 2016 he played football for college. He was redshirted in his first year. In 2018 he played four games as a backup to Feleipe Frank who suffered an injury. His score was 14 of 22 passes for 162 yards and a touchdown. In 2019 he took over as the starters as he was backup for frank. He played matches against Tennessee and Vanderbilt. Next year he played matches against Ole Miss, Georgia, and other teams.

He became the first quarterback in SEC history in the match against Georgia. In 2021 he went for the NFL draft. In the 2021 NFL Draft, he was selected by the Tampa Bay Buccaneers. He was picked in 2nd round, 64th overall of the draft. Despite ups and downs in his debut match for the team, he got lots of praise.

Kyle is currently in a relationship with Jade Caraway. Jade is part of the University of Florida’s Women’s and plays Softball as a Centerfielder. They began dating in September 2018 and are also celebrating their anniversary.  The couple also posts a lot of pictures on their social media account. Even during quarantine, they both supported each other.

Kyle has earned a lot as a football player. On 8th June 2021, he signed a four-year rookie contract with Tampa Bay which was worth $5.54 million, and a $1.39 million signing bonus. According to sources his net worth has been estimated at around $3 million. Some other sources of his income are from sponsorship and by attending various events.