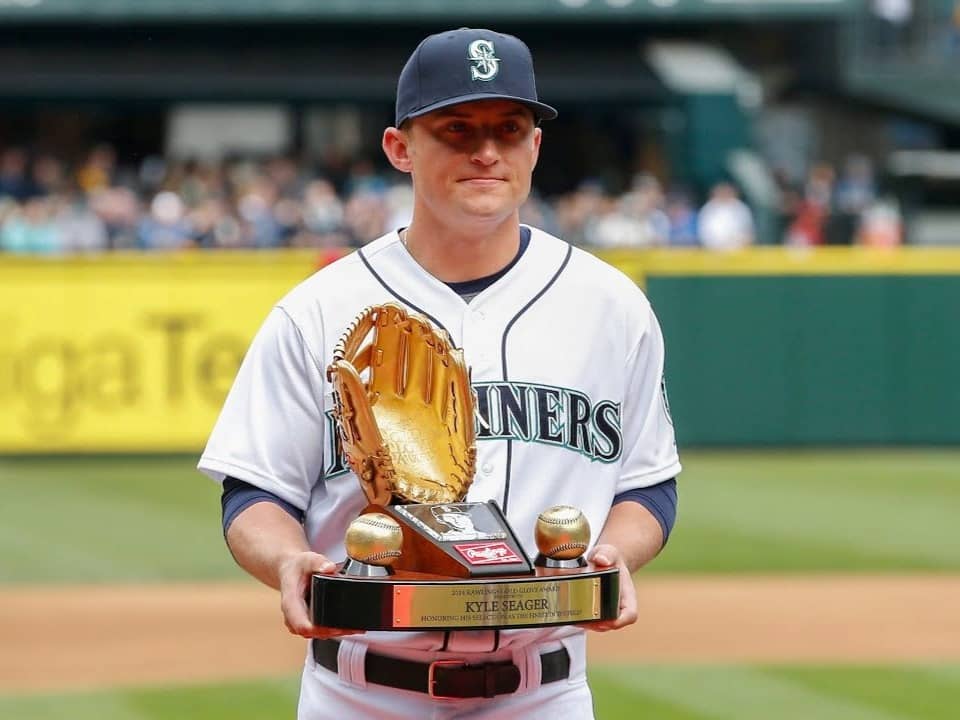 Kyle Duerr Seager or popularly known as Kyle Seager is a professional baseball player with American Nationality. He plays Major League Baseball for the team Seattle Mariners. He has worked hard in his whole career since the year 2009 when he was selected in the MLB In the third round, he has done substantial hard work in order to achieve whatever he has and he has won multiple awards at various levels and engraved his name onto different titles, he has won the All-Star award in addition to the Gold Glove Award.

Kyle Seager was born in the Charlotte city of North Carolina state of The United States of America. He was born to Mr. Jeff Seager and Mrs. Jody Seager. Further, he was born in November of 1987 and he celebrates his birthday every year on the 3rd of November. He spent his childhood being the oldest of his 2 other brothers named Corey Seager and Justin Seager. Both his brothers are professional baseball players, one of them plays for the Dodgers, and the other plays for the Mariners.

Being from a sports enthusiastic family Seager started his baseball career during his high school and further he continued the legacy in the university and hence he played college baseball, there he won Dick Howser Trophy and Brooks Wallace Award. It was in the year 2009 when his professional career got a major kick and he played for the class-A Clinton Lumberkings and he played a game for AZL Mariners too. In the July of the year 2011, he signed a professional contract with the Mariners and he played against the Tampa Bay Rays.

Further, in 2012 he played against Chicago White Sox and hit a Grand Slam. In the year 2014, he was honored with the Golden Glove Award, and in the same year, he extended the contract with Mariners for another 7 years. In the year 2017, he scored 27 home runs and gave an eye-catching performance. He completed 200 home runs in the year 2020 in a game against the Los Angeles Angels of Anaheim and completed the 2020 season with 9 home runs in addition to 40 RBIs.

There are enormous pages on Instagram by his name, but none of them seems to be real or genuine. All of them are his fan pages. Further, he doesn’t even tweet on his Twitter handle(kyleseager1), it seems to be a dead account with just negligible followers and tweets. On a whole, it can be concluded that he doesn’t use any social media platform actively.

He was in a relationship for a long time with a girl named Julie and they kept it secret and it was in the year 2011 when they tied the sacred knot of marriage. Both of them are enjoying a happy married life in New York City and they are blessed with 2 kids, one boy and one girl however they haven’t disclosed their names yet. Further, there aren’t any past affairs and relationships of Him which could be fetched from the web.

He has multiple sources of income including championship amounts, monthly salary, bonuses, incentives, and sponsorships from brands. Further, his name is listed in most popular as well as richest baseball players, being a rising sportsperson it is difficult to predict his net worth but some of the sources approximated his net worth to be nearly $1-3Million.