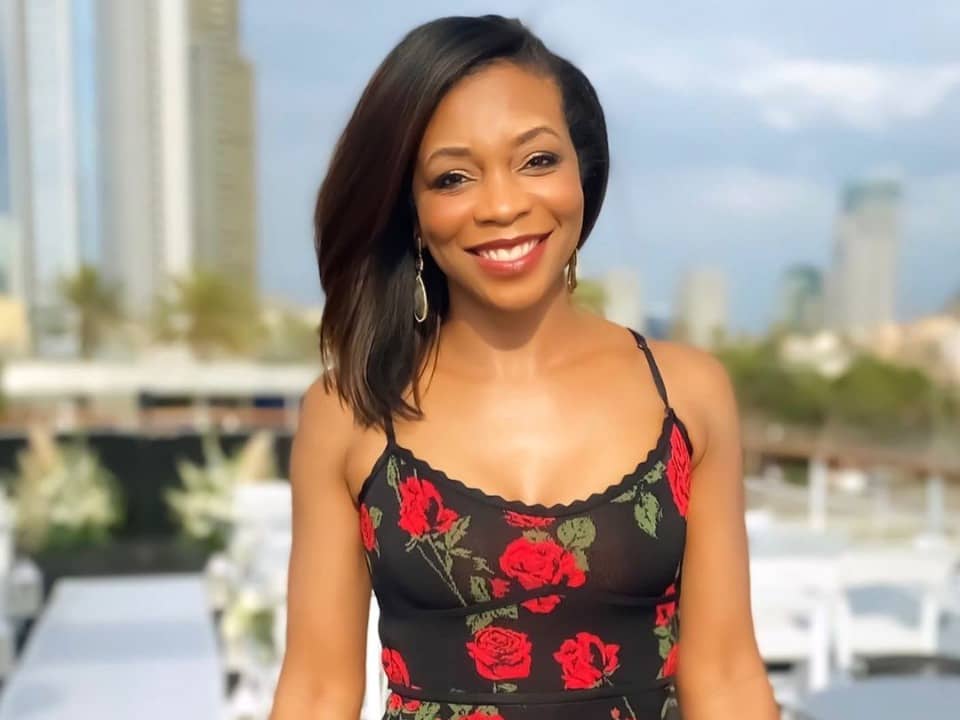 Kristina Pink is an American sports reporter renounced for her work at the FOX Sports Network. She is known for her sports coverage show Thursday Night Football on Fox about NFL and also for being the LA clippers courtside Reporter.

Kristina Pink was born on 12th March 1986 in Miami, Florida in an African-American family. We are finding information about her family as has kept it out of our radar. She grew up loving sports and watching basketball with her mother. She has a kid brother as well but his name is still a mystery. Kristina completed her high school education at Pembroke Pines High School. Later she graduated from the University of Florida and obtained her Bachelor’s degree in telecommunications in the year 2007.

Kristina started her career as a Reporter during her college years where she used to write about athletics and sports stories for the University paper and was also a sportscaster at University’s television and radio station. After she graduated from the college in 2007, she joined the WTVJ-TV channel, an NBC affiliate as a sports reporter, and simultaneously working for WGNO-TV in New Orleans. In 2008, she joined the WDBD-TV channel as a sports anchor. She worked there until 2010 and covered the Super Bowl XLIV and Pro Bowl. After a couple of years, she also left WTVJ-TV and went on to join the Fox Sports network in 2012.

She started reporting as an NFL reporter for FOX and also used to cover college football for the next few seasons. In 2016, she worked alongside Dick Stockton and Chris Spielman and the following season with Kenny Albert and Ronde Barber. In 2018, she covered the Wild card Divisional and Championship games for Fox sports and worked as a courtside reporter for Los Angeles Clippers team at the same time. Currently, she works along with Joe Buck and Troy Aikman on the show “Thursday Night Football” and on the show NFL on FOX where she covers analysis and discussions about NFL.

Kristina is currently a single woman and wants to stay single for some time. She is focused on her work and relationships could be distracting. She prefers to keep her personal life to herself. In her free time, she likes to exercise and fitness geek. She is currently one of the fittest sports reporters in the industry. Currently, she is settled in Los Angeles.

Kristina Pink has had a successful career in sports reporting and is paid generously since her career began. She earns on an average of $68,000 each year and her estimated net worth as of 2021 is around $1.5 million.